The future of Ferrari

The story of a paradox. In order to conform to the environmental requirements in force, Ferrari is presenting the 296 GTB with an engine that, although smaller than its predecessors, having been stripped of two cylinders and converted to a hybrid, is the most powerful ever installed in a mass-produced car. A work of art.

True fans have known it for generations. Ferraris have a V8 or V12 engine, end of story. The legendary V6 engine 246 from the late 60s (the one driven by Tony Curtis in The Persuaders!) thus didn't bear the prestigious Prancing Horse badge and went by the name Dino. But half a century later, environmental standards got the better of this profession of faith. And so we give you the 296 GTB berlinetta with a 3-litre V6 and staggering stats. With 663 cv, it has a power output of 221 cv/l, a new record for a production car. And as if that wasn't enough, the 167 cv electric engine weighs in to give 830 cv total hybrid power output. Yep, you read it correctly, 830 cv...

We won’t go into all the details of Ferrari’s technical innovations that make this twin-turbo V6 so athletic. But in short, the Italian engineers started from a blank page and put all their expertise into this 120° V6 engine with two turbochargers. 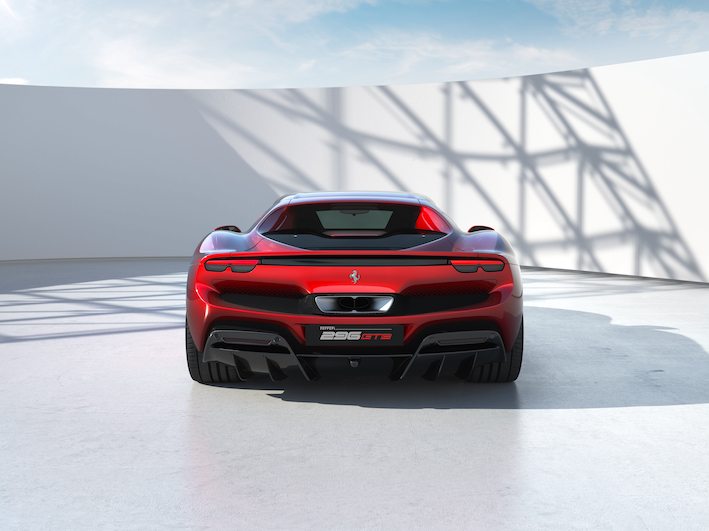 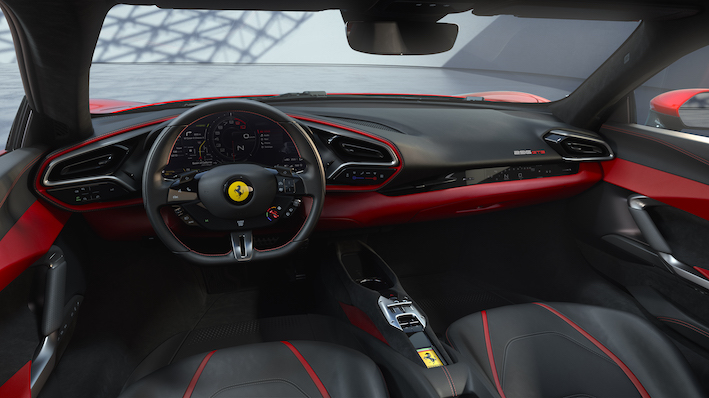 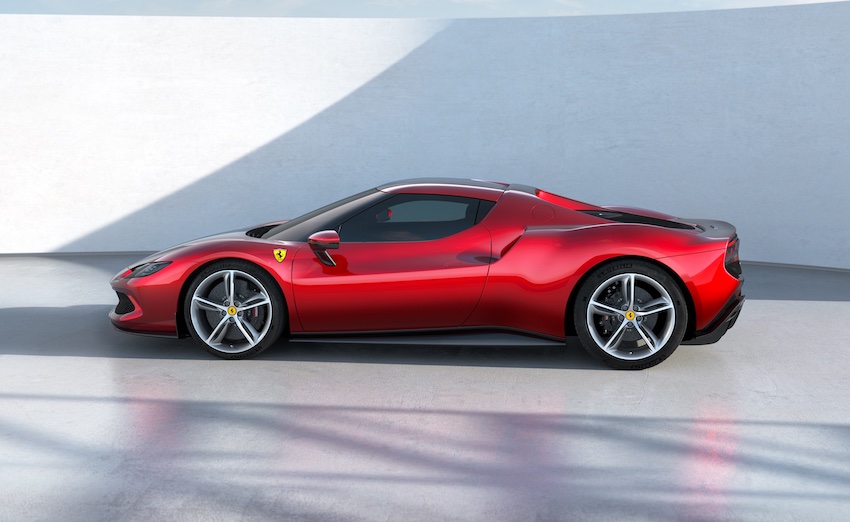 And the icing on the cake, the (rechargeable) hybrid engine guarantees the 296 GTB a Crit’Air 1 Air Quality Certificate in France which opens the gates to driving in city centres with restricted circulation. With a pleasing 25 km (16 mile) range and a top speed of 135 km/h (84 mph) in electric-only eDrive mode.

Its price starts at €269,000 (around £230,000). A substantial sum in itself, but one that won't put off amateurs thanks to the car’s unique positioning and performances. As for the style, we’ll let you be the judge. Personally we can't fault it.