Home›So...PASSIONS›So…Luxe›A glimpse into the life of Karl Lagerfeld
So…Luxe, So...PASSIONS
by Laurent Caillaud
share this

A glimpse into the life of Karl Lagerfeld

A truly extraordinary auction is set to take place in Monaco then Paris this December, presented by Sotheby’s: 1,200 lots from the Karl Lagerfeld estate, objects from his private residences and personal wardrobe, give an insight into the life of this pop culture icon. What could be more SoBARNES?

Pushing back the borders of fashion, Karl Lagerfeld (1933-2019) was a media god, both omnipresent and secretive. The auction entrusted to Sotheby’s is entirely in keeping with his ambitious image: presented in Monaco from 3 to 5 December and in Paris from 14 to 15 December, the catalogue comprises some one hundred pieces reflecting the couturier’s passion for the contemporary design of the 2000s combined with more classic inspirations, drawing on 18th century arts and Art Deco.

Nothing short of a backstage look at the homes decorated by the man himself over the past twenty years. And an opportunity, for the highest bidder, to walk away with a pair of sunglasses, a china service, a gold pocket watch monogrammed “KL”, a pair of Louis XVI armchairs, a library step ladder or a Rolls Royce convertible!

“The story of this sale is of Karl Lagerfeld at home, of the private man behind the public persona”, explains Pierre Mothes, vice president of Sotheby’s France. “A glimpse inside his homes reveals a designer who knew how to perfectly balance the old and the new, the traditional with the radical, the serious with the surprising, and often with a twist of fun. It is items like these, and the most personal pieces offered throughout the sales, whether they be from his celebrated wardrobe, his dressing table, his linen cupboards or silver chests that help piece together the story behind the persona of one of the great designers of our times”. 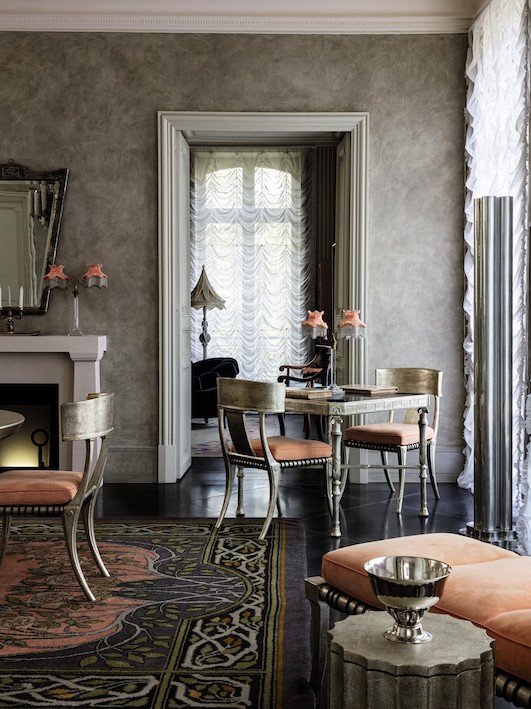 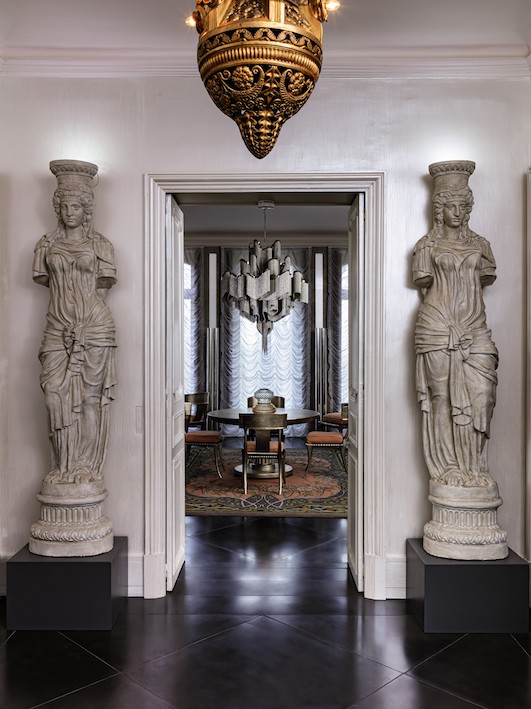 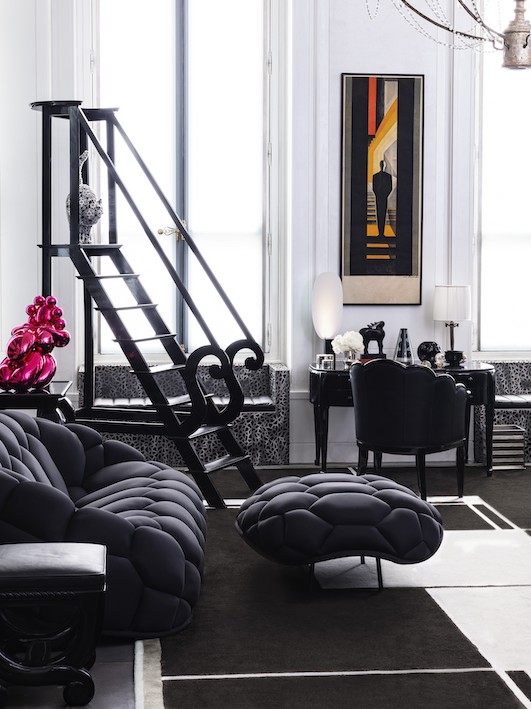 The auction gives us a glimpse into two of his until-now private residences: a two-storey apartment on Rue des Saints-Pères in Paris, which features minimal design with decorative arts, and a 19th century villa in Louveciennes, near Versailles. The latter is described as a love letter to his German roots, featuring numerous posters from the early 20th century.

A personal life that naturally includes numerous references to his cat, Choupette, seen on the embroidered cushions, in drawings and on the bust of Karl Lagerfeld. 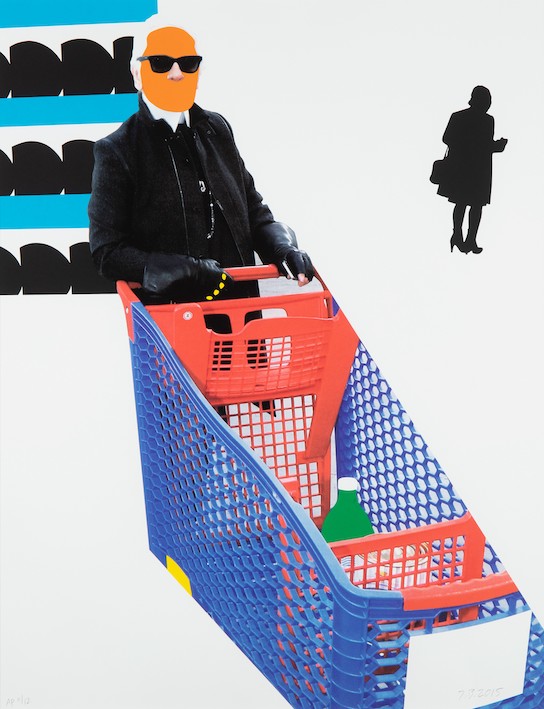 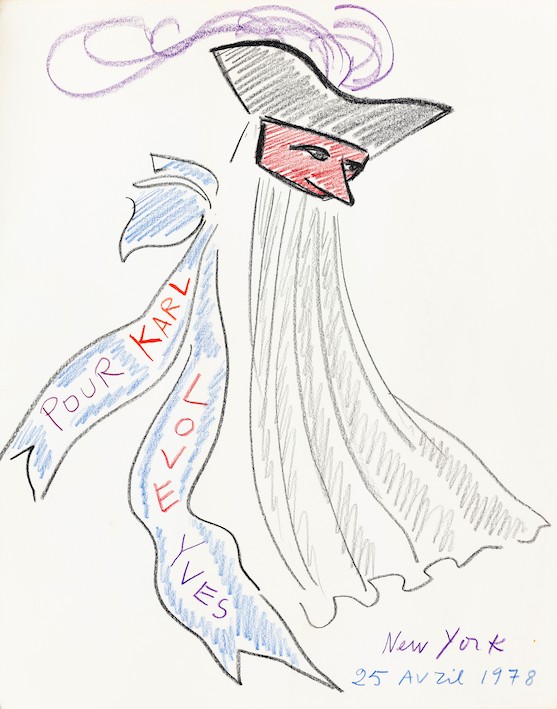 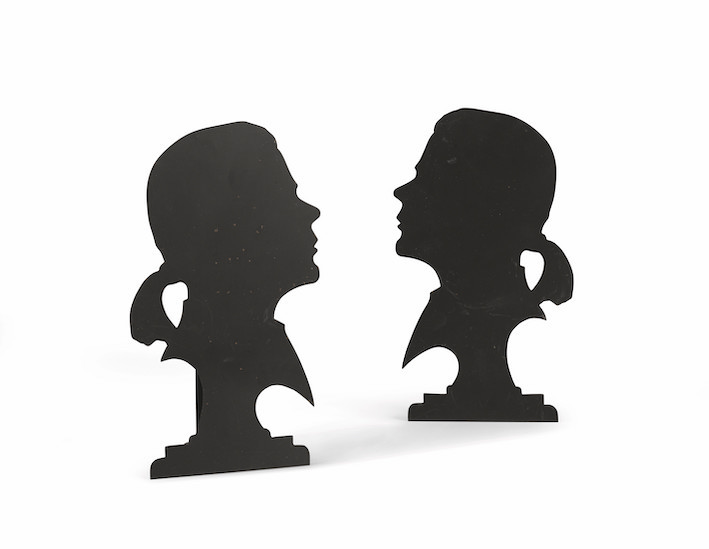 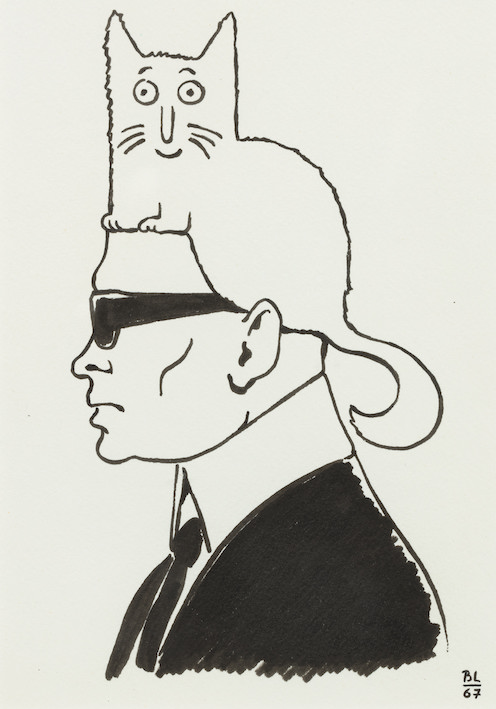 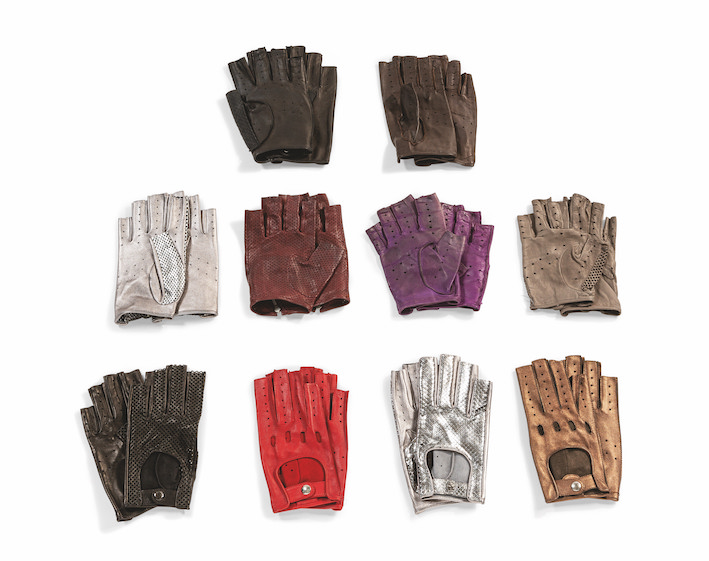 Karl Largerfeld transformed his name and his look into a brand. This dual auction opens the doors to his wardrobe, stocked with garments and accessories characteristic of his style: an elegant and contemporary suit jacket, dark sunglasses, leather fingerless gloves and fans. Items designed by the Yves Saint Laurent, Christian Dior and Comme des Garçons.

And because we’re among friends, SoBARNES will let you in on a little secret: despite being Creative Director of Chanel since 1983, Karl Lagerfeld rarely wore clothing designed by the brand headquartered on Rue Cambon. For one simple reason: “I look like my mother in Chanel"! The auction also includes a black Chanel bag he always carried with him. This prototype that was never brought to market nor worn on the catwalk is possibly one of the most personal items in the collection (est. €2,000/€4,000).