Just days after its inauguration on 2 December 2021, Bvlgari Hotel Paris has already become an icon. SoBARNES takes you inside.

It’s barely opened its doors and yet it’s already become the main talking point of the moment. “It” being Bvlgari Hotel Paris, a true pearl with 76 rooms and suites set between the Seine and the Champs-Elysées. A new experience of luxury that merges Italian hospitality, Bvlgari’s jewellery legacy and Parisian culture. Its façade restyles Avenue George V with its two-storey-tall windows that form a glittering allusion to Milan’s Renaissance architecture. Bvlgari has chosen cut stone to dress what was originally an unremarkable 1970s building. And the result is simply astounding.

Inside, the best of Italian craftsmanship meets the cream of French art ateliers. Starting with the vestibule, illuminated by a majestic metal and glass light installation with gold inlays by glassblower Barovier & Toso, based in Murano since the 18th century. Forming a liaison between the vestibule, the lobby and the lounge, the huge doors made of figured eucalyptus wood use a gomma laca technique inherited from the Italian cabinet-makers of the 1930s. As for the elegant lounge, it is worthy of the front cover of the leading interior design magazines for its mirror effect on the ceiling and floor. 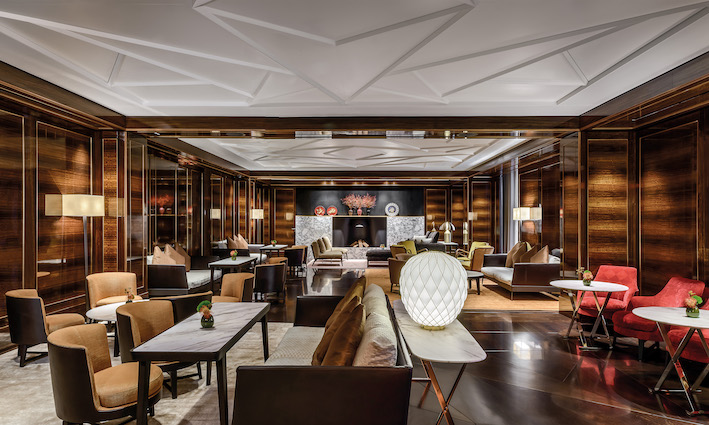 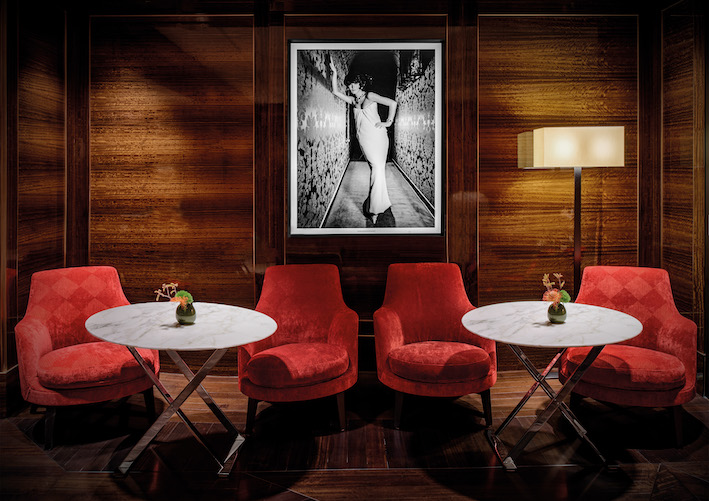 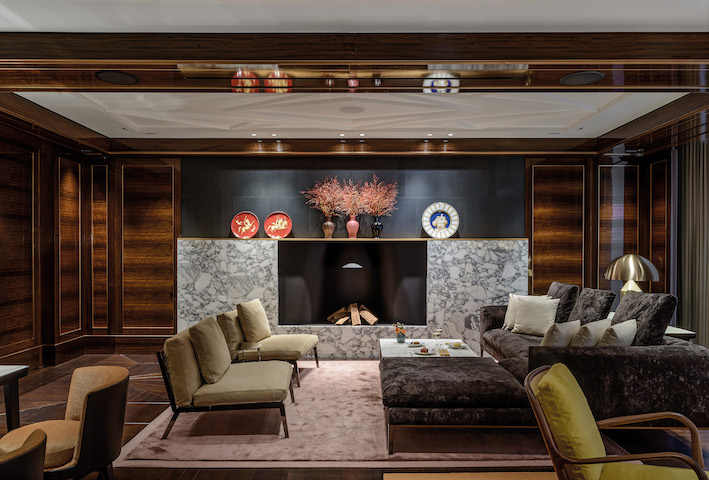 The rooms and suites are, of course, an utter delight. A particular mention goes to the Bvlgari Penthouse, one of Paris’ hidden treasures spanning 400 sq.m. (4,300 sq ft) and surrounded by 600 sq.m. (6,450 sq ft) of terraces and gardens on the top two floors of the hotel. And best of all, the two levels are connected by a monumental staircase offering a 360° view over Paris’ monuments. It’s as if the Eiffel Tower and Sacré-Cœur are there entirely for your viewing pleasure, if you’re lucky enough to come aboard this glass vessel. All including a monumental dining room, two kitchens, a bar, a bedroom directly facing the Eiffel Tower, a fitness room, a steam room, a cigar cellar, a living space, and a naturally lit dressing room... 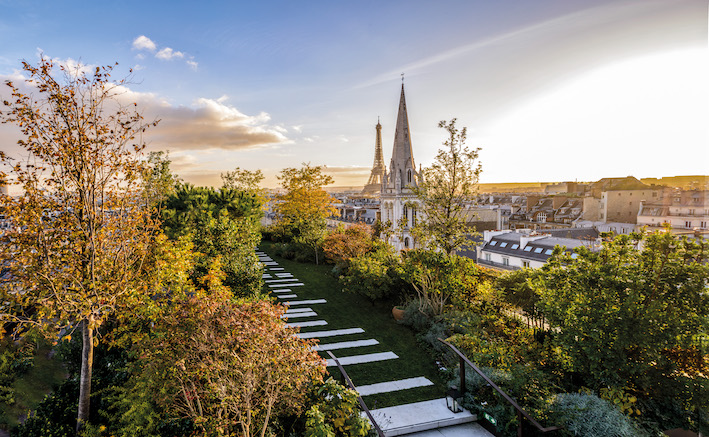 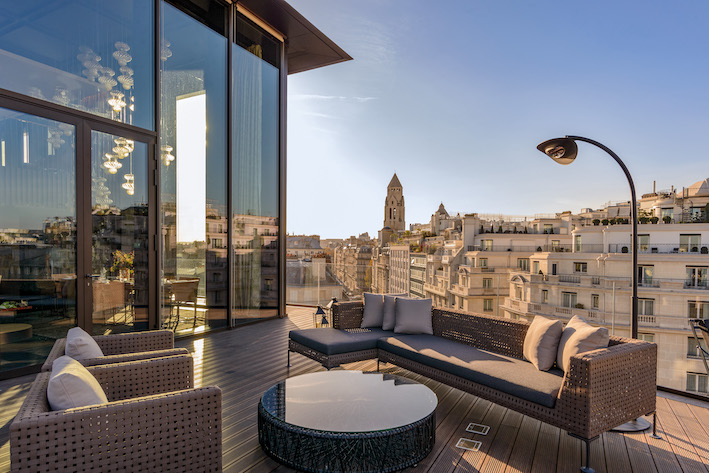 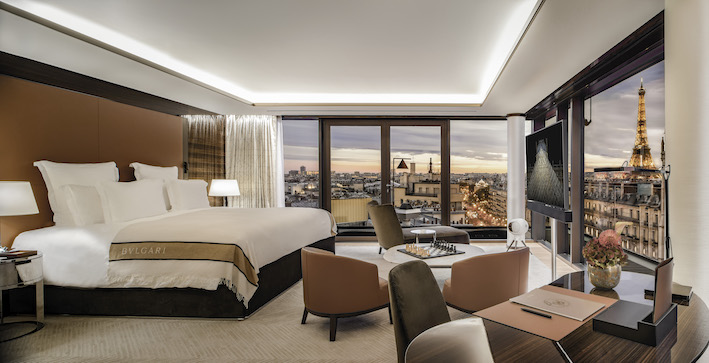 And of course the dining options are equally as impressive. Parisians will be eagerly flocking to the indoor/outdoor restaurant with its own garden, Il Ristorante, headed by three Michelin-starred Italian Chef Niko Romito. It also goes without saying that the Bvlgari Hotel has a spa. But what a spa it is! Its 1,300 sq.m. (14,000 sq ft) contain a semi-Olympic pool covered with emerald, jade and malachite mosaics. All wildly reminiscent of ancient Roman baths. Don't tell anyone you heard it from us, but the spa is not reserved for hotel guests. An interesting prospect indeed! Even more so given that its fitness space is open 24/7.

There’s no doubt about it, there’s a new star in Paris. So what are you waiting for?