When Jaguar revives the E-Type

More than a car, more than a work of art even, the E-Type is a legend. To celebrate its 60th anniversary, Jaguar has created six sets of coupés and roadsters sold in pairs. It goes without saying that these subtly enhanced E-Types are already collector’s items.

Wednesday 15 March 1961 is a pivotal date in automotive history. When Jaguar unveiled its new car installed in great secrecy at its stand at the Geneva Auto Show, the crowd was stunned. In a single instant, the E-Type rendered all other models obsolete. Beyond its sublime bodywork, the 3.8-litre XK engine with 265 Hp promised top speed performances. All at half the price of a Ferrari. Such was the excitement that Jaguar decided to send a second E-Type, a roadster, by road from Coventry to Geneva overnight...

Sixty years later, Jaguar Classic is paying tribute to this epic by restoring six matched E-Types: the coupé comes painted in Flat Out Grey with a Smooth Black leather interior, while its roadster counterpart has a Drop Everything Green shade and a cabin trimmed in Suede Green. Inspired by the original colours from 1961 and not used on any other Jaguar model! 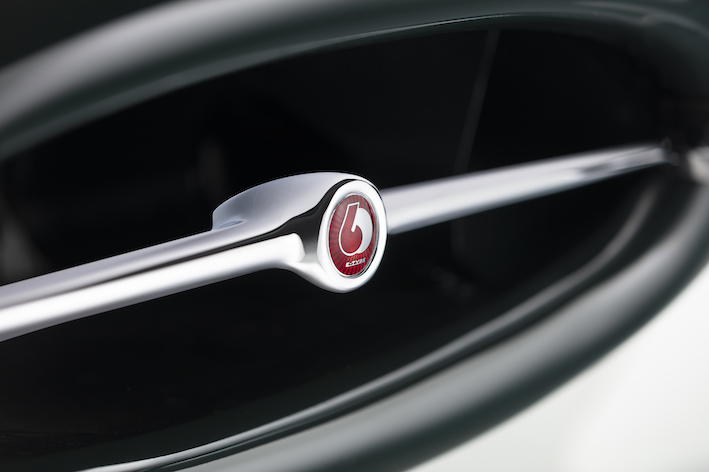 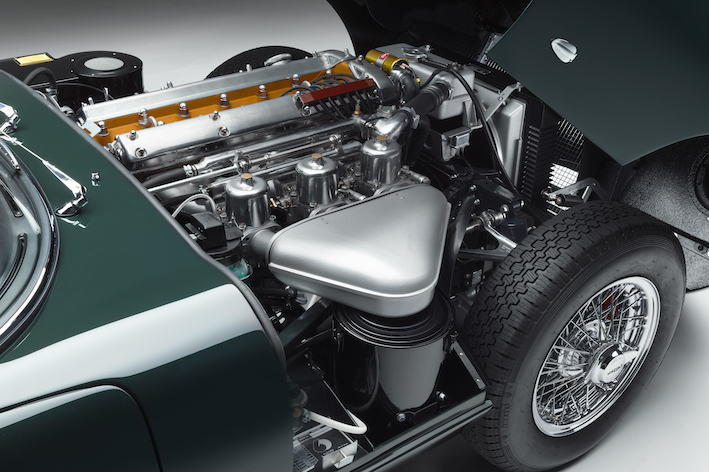 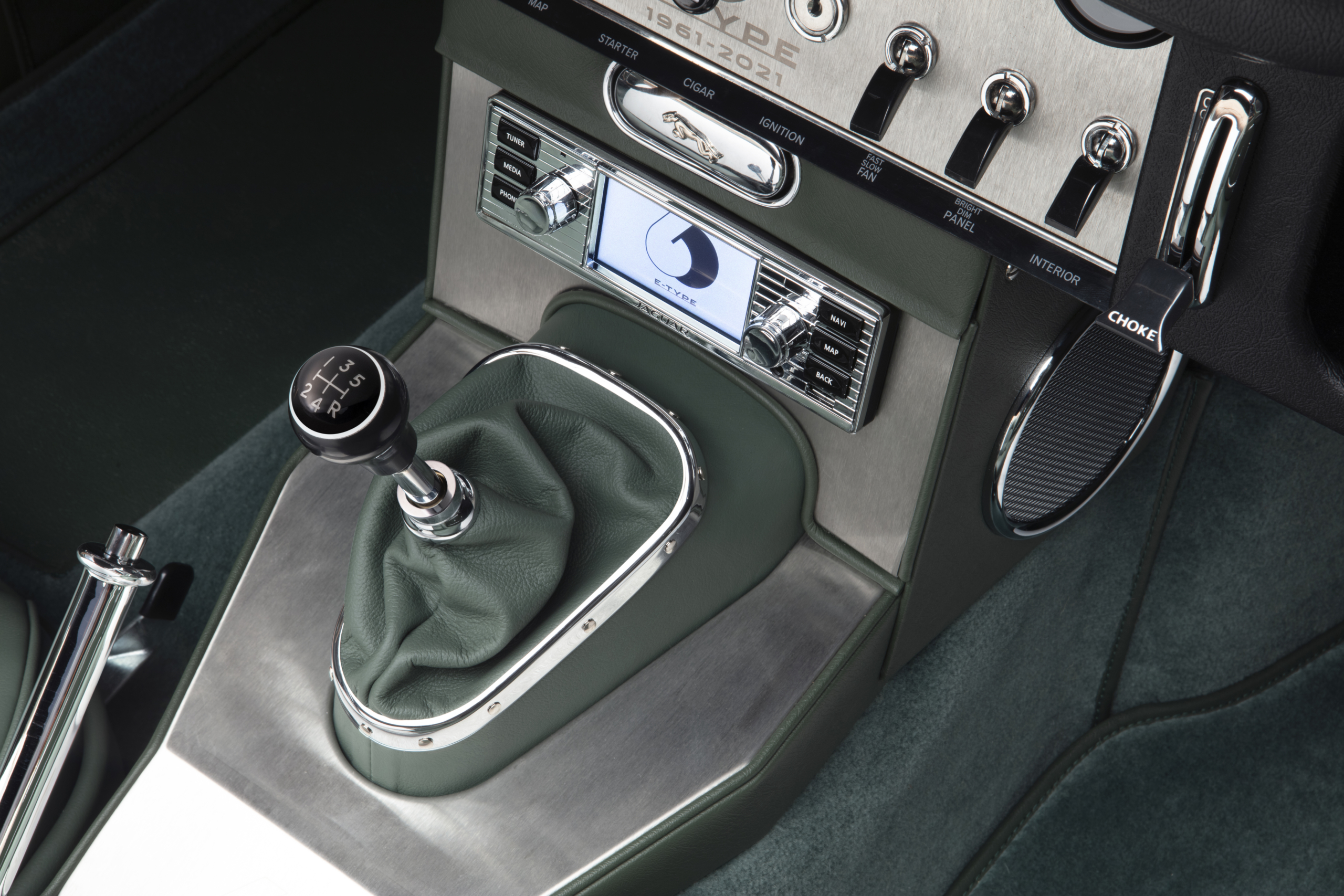 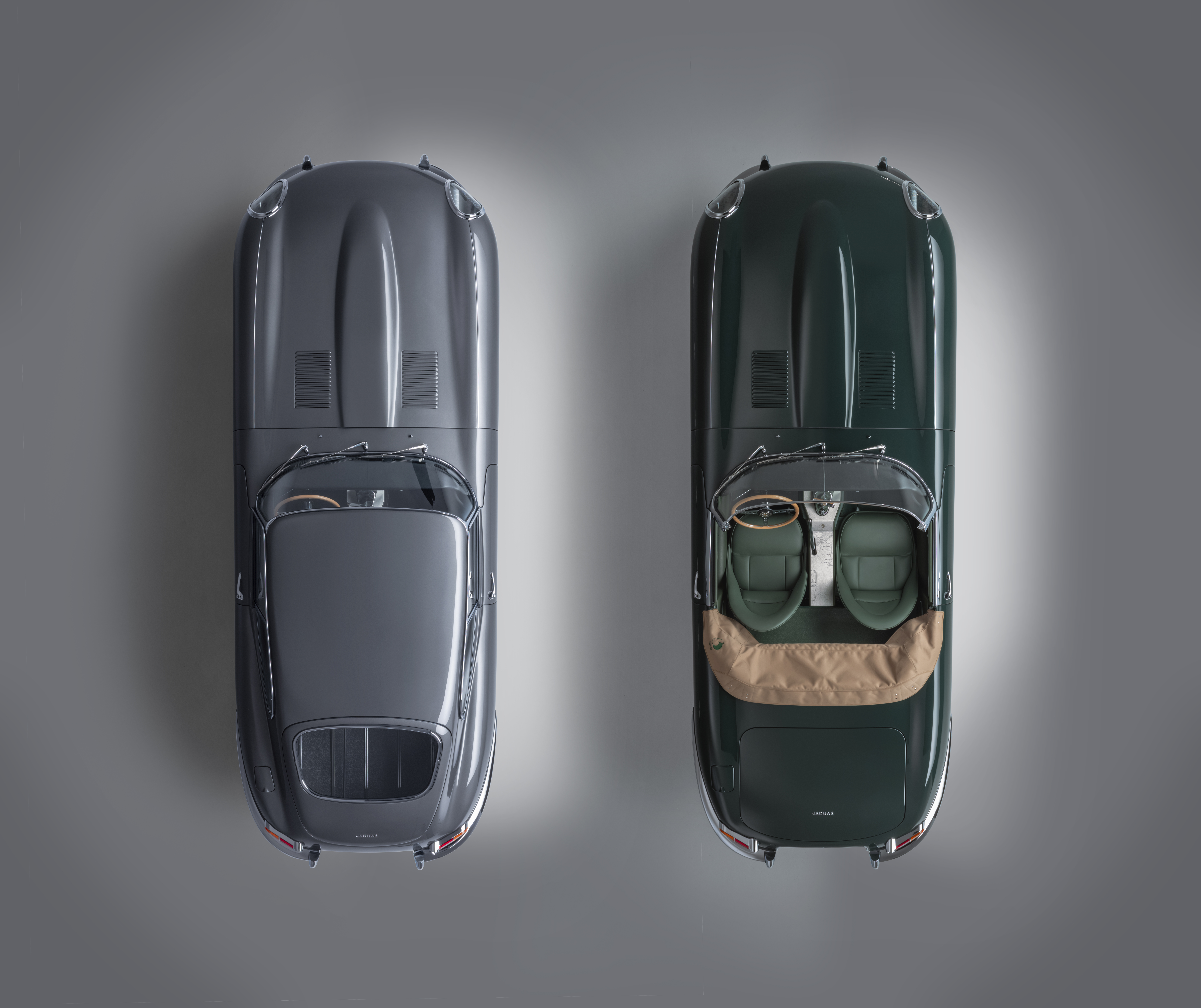 True to their 1961 predecessors, these E-Types come with a few mechanical upgrades, starting with the five-speed manual gearbox with synchromesh. The six-cylinder engine gives the same drive, with an electric cooling fan and electronic ignition for easier day-to-day use. The exhaust system has also been redeveloped to give an “even deeper, spine-tingling sound”. And because this is the 21st century, these E-Types are equipped with an infotainment system complete with satellite navigation and Bluetooth® connectivity.

In addition to the commemorative logo, specific embroidery and sill plates, we’re big fans of another 100% SoBARNES detail: the custom-designed engraved centre consoles by artist King Nerd, celebrating the epic road trips undertaken by Jaguar PR man Bob Berry to get the 9600 HP to Geneva on time, and by test driver Norman Dewis behind the wheel of the 77 RW, ordered to drop everything to get the second car to Switzerland during the show.

So what will these beauties set you back? It would be impolite to ask… But if you really want to know, order now while there’s still time! Jaguar Classic was good enough to give us their number: +44 (0) 2476 566 600. Remember to say you’re calling on recommendation from SoBARNES!