To celebrate its 175th anniversary, Ulysse Nardin is presenting the UFO, a swinging table clock and clock-making masterpiece.

175 years ago, in 1846, Swiss watchmaker Ulysse Nardin created the eponymous company with one goal in mind: designing and producing the best time-measuring tools for the explorers and adventurers of the world. Yet the timepiece to celebrate this milestone certainly doesn't indulge in nostalgia: “We wondered what a marine chronometer designed in 2196 would be like”, explains Patrick Pruniaux, CEO of Ulysse Nardin. “Reissuing a watch from the past by reusing vintage codes was not part of our creative intentions for this anniversary object. On the contrary, we wanted to reverse the trend and make a leap forward of 175 years, rather than a leap backward.”

The result is astounding in terms of both the design and technical aspects:

The name UFO was an obvious choice for this unidentified floating object. Ulysse Nardin reverses the concept of classic marine chronometers, housed in wooden boxes and set on gimbles to counteract the effect of the ship’s constant sway. Instead, the UFO swings up to 60° from its axis – an amplitude of 120 degrees. Once the wave has passed, it always returns to its centre, just like a self-righting roly-poly toy. It seems simple, but you can imagine the feat of engineering performed by the Ulysse Nardin watchmakers to ensure that this architecture is compatible with the required accuracy of the UFO.

The ovoid glass bell under which the movement sways - 25cm in height and 15cm in diameter - is an achievement in itself. All credit to 26-year-old glassblower Romain Montero, who gave form to the UFO bells using a traditional glass-maker’s lathe. 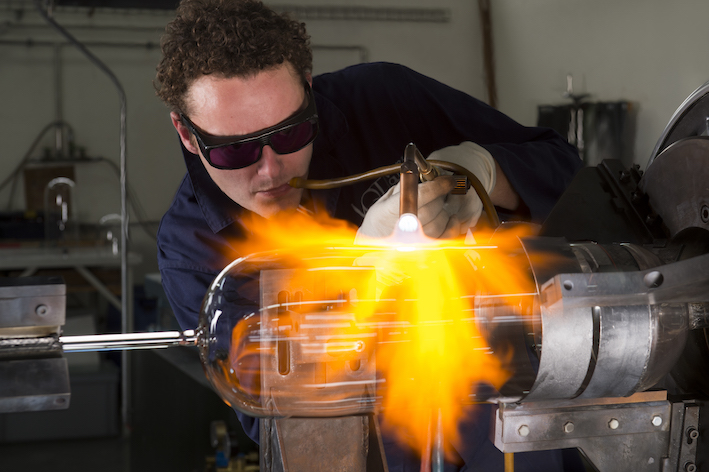 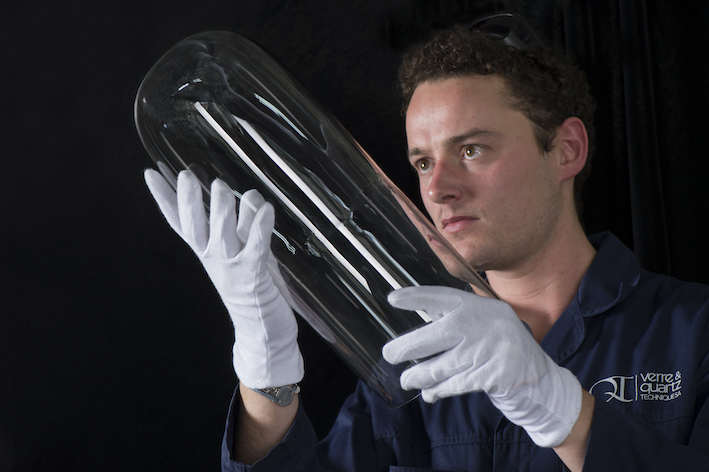 UFO displays the time on three trapezoidal (not entirely rectangular) dials, allowing it to display three different time zones at once, seen from three different angles. An incredibly chic way of being able to read the time at your home port or destination in real time!

And because Ulysse Nardin has decided to exploit the marine aspect to the full, this futuristic clock comes in an aged wood chest that appears to come from the past. Inside, you will find UFO, naturally, but also a special place for its winding key. A key piece indeed, as it takes 40 wind-up turns with a square-end stainless steel key to wind up the mechanism for one year One year, you say? The same duration as a long cruise, no?