Home›So...PASSIONS›So…Luxe›Bag a piece of the Carlton at auction
So…Luxe
by Laurent Caillaud

Bag a piece of the Carlton at auction

It’s an opportunity you don't get every day, even in Cannes: in preparation for the makeover of the Carlton which will see the hotel close its doors until 2023, its furniture is being offered at online auction by Aguttes until 26 May.

The world’s biggest names have stayed at the legendary luxury hotel on La Croisette since its creation in 1913. If these walls could talk, they could recount the first conference of the League of Nations in 1922, the atmosphere on the set of To Catch a Thief (1955) starring Grace Kelly and Cary Grant and directed by Alfred Hitchcock, and what happened the first time the Hollywood star and Prince Rainier met at the promotion of the film. And why Elton John chose the Carlton as the backdrop for the explosive music video to his hit I’m Still Standing, in 1982…

Legends sometimes need a facelift in order to remain eternal. Which is why the IHG hotel group decided to undertake major renovation works on its Cannes starlet and task Aguttes with the auction of 600 lots of its furniture: :

Chandeliers, wall lights, consoles, dressing tables, desks, headboards, armchairs, screens, paintings, etchings... objects that have witnessed the visits of these celebrities and regulars who have ensured the Carlton has always stayed true to its DNA. This online auction is somewhat of a journey through the history of cinema, with the lots grouped under names such as the Grace Kelly Suite and the Alain Delon Suite, as well as the Greta Garbo Suite, Sharon Stone Suite, Sophia Loren Suite and Jean Dujardin Suite. 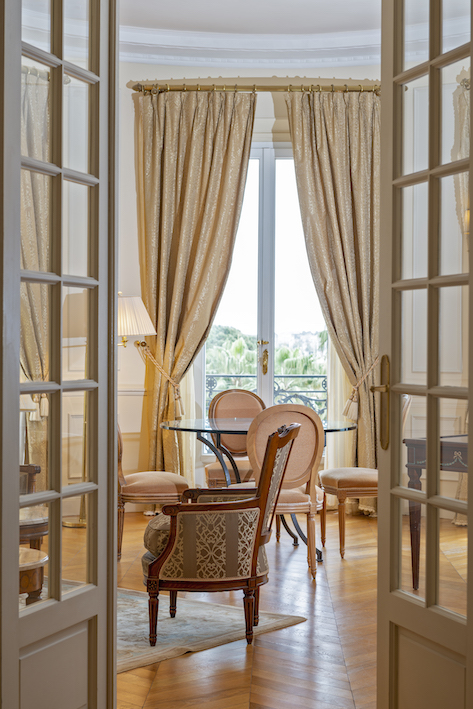 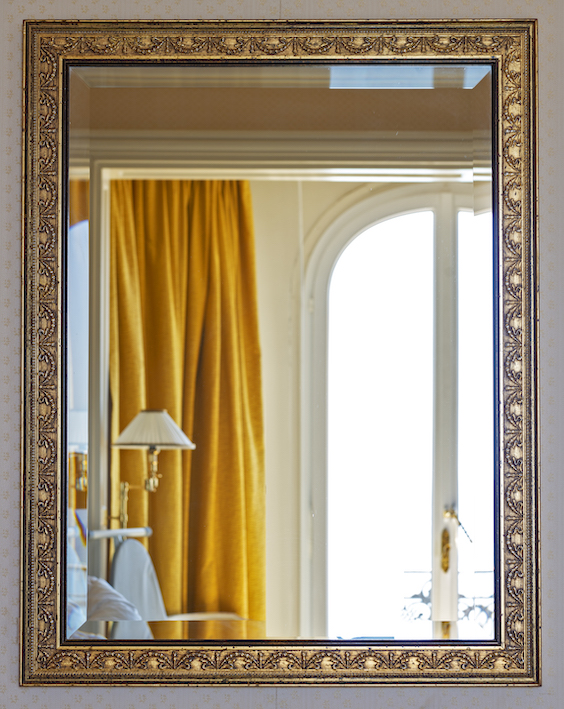 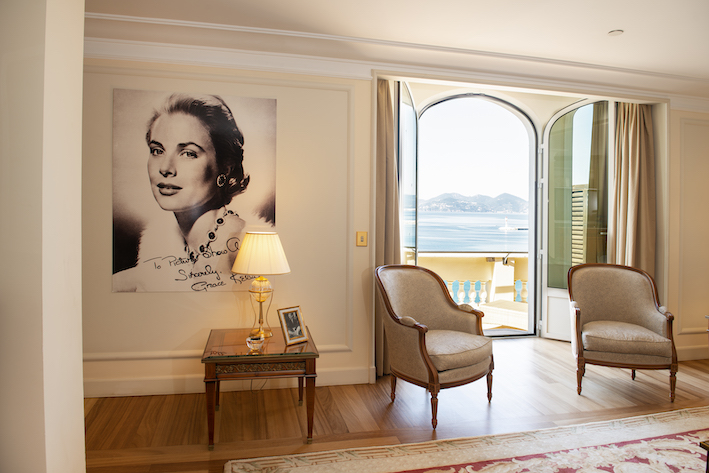 All it takes is a few hundred euros or less to leave with a share of the glamour of Cannes, and a fitting touch of nostalgia. Certain iconic lots, like the pastry trolley, wooden cigar box and chandeliers from the celebrity bar will naturally attract the highest bids. But nothing ventured nothing gained!

Exclusive online auction until 26 May, information at Aguttes.com