Home›So...PASSIONS›So…Luxe›Apple and Hermès on a winning streak
So…Luxe
by Laurent Caillaud
share this

Apple and Hermès on a winning streak

Because you never change a winning team, Apple and Hermès are extending their partnership, forged in 2015, with the release of a series of connected yet elegant accessories. Starting with the most eagerly awaited of the lot - the AirTag, here to save us from our scatterbrain selves.

How many times have you turned the house upside down looking for your keys or your child’s comforter? Well fret not, the Apple AirTag is here to put an end to that. This small, connected, circular tracker, the size of a casino chip, can be inserted into a wallet or suitcase, or attached to a keyring - or a comforter - so that you can easily locate them hidden down the back of the sofa or stuck under your car seat!

To help you ferret out lost items, your iPhone gives you their position and can play sounds via the speaker built into the AirTag to guide you, that life-saving beep that unites owners and objects. On two conditions: owning an iPhone (or an iPad), and not losing the phone or tablet itself!

Naturally Hermès wasn't going to miss out on such an opportunity, and has jumped on board with the release of the Apple AirTag Hermès in leather, inspired by the early 20th century horse-racing token holders from the House's archives. Created in key ring, bag charm, luggage tag, and travel tag versions, the Apple AirTag Hermès comes in saddle-stitched Barénia or Swift calfskin. It will be available to order online from 23 April, from €299 to €449 depending on the model. 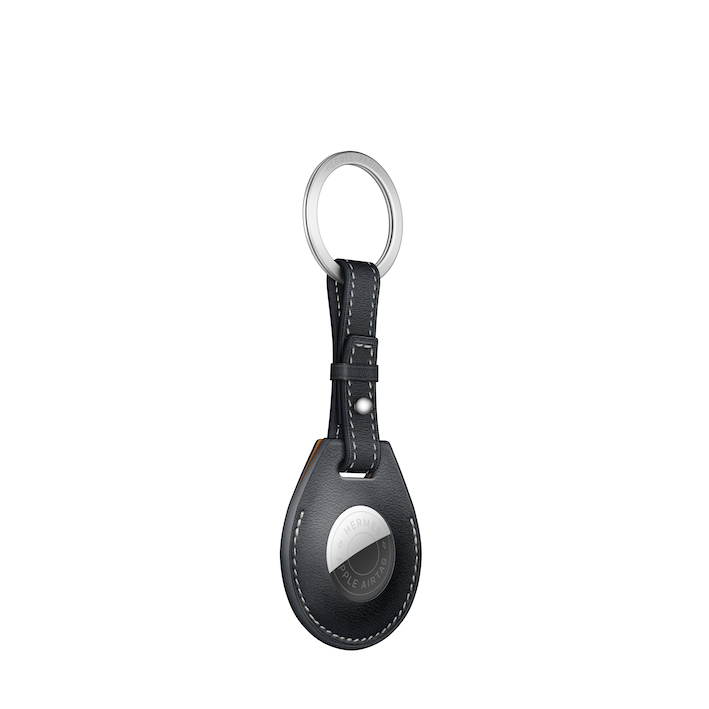 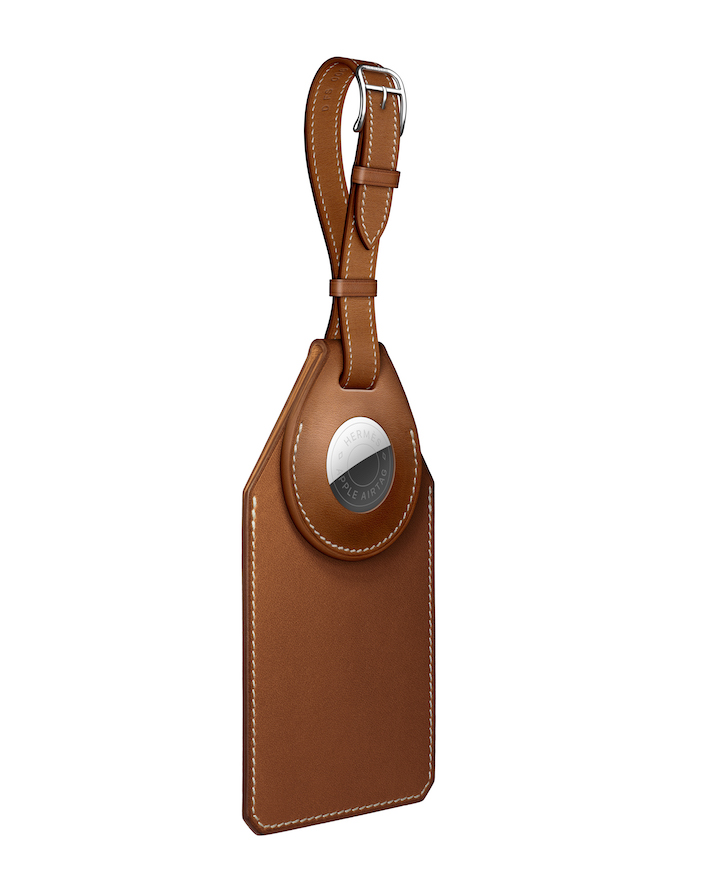 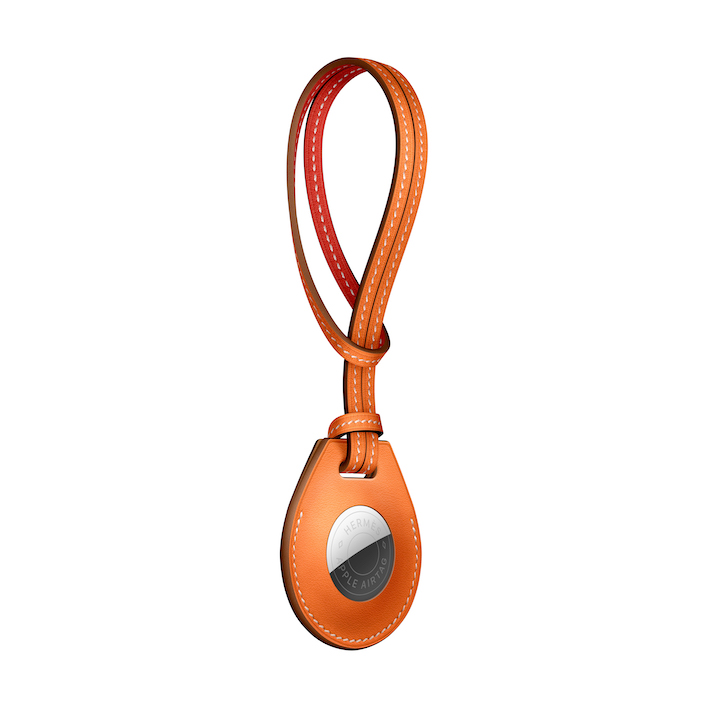 And the collaboration between Apple and Hermès doesn't stop there - the two are releasing a new Apple Watch bracelet under the name Jumping, an overt reference to show jumping. This single tour bracelet combines woven textile bands with a ‘H Vibration’ motif, is swimproof, and is available in downright stylish colorways: 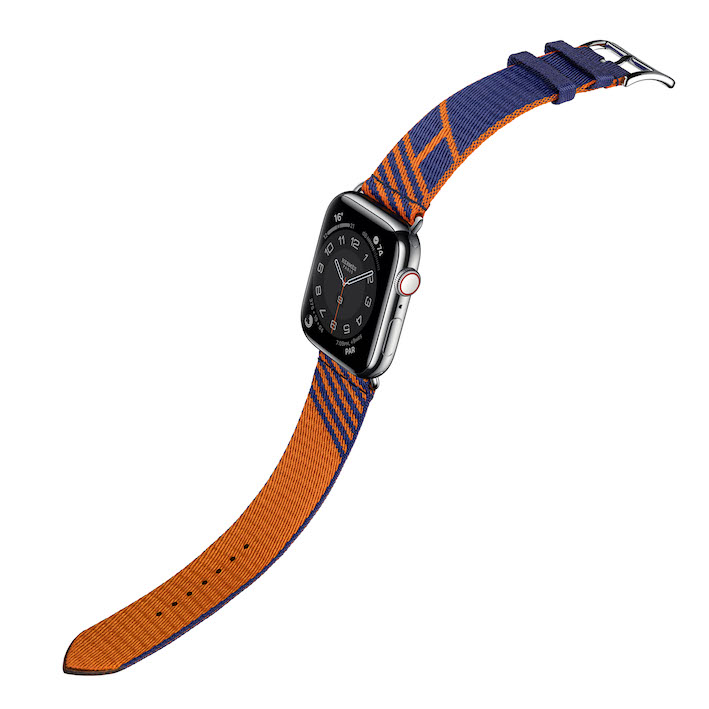 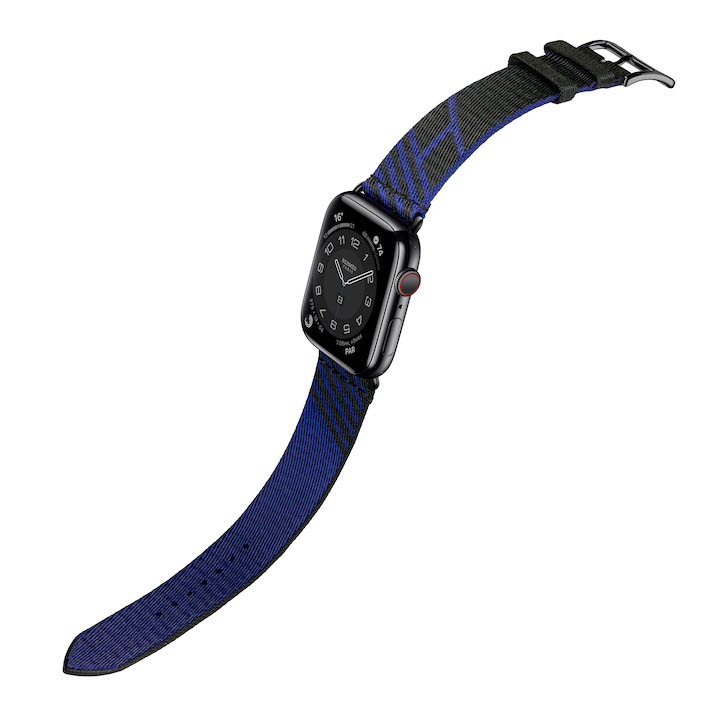 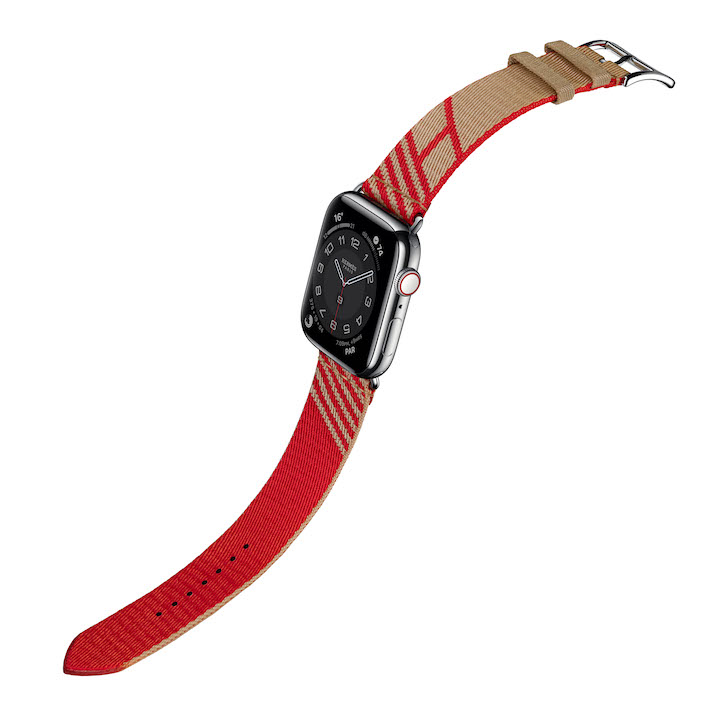 The Attelage model of the Apple Watch Hermès is another fruit of this collaboration, available in a double tour version made from Swift calfskin in a palette of vibrant colours: Rose Mexico, Bleu Saphir, Blanc and Noir: 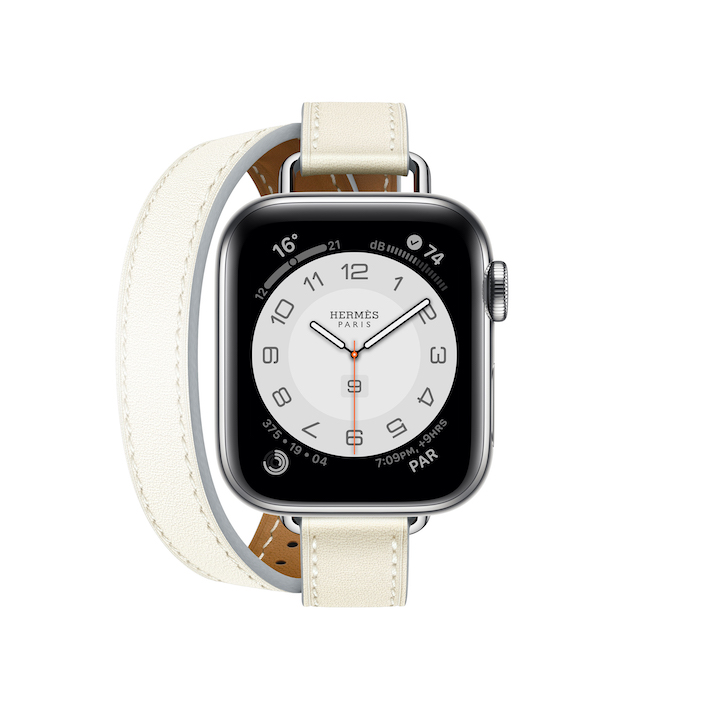 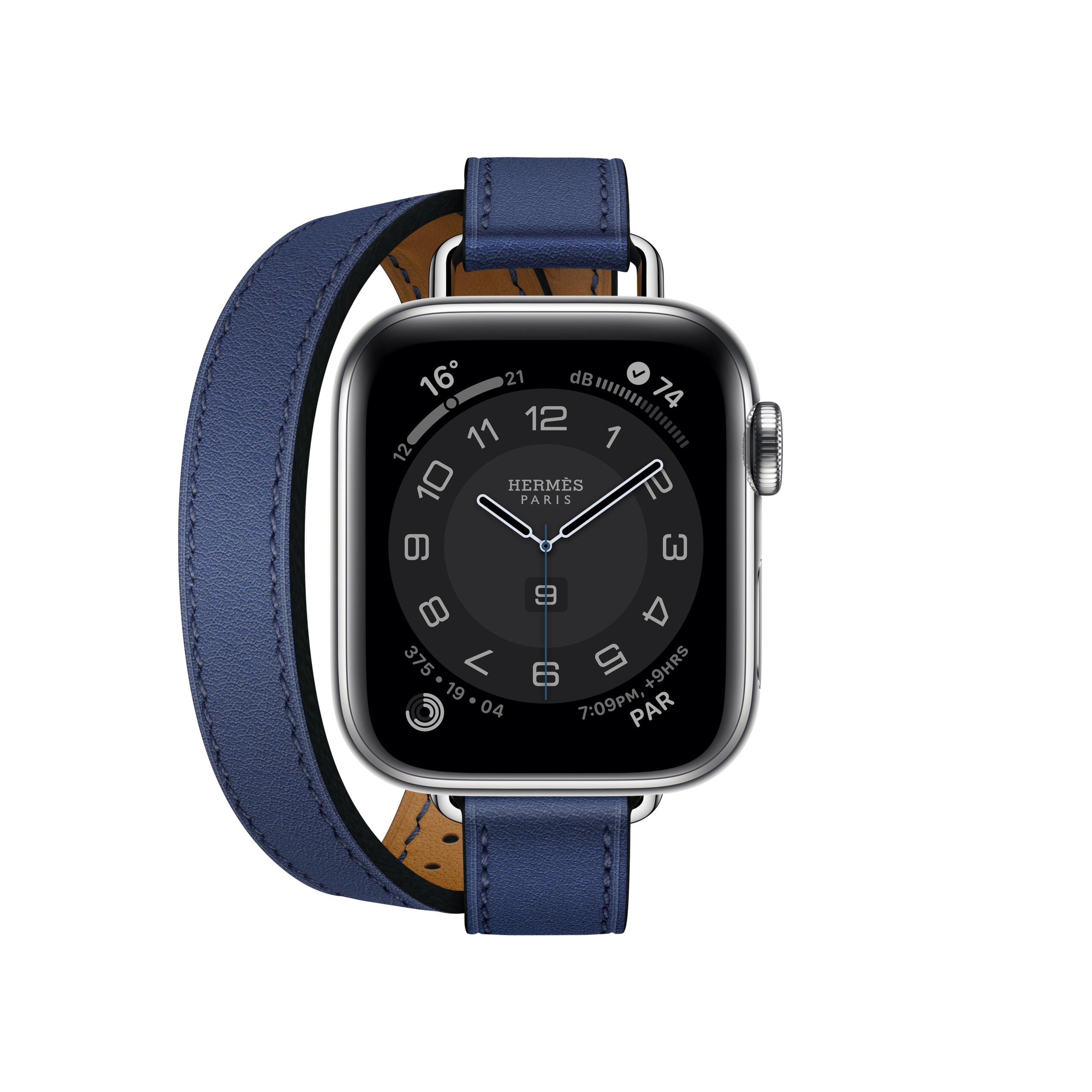 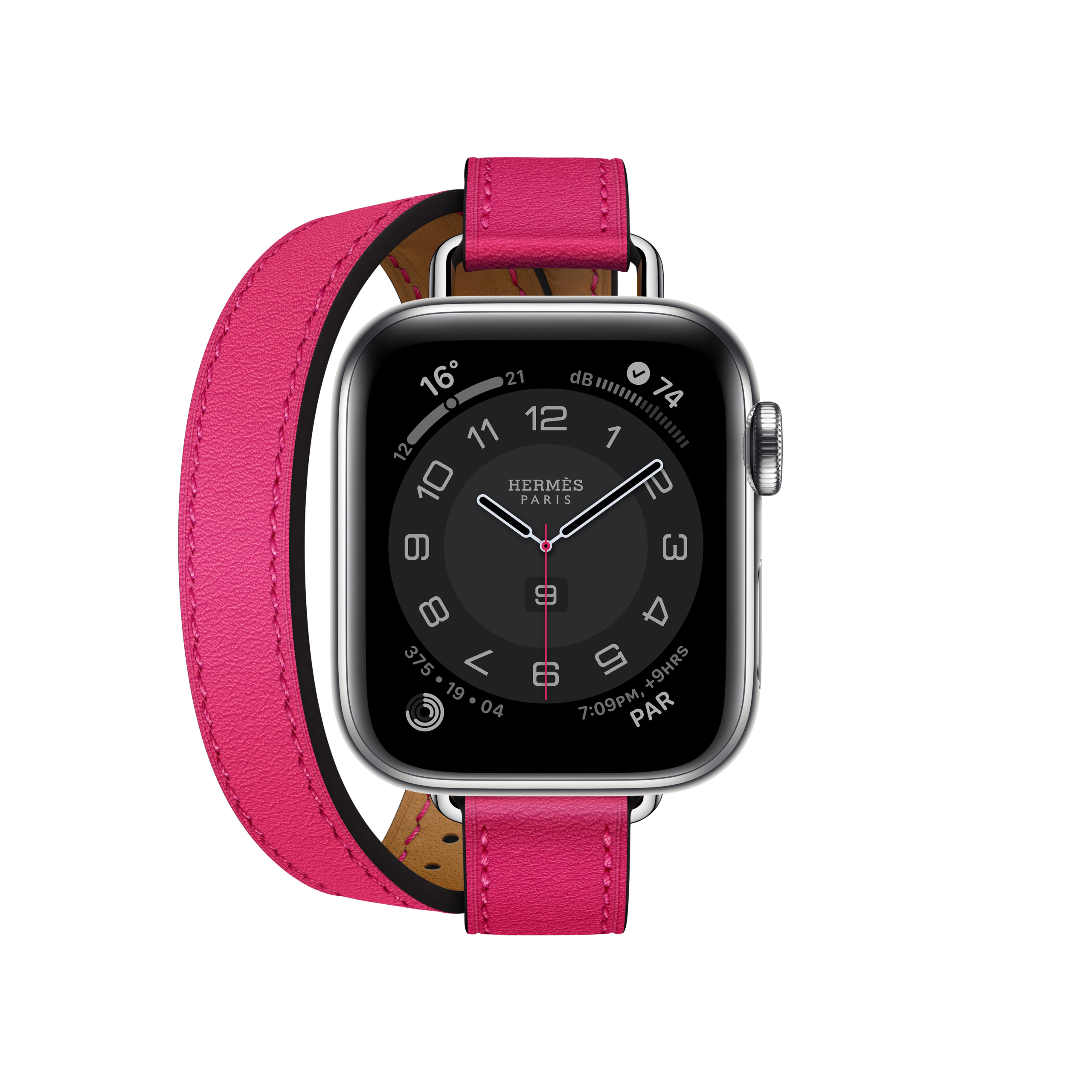 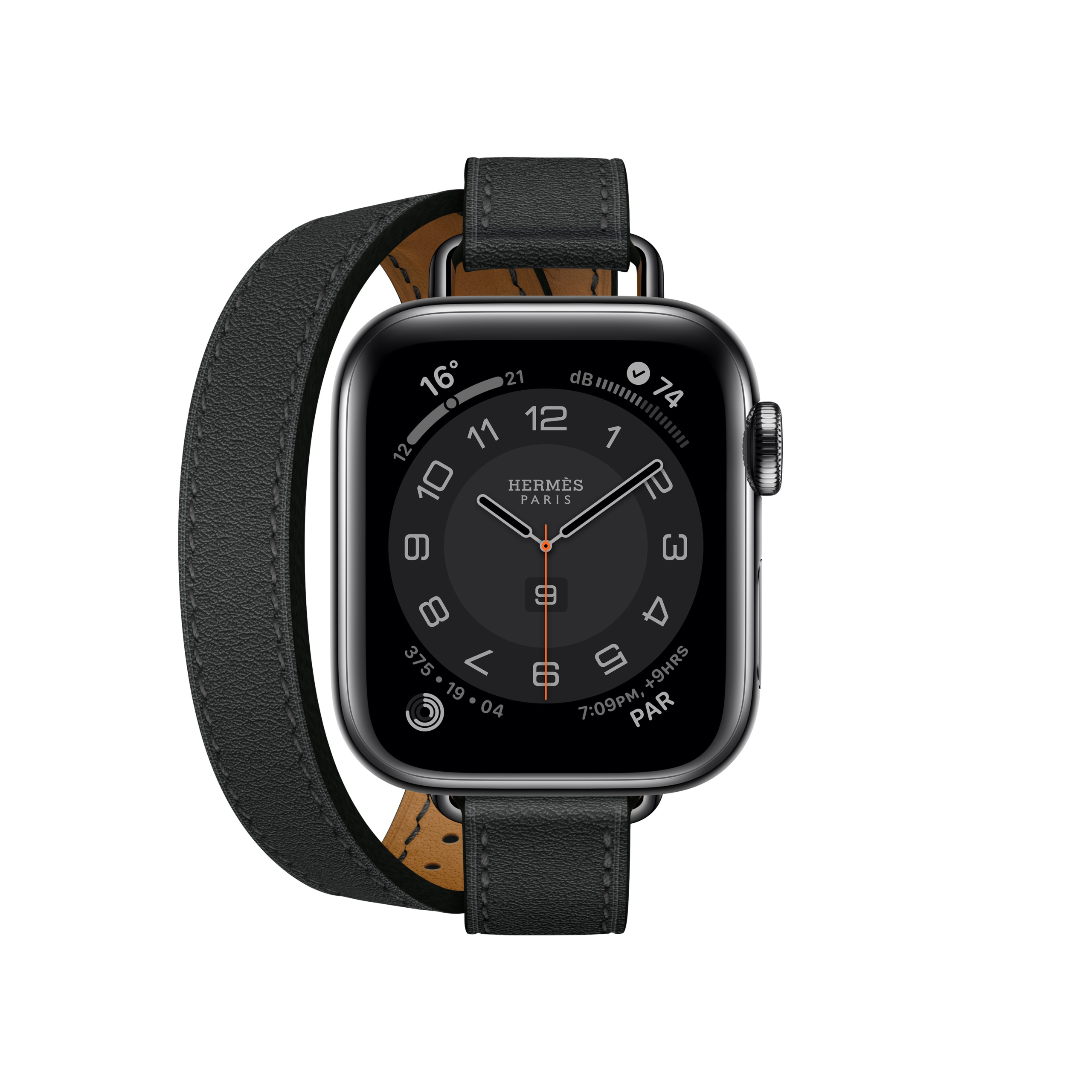 Last but not least, Hermès has designed a case for iPhone 12 and iPhone 12 Pro (with MagSafe wireless charging compatibility) in Barénia calfskin with a Bolduc hot-stamp inspired by the iconic Hermès ribbon that is tied around its orange boxes. 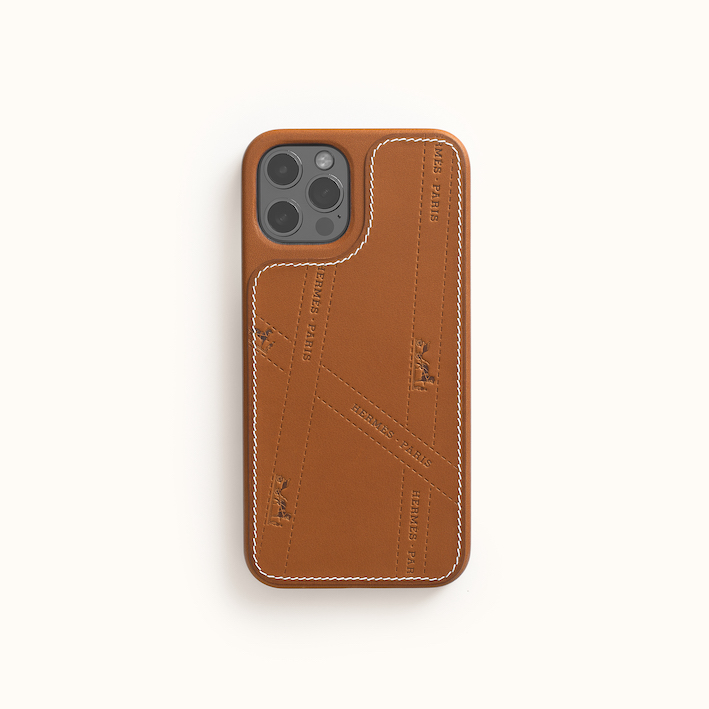 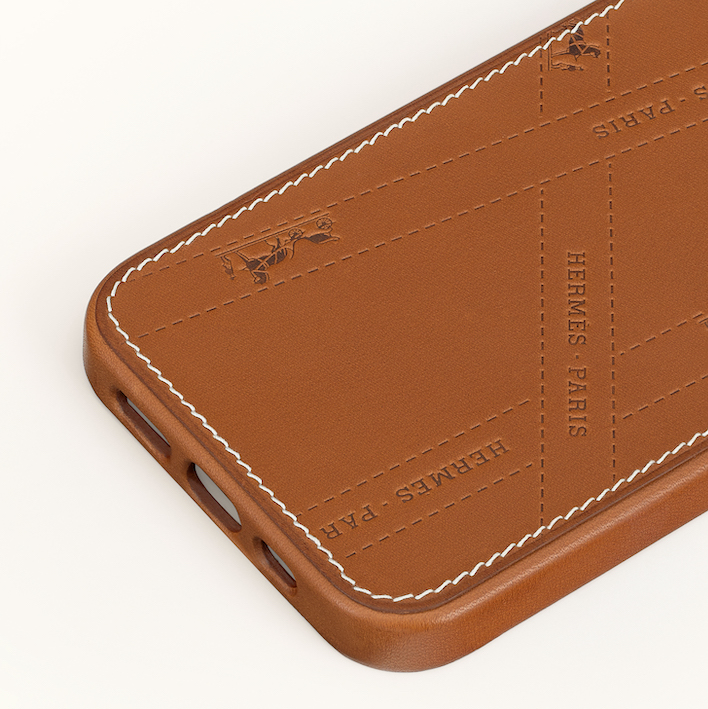 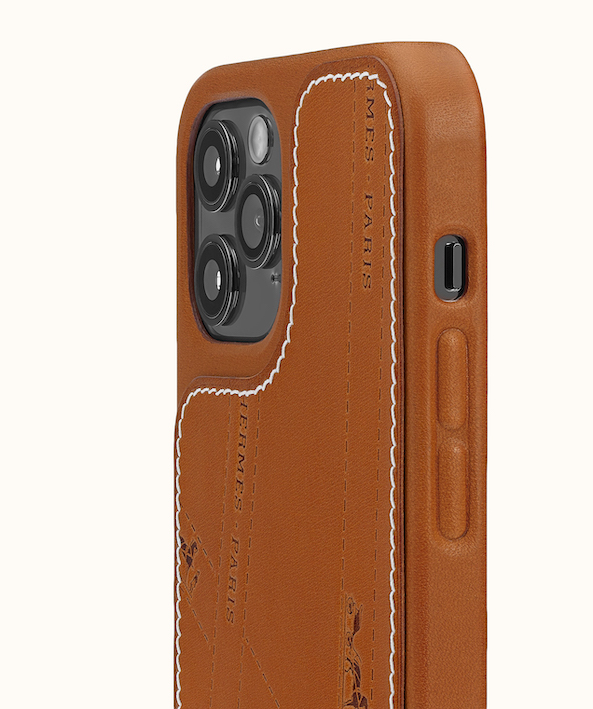 Who said connected objects and the digital age were at odds with traditional craftsmanship?