Home›So...PASSIONS›So…Gourmand›Ruinart, or the nobility of the blanc de blancs
So…Gourmand
by Laurent Caillaud
share this

Ruinart, or the nobility of the blanc de blancs

The arrival of a new Dom Ruinart blanc de blanc cuvée is always an event amongst champagne lovers. And the newly launched 2009 vintage is no exception. SoBARNES is bubbling with excitement at the thought of the presentation by cellar master Frédéric Panaïotis.

It's been 50 years since this love affair between Ruinart and its flagship cuvée began, giving rise to Dom Ruinart blanc de blanc, made exclusively with Chardonnay Grand Crus. Dreamed up by Bertrand Mure, one of the last descendants of the Ruinart family running the Champagne-based Maison, he decided this cuvée would only be produced during the best harvest years, when the Chardonnay grapes could reveal their complexity and elegance while expressing an extreme element of freshness. The first vintage, from a 1959 harvest, was marketed to the public in 1966. At the time, its launch in the US came with a charming letter written by Bertrand Mure himself: "Forgive us for sending you only 1,300 cases of our best champagne".

Half a century later, the Dom Ruinart blanc de blancs' latest vintage has arrived, the 2009. Cellar master Frédéric Panaïotis, responsible for bringing this vintage to life, is undoubtedly the person most qualified to tell us about it:

2009 did not start off well when it came to weather: "Between gales, hail, heavy rains and cold snaps during the growth period, the beginning of the cycle was complicated—to say the least!", remembers Frédéric Panaïotis. Fortunately, the summer weather took over, allowing for steady maturation under ideal climatic conditions to produce "lively and fleshy" wines.

The result? This new 100% Chardonnay cuvée boasts an intense golden colour with glints of green almond. Fruity notes of lemon, apricot and nectarine are found on the nose, while the palate perfectly pairs a silky acidity with fresh stone fruit flavours. 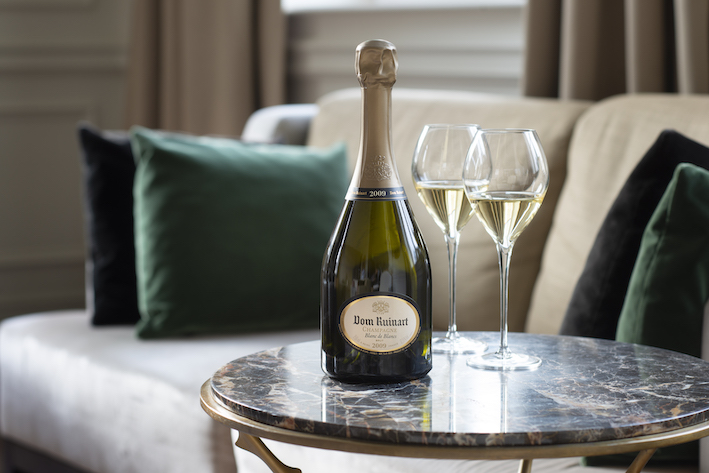 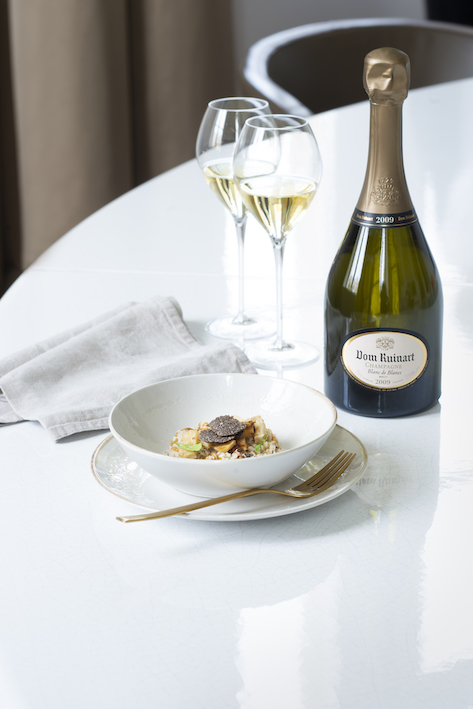 Discerning connoisseurs have surely noted that the 2009 vintage succeeds that of 2007. What happened to 2008? Frédéric Panaïotis explains: "2008 was a great year for red varietals, much more than it was for whites. When we tasted the wines of 2008 with my team, we couldn’t find the cuvées that corresponded to the Ruinart ‘profile’. We hesitated and finally let the 2008 millesime go. Then 2009 came along and we were completely convinced by its qualities!" So there you have it, now you know!

It goes without saying that this exceptional champagne, however refined it may be, should be consumed in moderation!