Because the city of jazz is eternal, let’s put our hands together for the opening of the Four Seasons New Orleans. Staring out across the Mississippi River, it is without doubt the ultimate base camp to explore the city known as the Big Easy.

Four Seasons has been looking to gain a foothold in New Orleans for a number of years. A goal finally achieved in August 2021 with a 5-star hotel on the upper floors of the historic World Trade Center overlooking the Mississippi. At 2 Canal Street, the street forming the western edge of the French Quarter. In other words, locations don’t come much better than this!

The rooftop swimming pool (*), scheduled to open this autumn, is the best spot in town to watch the sun rise and set over the river... 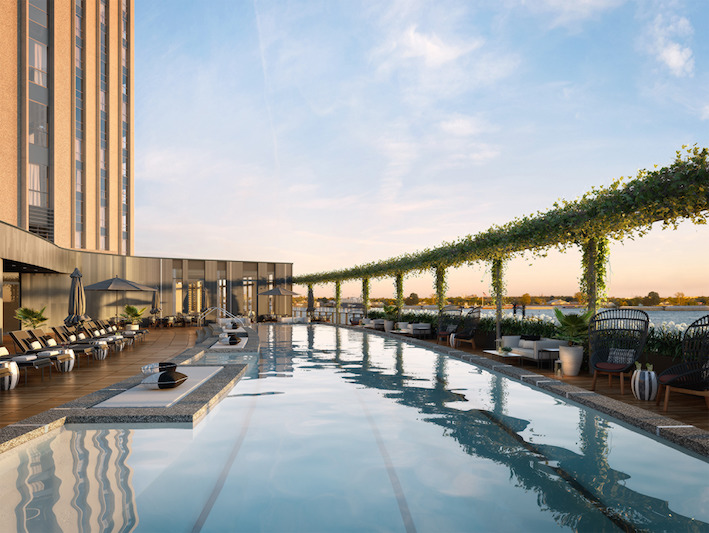 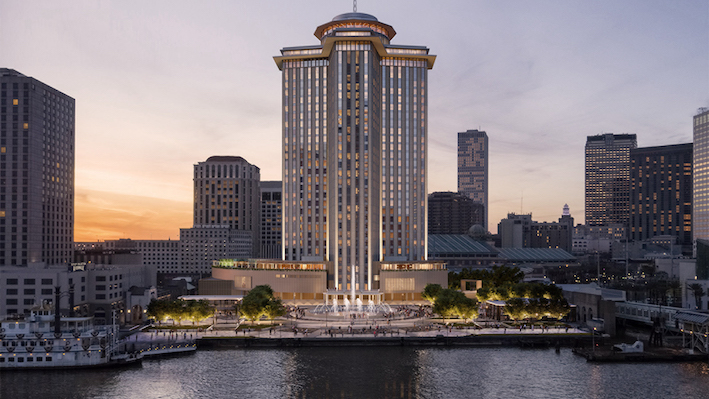 And because this is New Orleans, the hotel’s restaurants and bars alone are worth the visit (of course it goes without saying that New Orleans is one of the world’s top culinary and tourist destinations in itself). The experience begins in the Chandelier Bar, with its spectacular 15,000-piece light and glass installation and its live music showcasing some of the state’s most talented musicians. Did somebody say jazz? 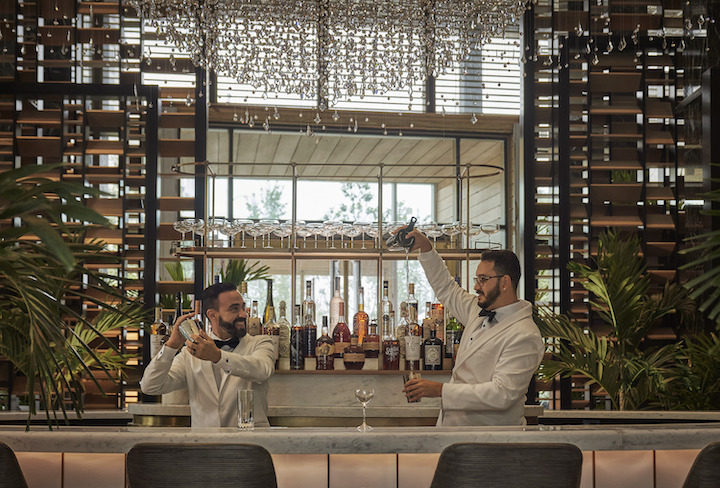 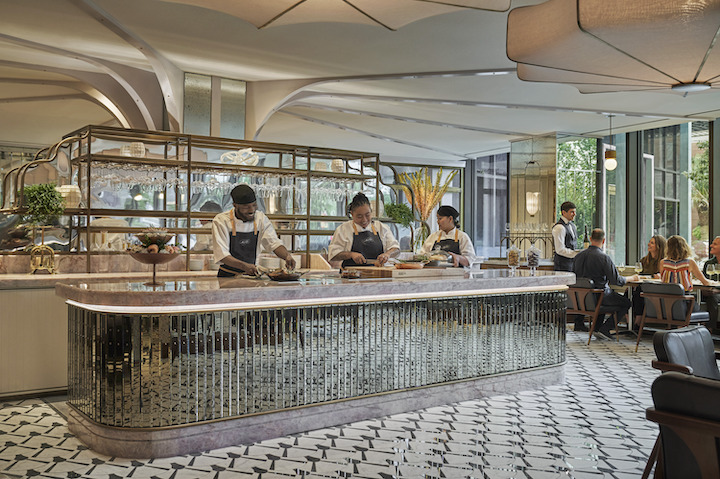 Our top pick for a restaurant is Miss River presented by New Orleans Chef Alon Shaya, which boldly serves the great classics like andouille gumbo and salt-crusted Gulf red snapper. And the gourmet Chemin a la Mer by Lousiana Chef Donald Link.

The 341 rooms and suites also reflect the traditions of the American South with a palette of clean whites and pale greys accentuated with white-washed oak furnishings. We simply love the elegant tri-panel plaster relief above the beds depicting magnolias, one of the emblems of Louisiana. 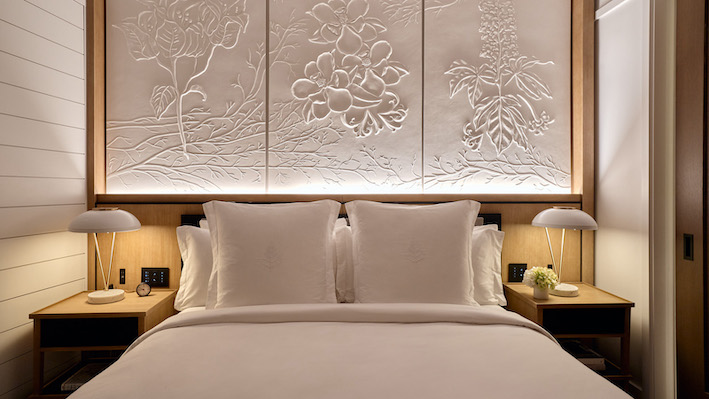 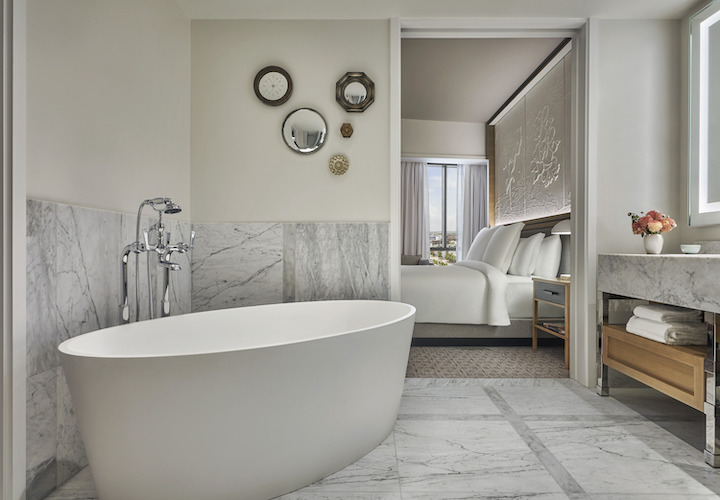 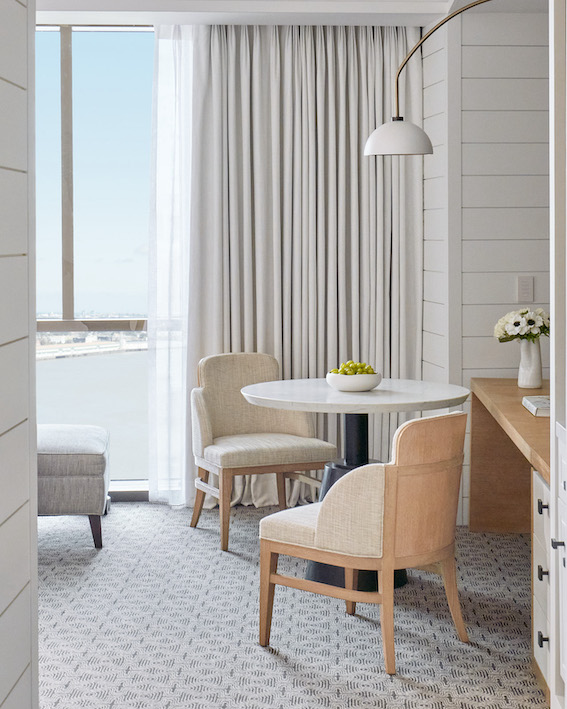 And the French Quarter just outside the Four Seasons hotel is a constant discovery. Something native Chef Concierge Melissa Comardelle, who proudly wears Les Clefs d’Or – the golden keys of professional concierges the world over – knows all too well! Admittedly, entry to the US is still currently limited by health restrictions for many international travellers including Europeans in October 2021. But the travel ban is set to end on 1 November. All the more reason to add this hotel to your new bucket list. Keeping in mind the Cajun French saying that has become the motto of New Orleans: “Laissez les bon temps rouler”, or in English for the rest of us, “let the good times roll”!

(*) New Orleans follows the curve of the Mississippi, hence its nickname The Crescent City. And SoBARNES has to tip its hat to the architects who installed a crescent-shaped pool on the rooftop of the new Four Seasons!