A hotel that intermixes Van Gogh and Bowie in London

The Café Royal has been one of the hotspots of the London smart set for 150 years. David Bowie himself made it his HQ in the 70s, and left behind his mark. In light of current cultural news, this high-flying 5* hotel is launching an afternoon tea dedicated to Van Gogh. SoBARNES gives you the scoop.

LONDON – Since its opening in 1865, the Café Royal has been THE meeting spot for London celebrities. Members of the royal family and the political class, designers, artists and sports personalities all meet to orchestrate the social life of the British capital.

Right at the heart of it all, with the elegant Mayfair to the west, creative Soho to the east and the sophisticated St. James’s to the south, the hotel couldn't ask for a better location. And what’s more, it’s just undergone renovation: its original historic parts have been carefully restored, while the 159 guest rooms and suites have been redesigned as sumptuous private apartments.

So where does Bowie come into it? SoBARNESpedia takes you back to 1972: David Bowie creates a fictional alter ego, Ziggy Stardust, whom his fifth album, the legendary The Rise and Fall of Ziggy Stardust and the Spiders from Mars, is centred around. And the rest is written in the History of music... But because all good things come to an end, Bowie decided to say goodbye to Ziggy Stardust one year later. This official separation between the artist and his double was announced on 3 July 1973 at an evening that holds a place in the annals of rock. In the presence, no less, of Lou Reed, Barbra Streisand, Mick Jagger and Paul McCartney. Where? At the Café Royal, of course, anywhere else would have been unbecoming.

Five decades later, the presence of David Bowie and his double can still be felt in Ziggy’s Bar, papered with photos taken on that famous 3 July.

So what about Van Gogh? To celebrate the arrival of Van Gogh: The Immersive Exhibition, the Café Royal is taking its clients on a tasting discovery through some of his most famous pieces. Including the “Crab and Dill Mayonnaise on Lemon Bread” sandwich, inspired by a painting from 1887, Two Crabs. And the “Vase with Twelve Sunflowers” composed of a sunflower seed praline and salted caramel. And to finish off, the “Van Gogh Self-Portrait” with pecan crunchy, coffee mousse and taro sponge, served on its own easel! 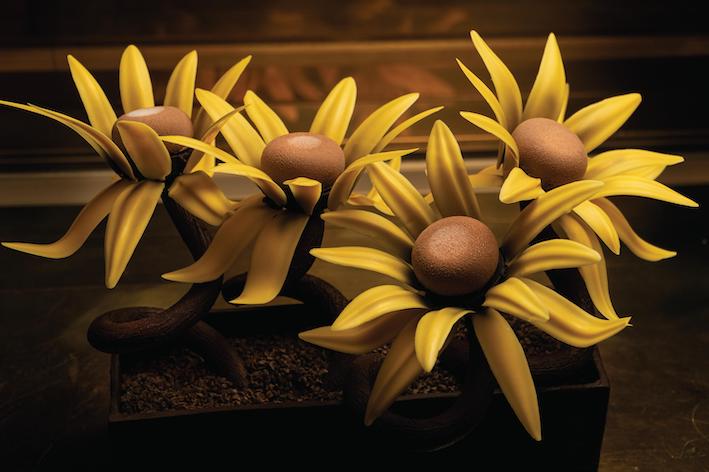 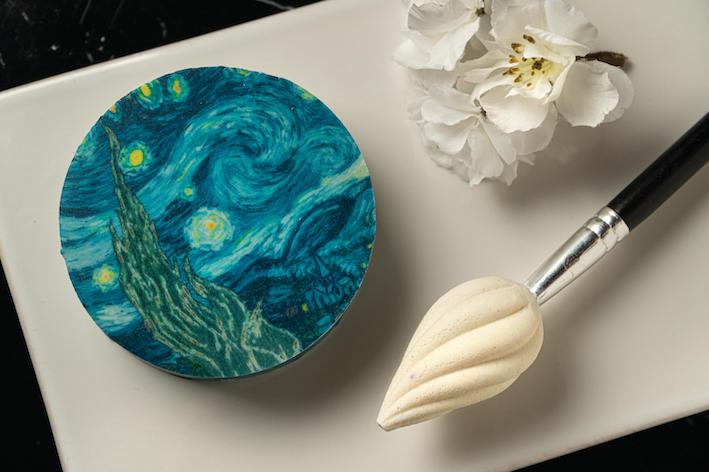 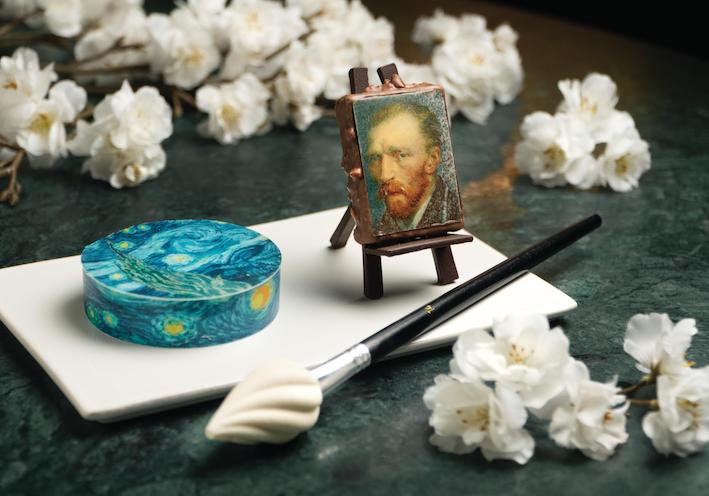 And the cherry on the paintbrush, this afternoon tea is served until January 2022 in the Oscar Wilde lounge, where David Bowie set aside Ziggy Stardust and danced with Liz Taylor…