London defies definition. A world that adapts to the changing times, yet remains remarkably attached to its traditions.  From Buckingham Palace to Camden Town, and from Hyde Park to Harrods and Soho, it is a unique and inimitable amalgamation of opposites. In turn snob and punk, antiquated and avant-garde, cosmopolitan — with over 300 languages spoken — with a village spirit, London remains, against all odds, the place to be.

The property market: recovery in sight

After a mixed start to the year, Q4 2021 saw the market regain strength (+2%). Demand has accelerated sharply for high-end properties. The prestigious neighbourhoods are regaining in value, particularly family houses in Notting Hill and Holland Park. Hampstead Heath is currently one of the most coveted areas. This increased demand should continue to rise along with a pickup in sales. The average price per square metre stands at around £20,000 but varies depending on the neighbourhood: £17,000 for Kensington ($17,500 in South Kensington). Prices in Chelsea exceed £19,000, while in Knightsbridge they’re closer to £22,000 and in Mayfair they spike at £23,000.

“Don't hang about, if the end to last year is anything to go by, now’s the time to take advantage of prices before the international clientèle return and competition heats up”, recommends BARNES property expert Andrew Everill.

BARNES has put together a selection of top restaurants, trendy boutiques and cultural venues to help you discover what the effervescent British capital has to offer! Diaries at the ready! 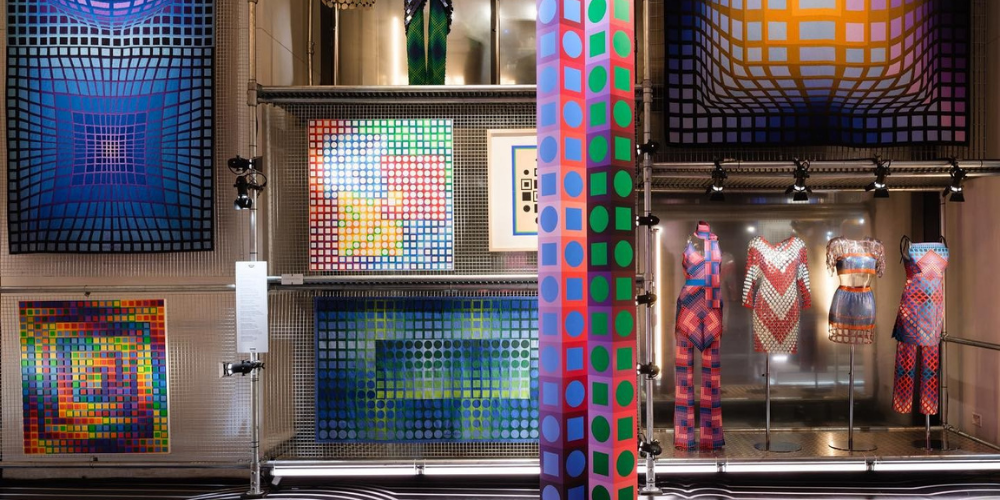 The hallucinatory works of Op-Art artist Victor Vasarely are creating a buzz at one of the city’s oldest and most historic department stores, Selfridges. The ‘Universe’ project, in collaboration with Paco Rabanne, is exhibiting — and selling off — digital editions of his works, exclusive collaborations (goodies) and fashion pieces inspired by the artist and designed by Paco Rabanne. 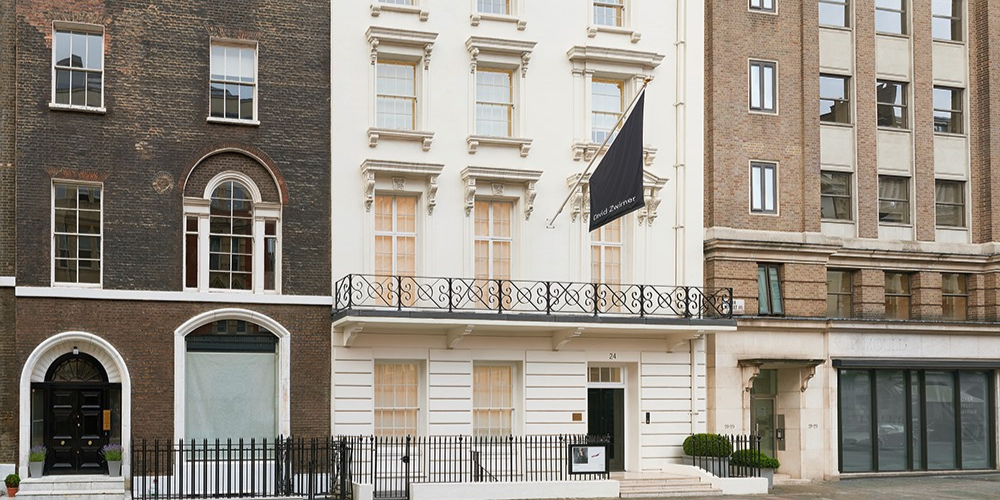 The David Zwirner gallery is presenting the very first London exhibition dedicated to the work of New York-born photographer Roy DeCarava (1919-2009). An intimate and infinitely universal exploration of scenes of modern life in elegant black and white. 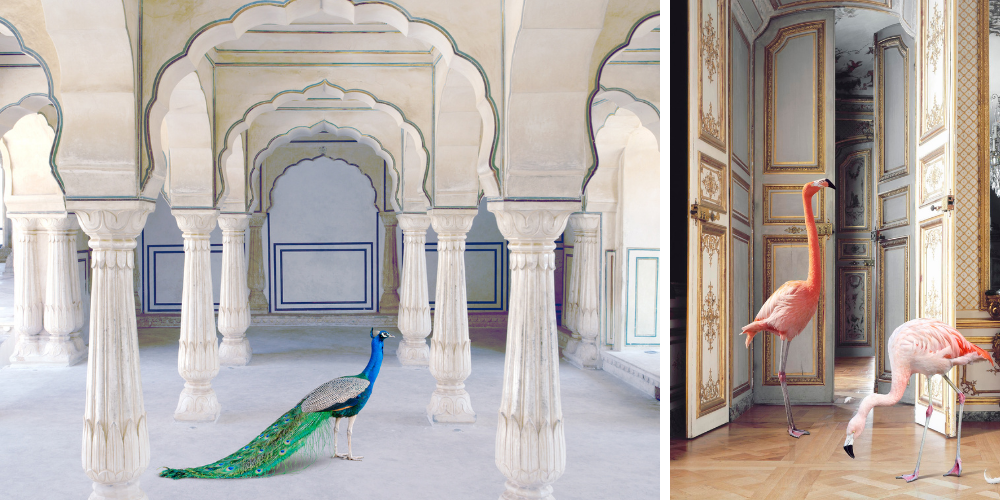 A photographic immersion in the myths and legends of northern India! British artist Karen Knorr is the star of a glamorous exhibit at the BARNES London agency, one of the group’s concept stores transformed for the occasion into an art gallery. The works depict incredible animal scenes in majestic locations to transport viewers out of time. 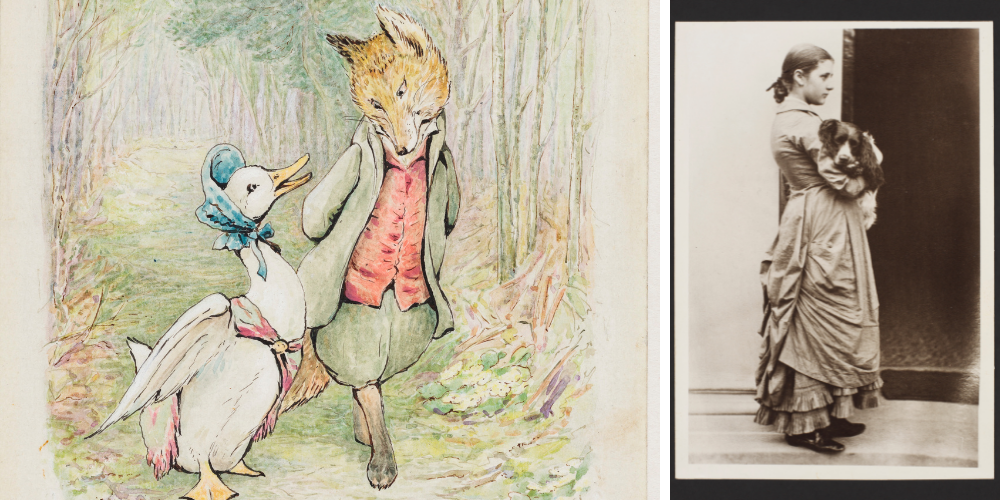 Nostalgic childhood memories! Writer, illustrator and natural scientist Beatrix Potter (1866-1943) is celebrated in a major exhibition placing the spotlight on the animal and natural world she created, so beloved from generation to generation. Peter Rabbit, Tom Kitten and Jemima Puddle-Duck all put in guest appearances. 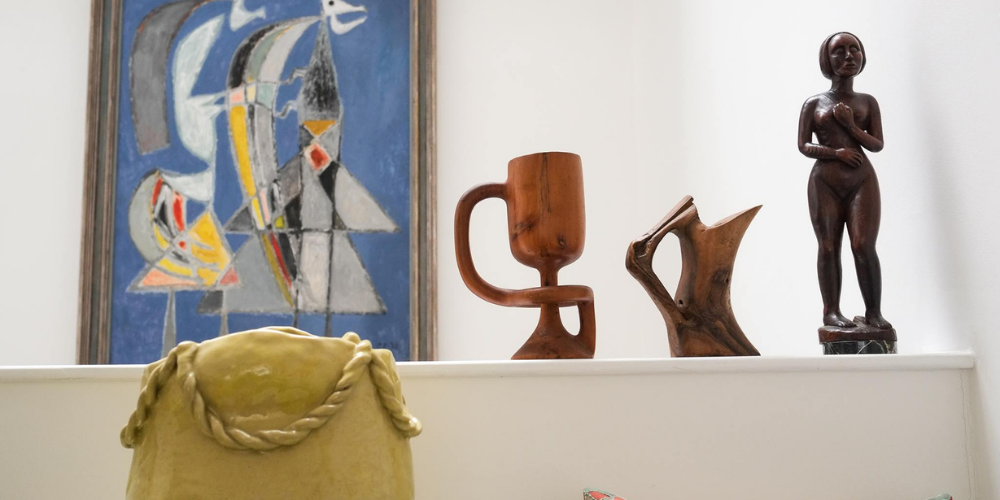 The must for past, present and future design at a single address: 8 Holland Street, created by an interior designer and a curator, is a design studio (and gallery) for emerging creators in addition to a store full of antiques and furniture, lamps, fabrics and decorative vintage objects. The new big name in town. 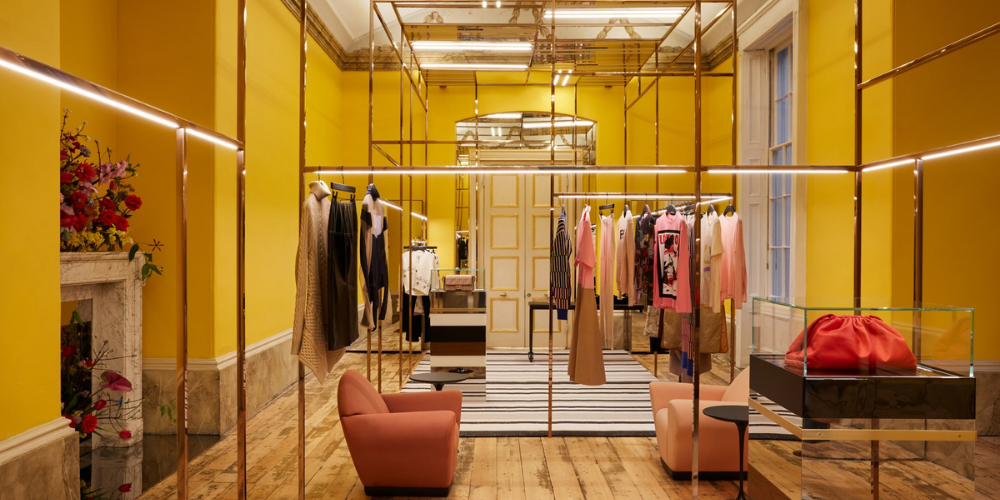 The new Mecca of chic shopping in London, Browns Book Street has set up shop in a 4-storey listed house: accessories galore, men and women’s high-end fashion, VIP area with a beauty bar and a restaurant in the planted courtyard. An intimate setting for specialist buyers! 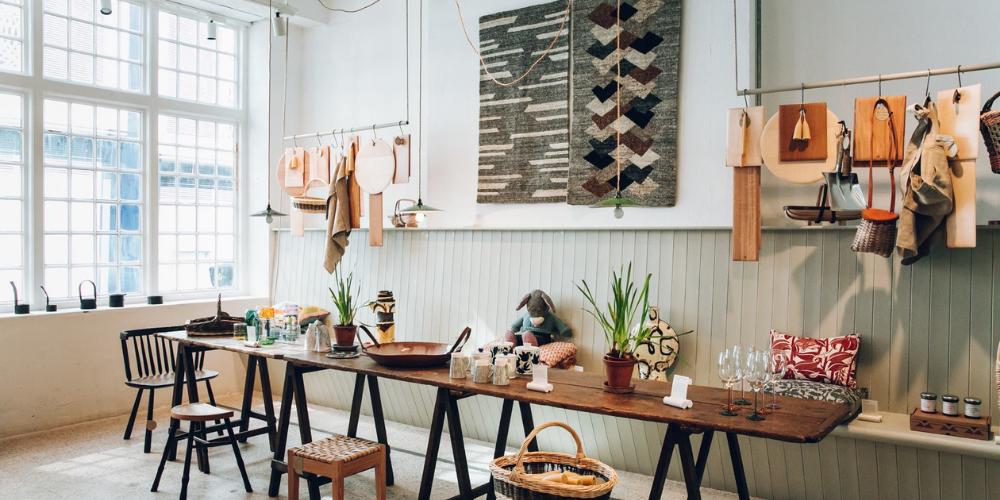 The best of luxury British crafts has found its showcase in Mayfair with ‘The New Craftsmen’: furniture, works of art, vases, cushions, tableware. Everything here is handmade. For antique hunters on the search for fine pieces. 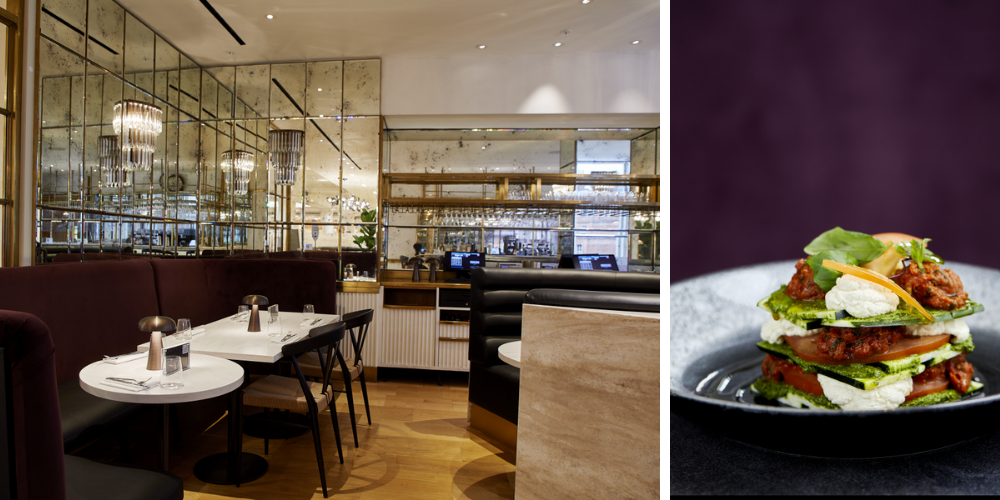 New for 2022: the restaurant Adesse by vegan American chef Matthew Kenney, who can count Leonardo DiCaprio himself among his fans! Plants take centre stage here, echoing the sustainable development initiative launched by Selfridges, Project Earth. On the menu: a wild mushroom and vegetable burger and a hibiscus cheesecake. In a seventies glamour ambiance, Folie — a favourite of Victoria Beckham — serves up the concoctions of Chef Christophe Marleix who previously worked in the kitchen of Plaza Athénée in Paris. The taste of the French and Italian Mediterranean, combined with regional recipes. Voted 2nd Best Brunch in London by Vogue. 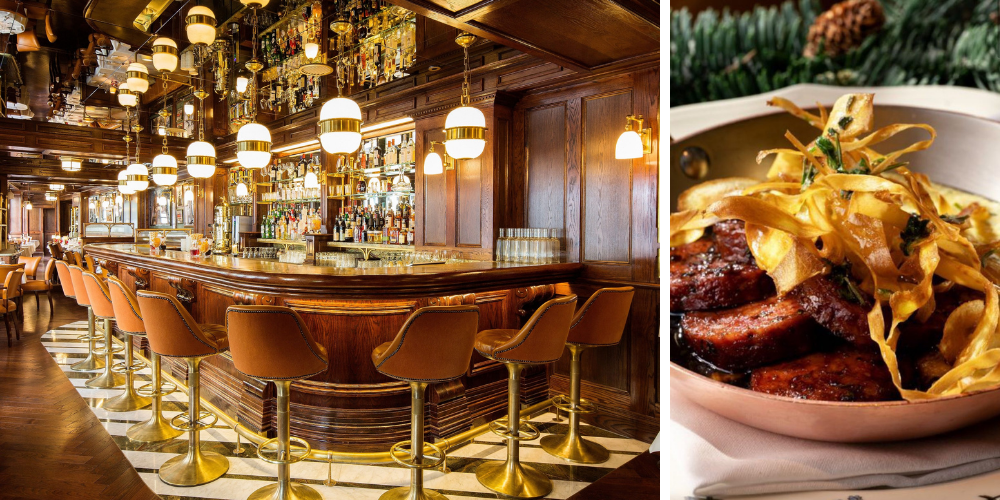 Come sample Italian delights in a décor worthy of the Godfather, just down the road from Harrods. Panelled walls, cosy sofas, Italian stars pinned up on the walls: a taste of the true dolce vita. And remember, order anything with truffles. 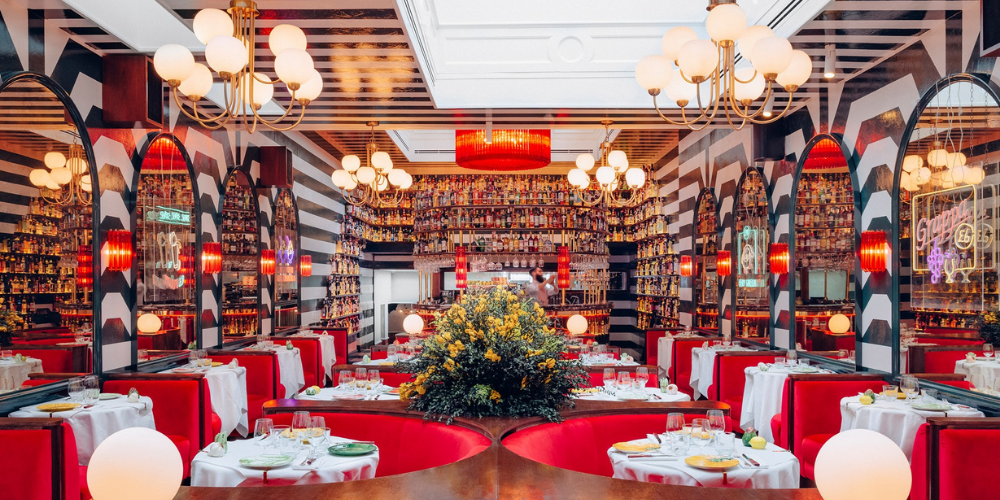 The latest creation from the unflagging Big Mamma Group in London, Ave Mario is a 100% instagrammable Italian restaurant, from the walls to the dishes: 3 rococo spaces, inspired by a motion-picture worthy day in Florence, invite you to dig into this ultimate dolce vita cuisine, including a Fancy Burrata, a “non-pizza” asking for truffle and a giant straciatella gelato.