Home›So...PASSIONS›So…Trendy›The BMW scooter that will have you raring to go green
So…Trendy, So...PASSIONS
by Laurent Caillaud
share this

The BMW scooter that will have you raring to go green

Masterpiece alert. The CE 04 recently unveiled by BMW has rendered all other models obsolete. In addition to its more than attractive design, it also boasts top-level performances and equipment at a reasonable price. Could this be the ultimate weapon to win over those still with an aversion to electric mobility?

We haven't (yet) managed to get behind the handlebars of the new CE 04 scooter, which won't be available in France for a few months yet. But that hasn't stopped us tipping our hats to BMW. The Bavarian brand, usually not big on eloquence, is calling it a “silent revolution”. And they could well be right. With its cutting-edge design (that’s right, we said it) and innovative connectivity solutions, the CE 04 is above all desirable. At last an electric two-wheeler you’d buy for its bodywork as well as its environmental virtues.

Talk about hot stuff... With its flat profile tandem saddle, its sharp lines, its disc wheels and its mini orange windscreen, you have to admit it impresses. Even its kickstand is stylish! Perfectly in sync with the times, the CE 04 comes fitted as standard with a 10.25-inch TFT colour screen with integrated map navigation and connectivity. Positioned at a convenient level, the screen is a welcome replacement for the usual smartphone precariously attached to the handlebars. 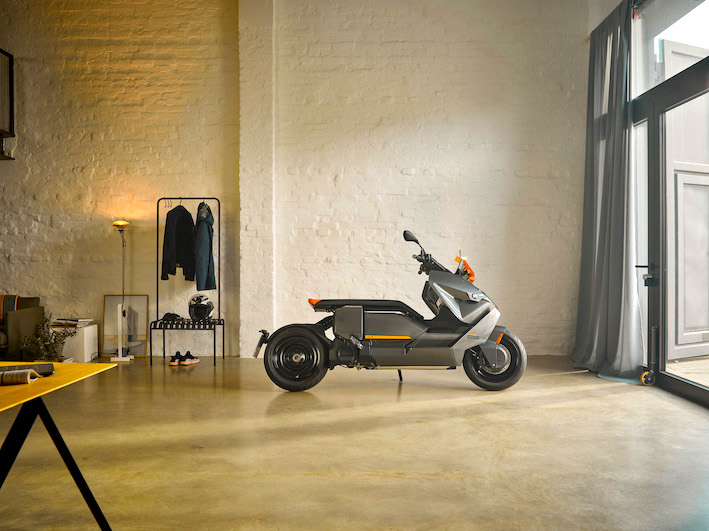 So what about the motor? With a maximum output of 31 kW (42 hp), the CE 04 goes from 0 to 50 km/h (31 mph) in just 2.6 seconds. Not easy to catch up with between two traffic lights, that’s for sure. Its top speed is limited to 120 km/h (75 mph), allowing you to easily head out of the city, even though it remains best suited to urban use. In terms of battery capacity, BMW has announced an estimated range of 130 km (80 miles) and a charge time from flat of 4 hours and 20 minutes. Or just 1 hour and 40 minutes with the quick charger available as an optional extra.

And, of course, this new-age scooter comes with ABS. As well as three riding modes (“ECO”, “Rain” and “Road”) to adapt to all driving conditions. It also has anti-skid control and traction control for stability, even when you accelerate hard out of a corner (which SoBARNES wouldn't recommend nonetheless). 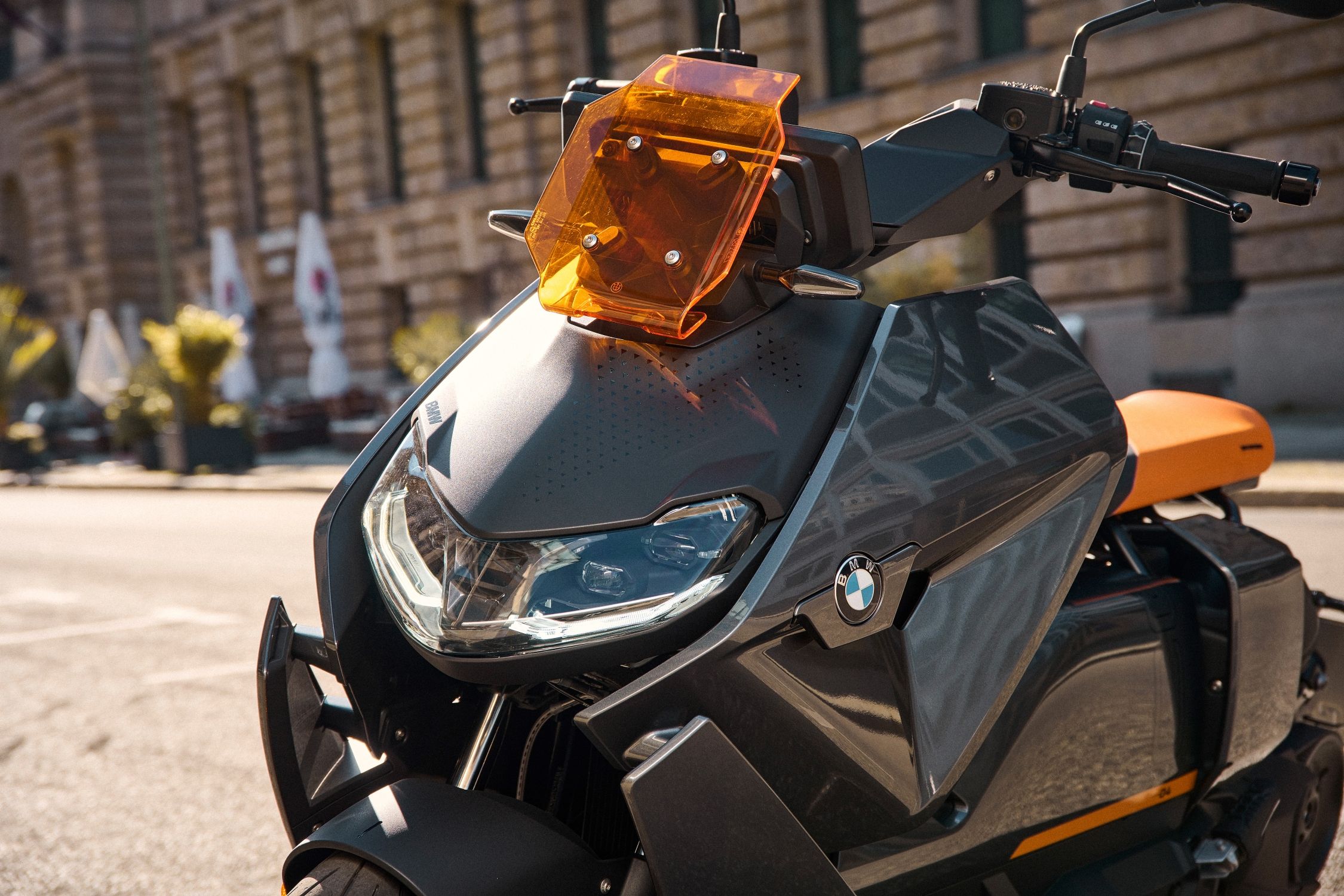 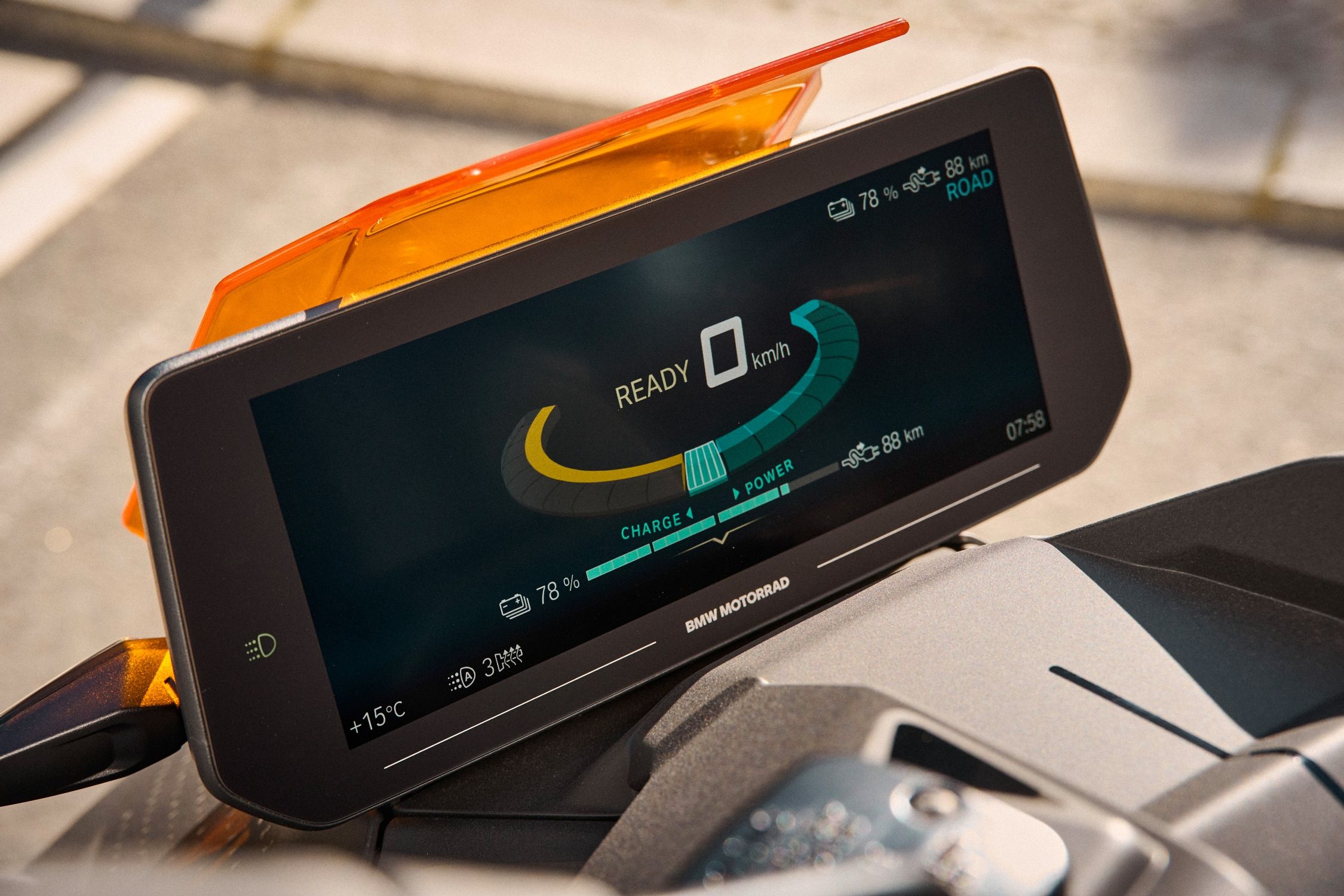 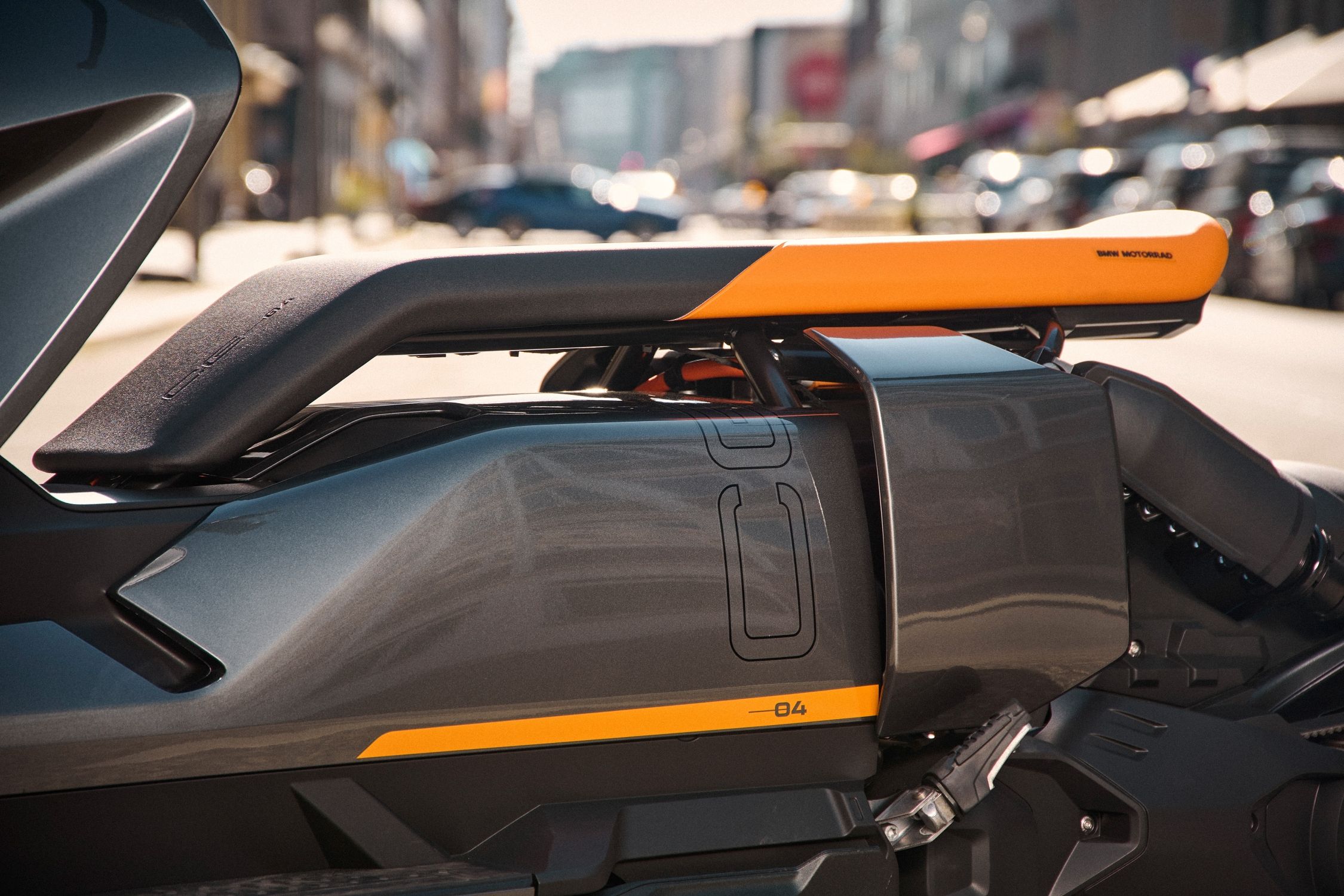 Like all self-respecting scooters, the CE 04 has a variety of storage compartments, including a side helmet compartment and a mobile phone charging compartment with USB-C charging port and ventilation. The successor of its older brother the C-Evolution, a best seller as of its launch in 2014 and which the new model outstrips on all fronts, it is nevertheless less costly, with a price-tag of €12,150 (£11,700). The target market? Bikers, given that you need an A2 licence (*) to take on this bad boy and its wind-in-your-hair performances. And we’re sure they won't be disappointed. So, is the CE 04 truly a silent revolution? Yes. But its arrival is certainly sure to make a noise.