Now that the cultural and artistic spheres have taken to the Web, this decidedly bold performance of Aida, recorded at the Opéra Bastille, is available free of charge on the Arte website. SoBARNES explains why this is definitely one not to be missed.

Aida turns 150 First performed in 1871 to mark the inauguration of the Suez Canal, this Verdi opera takes a very political turn in this new production by Dutch director Lotte de Beer staged at the Opéra Bastille. The thwarted love story of Ethiopian slave Aida and Egyptian officer Radames, straight out of the times of the Pharaohs, is transposed here to a cocktail party held at an ethnological museum and attended by representatives of what we imagine to be a Napoleonic high society, drinking champagne amidst statues representing oppressed peoples. Needless to say, this production, filmed during a one-off performance in early February, has divided the critics, but that can be said of any daring production. Yet even those most resistant to the opera will come to enjoy it thanks to SoBARNES.

We do, however, remain sceptical regarding the use of human-sized puppets to represent the characters of Aida and her father, with the singers being forced to stay within their shadows. The theme of colonial conquest and its repercussions on our society is certainly topical, but the message seems a little too forced to really hit the mark. That said, what a cast! Featuring the hottest stars including Sondra Radvanovsky, Jonas Kaufmann, Ksenia Dudnikova and Ludovic Tézier, under the flawless direction of Michele Mariotti. 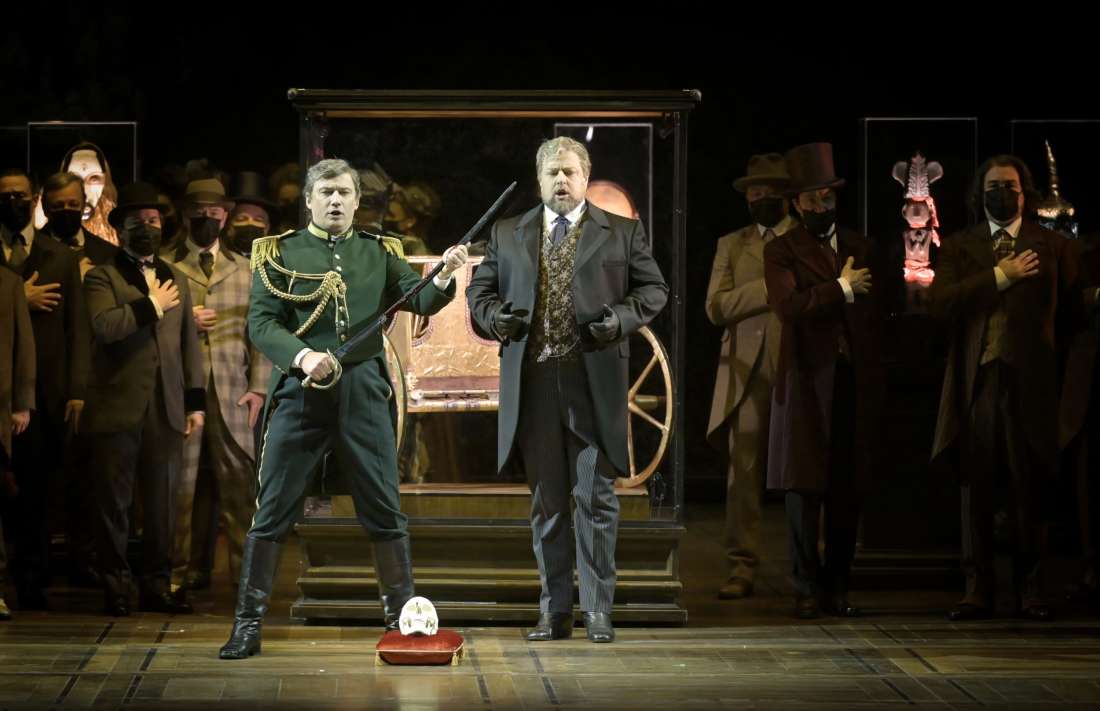 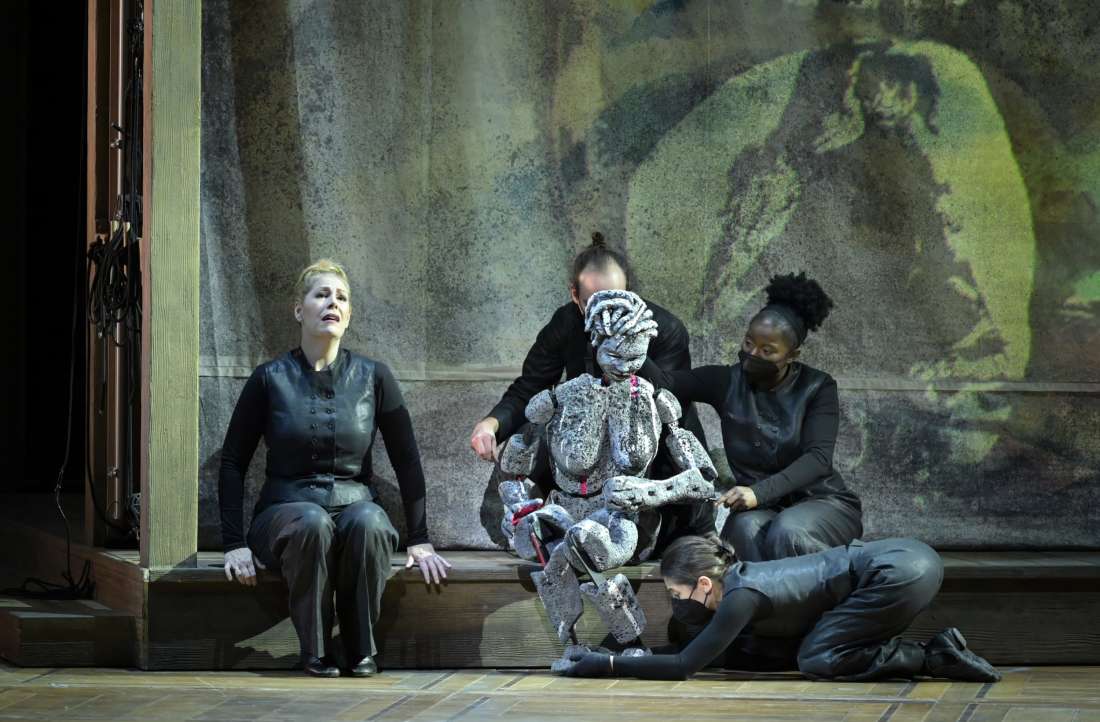 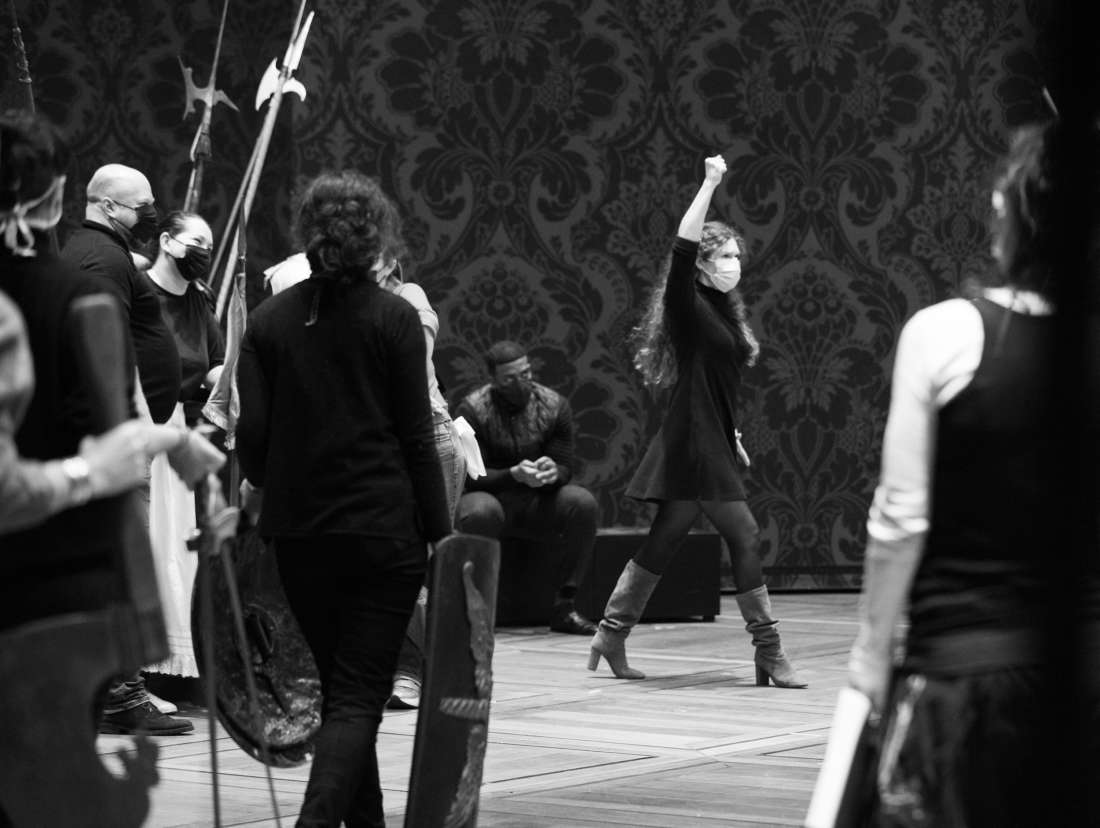 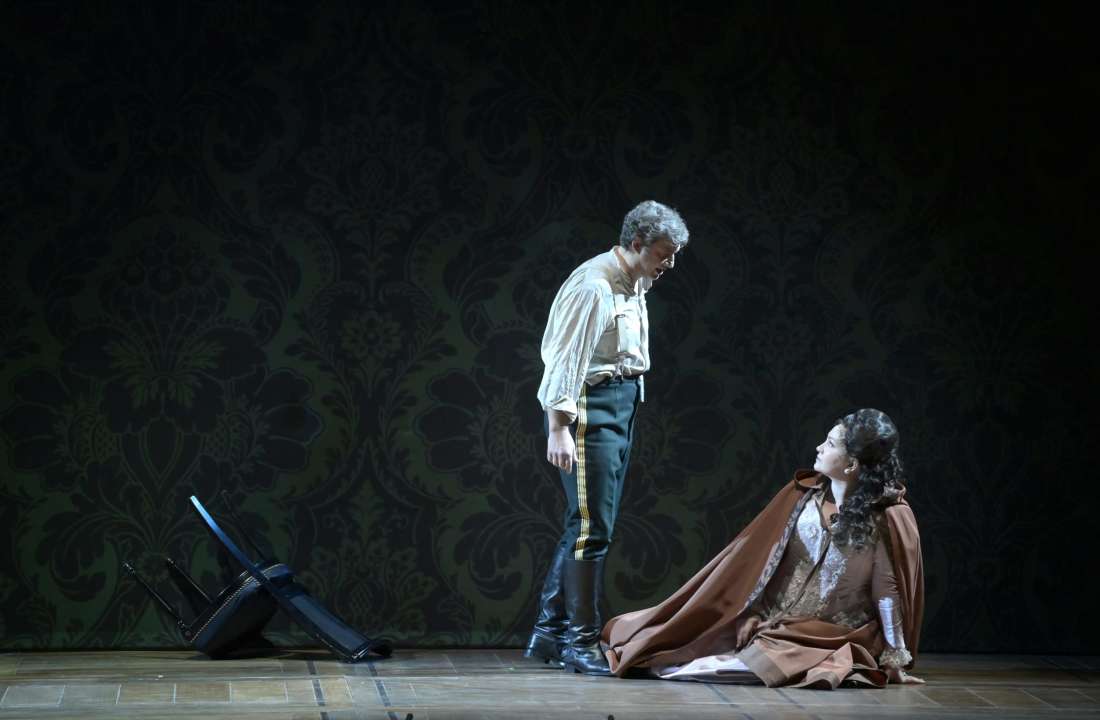 Giuseppe Verdi was at the height of his glory when the Khedive of Egypt Ismail Pasha commissioned him to write an opera that was to illustrate the inaugurations of both the Suez Canal and the Cairo Opera House. Incidentally, Verdi showed no interest in its Egyptian première (24 December 1871) and devoted himself instead to what he considered to be the true original production of his work, that staged at La Scala in Milan on 8 February 1872.

Turning her back on the pomp and picture-postcard Orientalism that have always been associated with the staging of Aida, what Lotte de Beer offers us here is certainly a different take, but one that includes a number of graphical treasures, especially in the heroic piece that is Act II (of course, you guessed it, the famous Trumpets of Aida). This series of reconstructed scenes, in the style of the productions we all pictured at home during the lockdown of spring 2020, is a roaring success, combining David’s Napoleon Crossing the Alps and Delacroix’s Liberty Leading the People with Raising the Flag on Iwo Jima to great effect. It is striking, rather funny, in any case very successful.

If you don't like opera in general or Aida in particular, you can go directly to this famous scene by dragging the cursor to 58.18 (but let’s keep that little secret to ourselves, eh?). Giuseppe Verdi’s Aida is available online at ARTE.fr until 20 August 2021

The fact that the chorus singers and puppeteers wear masks (for health reasons) is ultimately not at all inconsistent with Lotte de Beer’s intentions here, is it?