Home›So...PASSIONS›So…Secret›The reappearance of a Van Gogh
So…Secret
by Laurent Caillaud
share this

The reappearance of a Van Gogh

Art enthusiasts worldwide are holding their breath. On 25 March, Sotheby’s will be auctioning off a Van Gogh painting that has remained in the hands of a Parisian family for a century. A pivotal work that could exceed all expectations at auction, according to the auctioneer behind this discovery.

Imagine what goes through an auctioneer's mind when they stumble upon a Van Gogh… And not just any painting, an exceptional piece kept for nearly a century in the private collection of a Parisian family, hidden from public view. The type of miracle that only exists in films. And yet that’s exactly what happened to Fabien Mirabaud, auctioneer in Paris, interviewed by SoBARNES.

Scène de rue à Montmartre (Impasse des Deux frères et le Moulin à poivre), 1887, is one of the very rare series of paintings depicting the legendary Moulin de la Galette in Montmartre. A painting the entire planet is talking about, and which will be the main event of Sotheby’s Impressionist & Modern Art auction on 25 March in Paris. 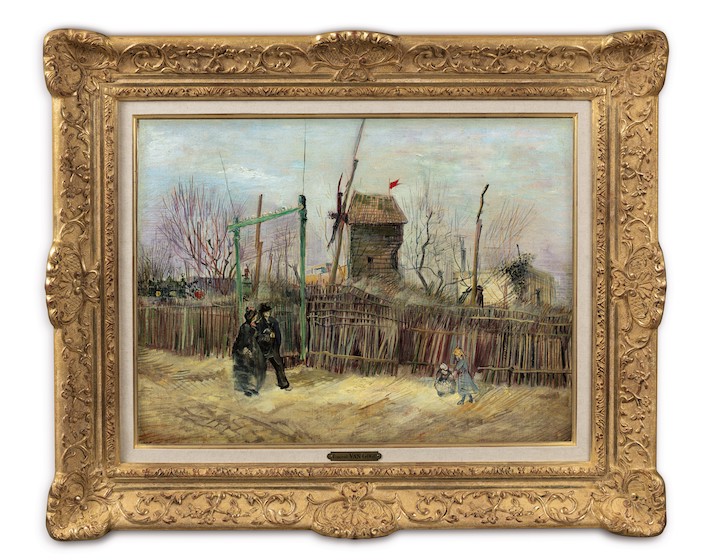 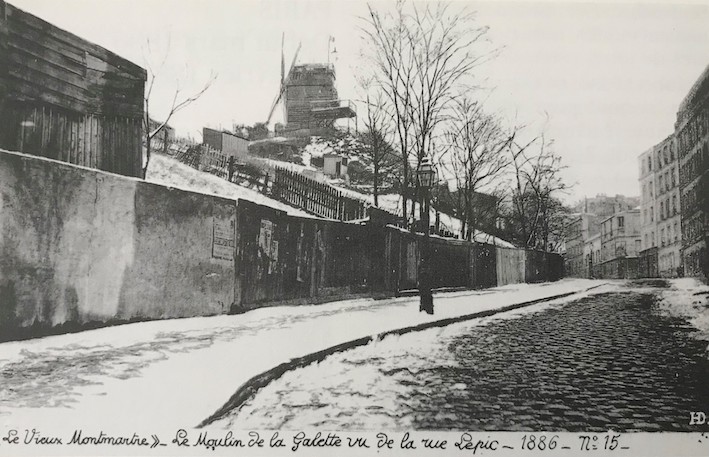 “Coming face to face with a Van Gogh that everyone knows exists, but that almost no-one has ever seen, it’s the Holy Grail”, says Fabien Mirabaud, still reeling from the experience. “When my associate Claudia Mercier and I saw the painting for the first time, hung on the wall of a family apartment, what we felt was simply indescribable. We instinctively knew that it was an authentic Van Gogh, one that was also well documented, but of course we sent it to Amsterdam for confirmation”.

Painted in the spring of 1887, while Vincent van Gogh’s was living on Rue Lepic in Montmartre with his brother Theo, this painting is indeed a major work by the artist, the moment when the painter abandoned the dark tones of his early works and embraced colour in all its brilliance. Scène de rue à Montmartre is thus a remarkable testimony to a crucial period in Van Gogh’s work:

Auctioneers Mirabaud and Mercier made a logical choice in entrusting its sale to Sotheby’s, thus giving the work maximum international exposure. “Due to border closures, foreign buyers would have been unable to come to France to admire this Van Gogh”, explains Fabien Mirabaud. “But Sotheby’s has made it possible for us to come to them”. Scène de rue à Montmartre was exhibited in Amsterdam and Hong Kong in early March, before being presented in Paris, first at Drouot from 16 to 18 March then at Sotheby’s from 19 to 23, ahead of its sale on 25 March. A word of advice from SoBARNES, hurry if you want to see it, because who knows when there will be another opportunity if it’s sold to a private collection?

The sale is estimated at €5,000,000–€8,000,000, a reasonable sum given the item in question. So why is that? “The problem is that we lack references when it comes to estimating such as painting”, explains Fabien Mirabaud. “So we are being very cautious”. So between us, what price should we expect to see? “The global art market wants this painting”, adds the lucky auctioneer. “Given the current crisis, masterpieces become particularly valuable, so we can expect to see a good price…”. We’ll find out on 25 March!