Breguet, the whirlwind of life

Invented by Abraham-Louis Breguet in 1801, the tourbillon ranks supreme among horological complications. Who better than the House of Breguet to pay tribute to its own history with the unveiling of this tourbillon watch in a limited edition? A masterpiece, to be discovered with SoBARNES.

Friday 26 June 1801, Abraham-Louis Breguet stood on the verge of revolutionising watchmaking history, having just filed a patent in Paris for his “watch compensating for all of the inequalities that may be found in the balance wheel and mainspring”. This invention, which he named the “Tourbillon” (French for ‘whirlwind’), was designed to cancel out the effects of Earth’s gravity on pocket watches, which were worn vertically at the time. 220 years later, the champion of complications has lost none of its aura. The Manufacture Breguet is paying tribute to this invention today with the Classique Tourbillon Extra-Plat Anniversaire 5365, a real head-turner to say the least.

This anniversary piece is, of course, fitted with a tourbillon visible between 4 o’clock and 6 o’clock, with one of these axes showing the seconds. But SoBARNES would like to tip its hat to the two guilloché motifs (Clous de Paris, or ‘hobnail’, and grain d’orge, or ‘barley grain’) hand-engraved on the gold dial. Now one of Breguet’s hallmarks, guillochage, or engine-turning, has a particular function in horology: it captures the light in a variety of ways, thus enabling the different reading zones on the dial to be clearly marked. Engine-turned surfaces are also better protected from the ravages of time than a polished finish. Lastly, they offer the relief needed to collect the microdust that could have degraded the chronometric performance of the first pocket watches more than two centuries ago. 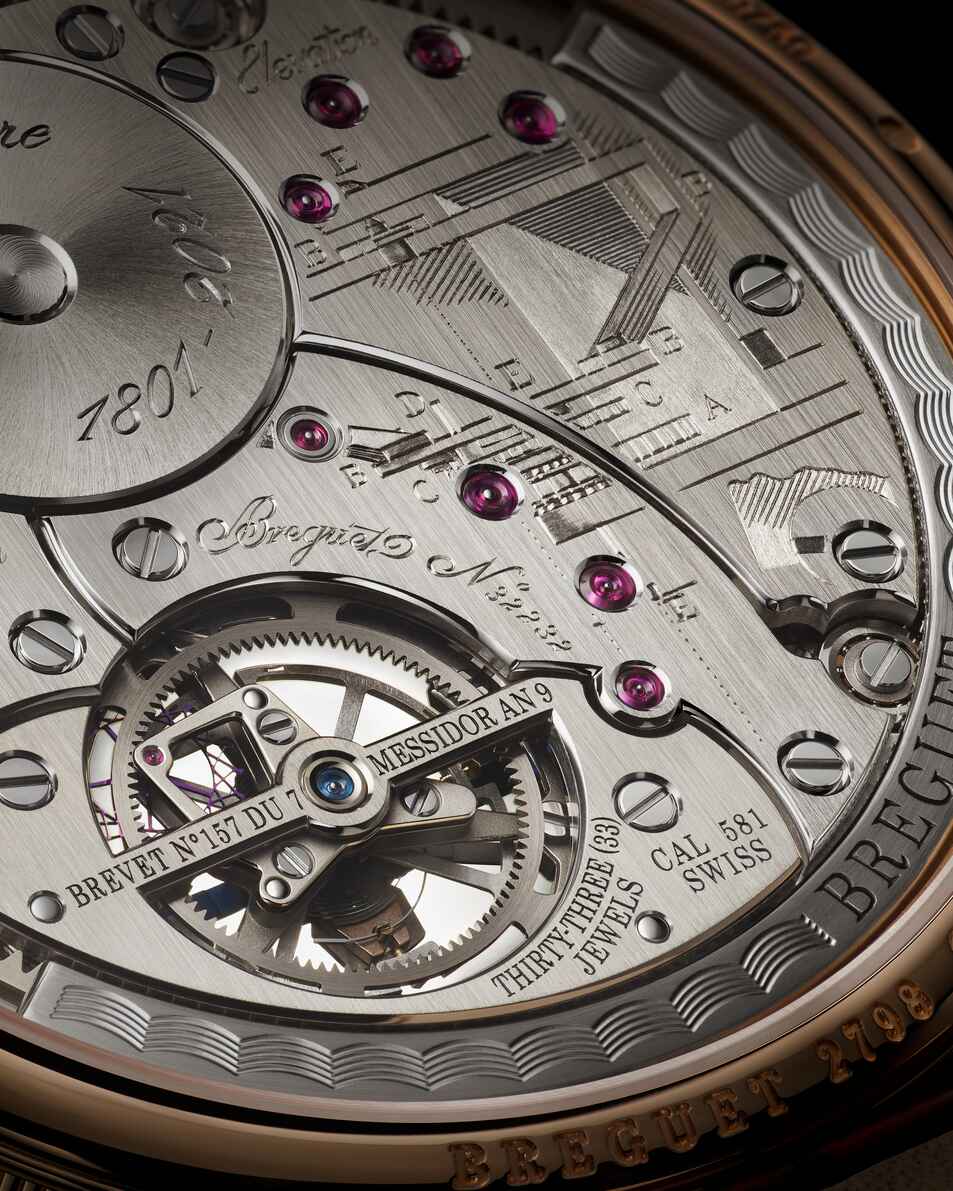 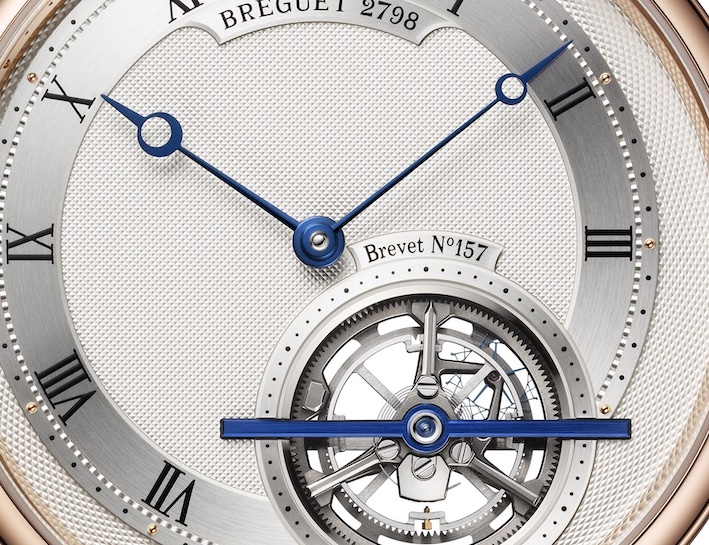 The caseback of this sublimely classic watch also deserves close attention: the barrel bears the inscription “Anniversaire 1801–2021”, while the lower bridge of the tourbillon proudly boasts “Brevet No 157 Du 7 Messidor An IX”(*). But the crème de la crème has to be the reproduction of the watercolour plate used by Abraham-Louis Breguet when filing his 1801 patent, to the right of the movement. How’s that for pure elegance?

And the final oh-so charming detail, the Classique Tourbillon Extra-Plat Anniversaire 5365 will be produced in just 35 pieces, the same number of tourbillon watches made during the lifetime of Abraham-Louis Breguet.

(*) 26 June 1801 and 7 Messidor year IX are one and the same, according to the Republican calendar still used in France at the time. But you’d already guessed that