The Mystery Clock: a Cartier legend

The Mystery Clocks produced by Cartier in the ’20s and ’30s are coveted among watch enthusiasts. The clock presented for sale by Piasa on 19 May is one of a kind. SoBARNES explains why.

When horology becomes an art in itself… In 1912, aged just 28, watchmaker Maurice Couët drew on the work of famous illusionist Jean-Eugène Robert-Houdin to develop the “Mystery Clocks” that would become Cartier icons. A true miracle of watchmaking: the hands are not directly linked to the movement but attached to two rock crystal discs with a serrated metal edge that is operated by a rack and pinion system hidden in the frame of the case. Which gives the illusion that the hands magically levitate and float on the dial, as the movement is housed in the base of the clock.

The mysterious Art Deco clock presented for sale by Piasa, stamped by Maurice Couët, is a clear reference to the Empire State Building in New York, inaugurated in 1931, whose silhouette is duplicated on the hands. Another distinctive feature is the use of onyx and rhodonite on the plinth: from the Greek rhodon (rose) for its colour, rhodonite is not commonly used at Cartier – in fact it is the only known example – and is certainly the most surprising element in the composition of this Mystery Clock.

The production of this marvel required the intervention of no fewer than six specialists from Cartier’s Parisian workshops (a goldsmith, an enameller, a lapidary, a setter, an engraver and a polisher) over a period of 12 months. Some 90 Mystery Clocks were manufactured up until the ’30s, with production discreetly starting up again after the war, then again in the 1970s. 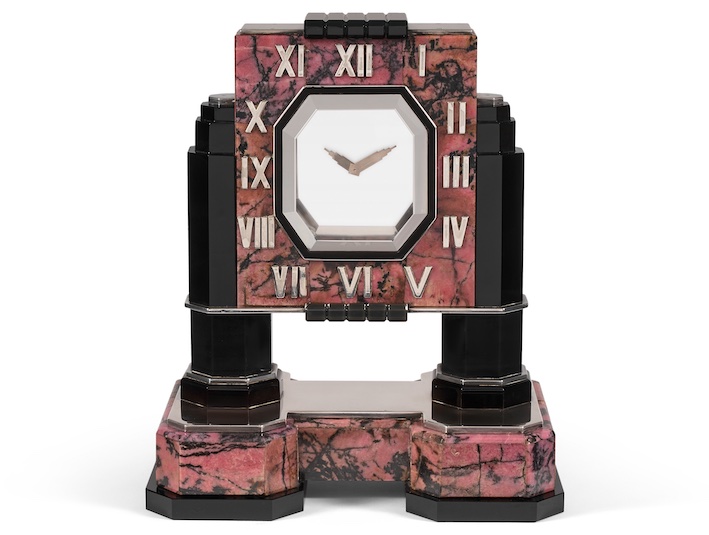 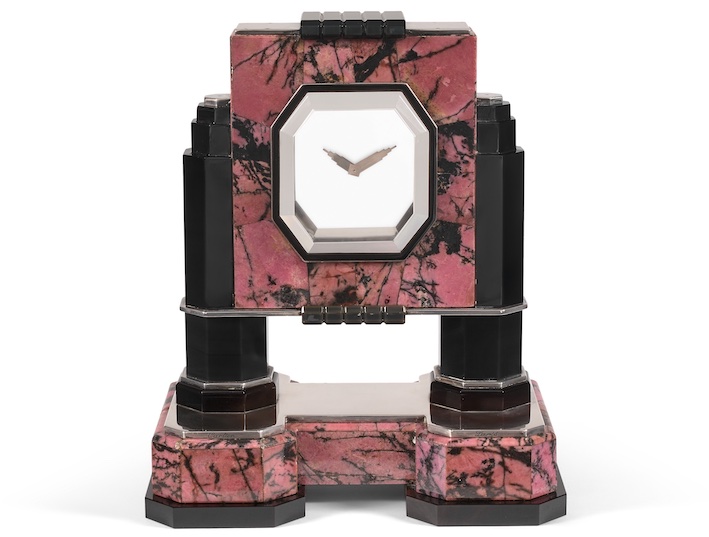 Presented at auction for the first time, this exceptional piece dating from the ’30s had not appeared on the market since its creation by Cartier Paris and comes from the private collection of legendary auctioneer and academician Maurice Rheims (1910-2003). Which only adds to its appeal and explains its estimated price of between €400,000 and €600,000. No small amount, that’s for sure, but you have to admit you’d quite like to be the object of envy among your friends and neighbours with such a piece displayed on your desk!

Before leaving you to your bids, we couldn't end without the SoBARNESpedia fact: you may be wondering what Jean-Eugène Robert-Houdin has to do with any of this... Born in Blois in 1805, and considered the inventor of modern illusionism, Houdin started out working in his father’s and father-in-law's watch-shops. He made a name for himself at the Exhibition of French Industry in 1839 with the presentation of his “mystery clock”, the mechanism for which, once reworked, would go on to inspire the Cartier clocks.