After the city car, the family car and the sports car, it’s now the limousine’s turn to go green. Mercedes is getting the ball rolling with the EQS, an astounding concentration of power and technology.

As you may have noticed, the end of the petrol engine (not to mention diesel) is nigh. According to manufacturers, the axe is set to fall somewhere between 2030 and 2035. In other words, in the very near future. And Mercedes can't afford to lag behind, given that its S-Class has been THE best seller in the limousine category for 40 years. Hence the brand with the three-pointed star is presenting the EQS, its vision of an all-electric luxury saloon.

It goes without saying that an electric car is designed to be silent. Something that Mercedes has pushed to the extreme in terms of the EQS’ aerodynamics with a Cd benchmark of 0.20, making it the most aerodynamic production car in the world. Not only does this boost the range, but it also improves quiet running with an almost non-existent wind noise level even at high speeds.

In terms of technology, the EQS has it all, including gadgets like the driver's door that opens automatically as the driver approaches, and other potentially more useful additions like “automated valet service”: in countries where it is authorised and in equipped car parks, the car will park and unpark itself. 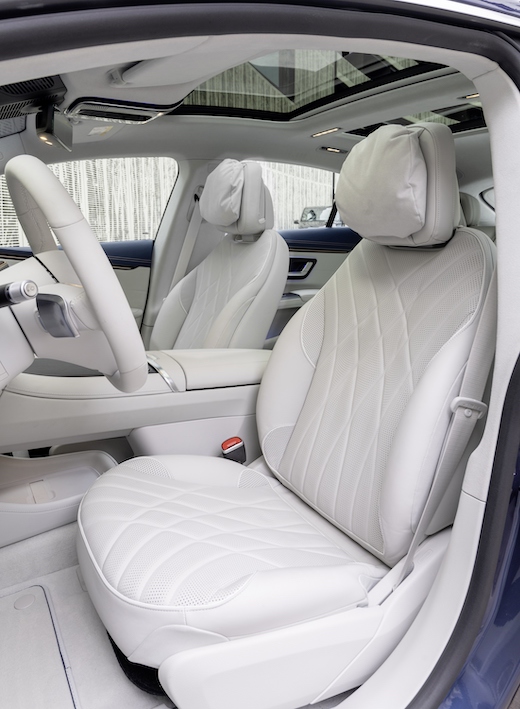 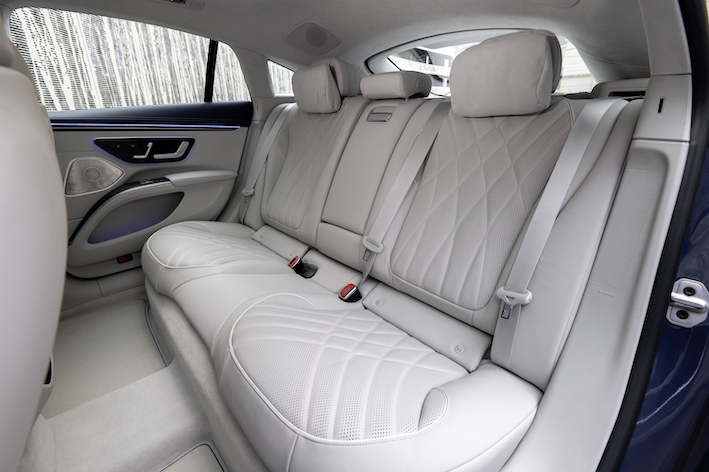 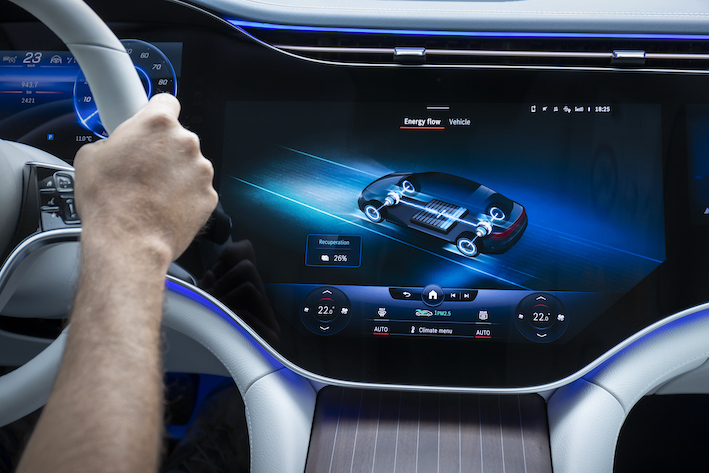 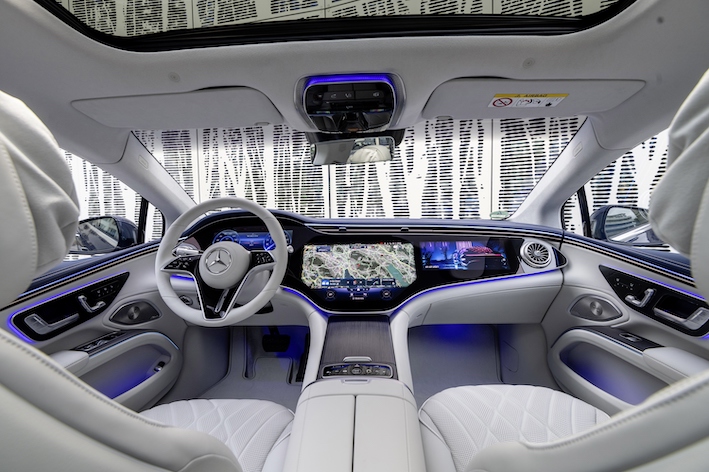 The full range of comfort and safety equipment on the EQS is too long to list, but we were blown away by the “Hyperscreen” that covers the entire dashboard. It is in fact composed of three curved screens that appear to merge into a single 55-inch display heralding the future of cars: a 100% digital interior, able to move without the intervention of the driver. With a detail we love here at SoBARNES: if the driver takes a glance at a film on the passenger screen while driving, a camera spots the movement and switches the screen to standby!

And because it’s not enough to just put an electric motor in a car to claim it’s green, the EQS is manufactured in a CO2-neutral manner using resource-efficient materials like the carpets made from recycled yarn.