An Aston Martin on the wrist

The first creation to come from the collaboration between Aston Martin and Girard-Perregaux has surely been blessed. This Tourbillon with Three Flying Bridges is a fascinating tribute to the mechanical expertise of both manufacturers. SoBARNES unravels the secrets.

Let’s be honest, partnerships between watchmaking brands and automotive groups are not always newsworthy (don't press us, we won't name names). But the partnership announced in February 2021 between Aston Martin and the manufacturer Girard-Perregaux raised expectations among a large number of enthusiasts, who won't be disappointed. The Tourbillon with Three Flying Bridges unabashedly emblazons a 19th century classic, brilliantly reworked in a contemporary style. Set between two sapphire crystal panes on the front and rear of the case, the movement seems to float in mid-air.

The impression that it levitates within the case comes from the absence of a mainplate, an illusion that led to the term ‘Flying Bridges’ in the 1860s. A watchmaking feat skilfully achieved by the manufacturer Girard-Perregaux, founded in 1791. But Aston Martin, for its part, did not play an idle role in the design of this timepiece: the 44mm case is composed of Grade 5 titanium, a hypoallergenic ally selected by the car manufacturer for its lightweight. 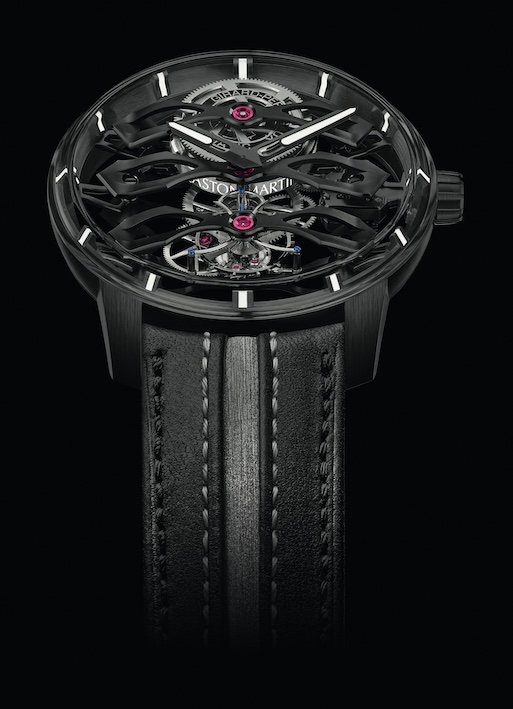 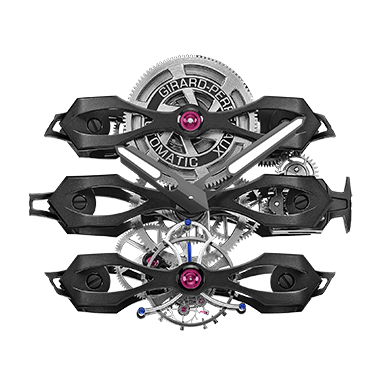 Positioned at 12 o’clock, the openwork barrel affords a partial view of the mainspring. Engraved on the vertical flank of the micro-rotor is the Aston Martin logo, filled with white luminescent treatment that appears blue in restricted light (we love it!). Likewise, the indexes and hands also receive the same treatment.

The strap, meanwhile, the design of which is reminiscent of Aston Martin’s racing cars of the past, is made from black calf leather with a rubber alloy, injected with white gold.

The Tourbillon with Three Flying Bridges - Aston Martin Edition will be produced in just 18 numbered pieces. We’re willing to bet that there’ll soon be plenty of takers among true fans of the British brand. And we can't wait to see what will come next in these exciting adventures!