Ranked at the top of the most attractive cities internationally (according to the 9th edition of the CCE (French Foreign Trade Advisors’) attractiveness index) thanks to its high-quality infrastructure, Lyon is something of an institution on all levels - cultural, gastronomic and economic - and one that is continuously reinventing itself. The capital of the Canuts is a hotbed of gastronomy that ranges from Michelin-starred restaurants to young and highly creative chefs, as well as a cultural breeding ground in perpetual movement. Lyon is generally one of the most liveable cities in the world and attracts some 6 million tourists every year.

Lyon is also the second-most expensive city in France and boasts a dynamic employment pool and economy, making the region particularly appealing to executives and company managers. The typical BARNES buyer is 48 years old on average, with 91% buying for themselves and 75% buying with someone else. 31% of buyers do not yet live in the region. One thing that has become clear is that more and more locals are buying at the higher end of the market. According to the figures, Lyon is a user market, so we’re talking about a safe-haven investment rather than a quest for profit. Because of this, Lyon has always had a stable market, so there’s no risk of getting caught in a bubble.

The predicted exodus to the countryside did not happen. Our city centres have not been left deserted. 53.54% of our sales in 2021 were apartments and 46.46% were houses. Properties with a terrace or a view, however, are always in high demand, while the quality of the local schools has also always been a key factor for parents when deciding which neighbourhood they want to live in. This keeps prices high. Note: the 2nd and 6th arrondissements are particularly sought after (around €6,000 to €6,900 per sq.m).

Top tip The Val de Saône area is now an excellent compromise between the city centre and the countryside. There are still high-quality properties available here that offer space, views and greenery at affordable prices without the hassle of commuting. Not to mention some great schools that draw families to the area.

Old Lyon is just a stone’s throw from the city's bustling city centre and its international vibe. BARNES’ cultural and dining recommendations feature some real gems from each. 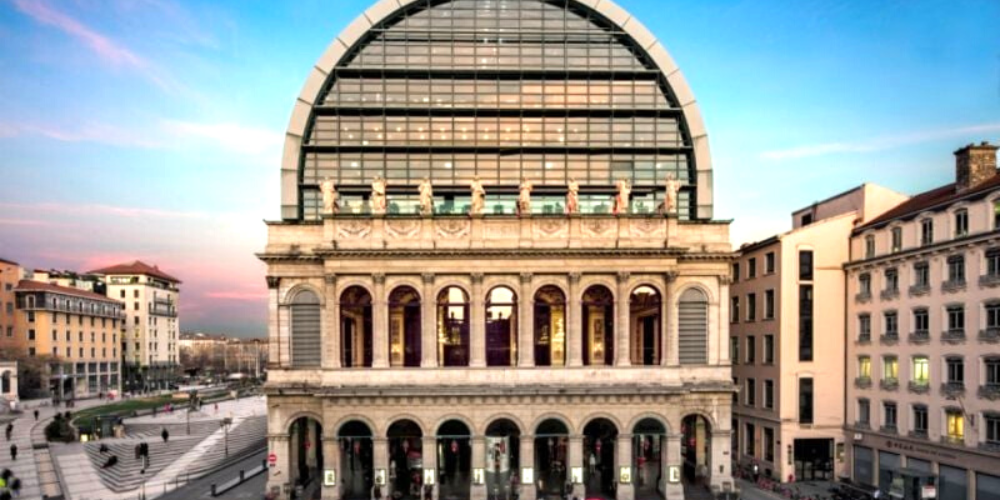 Worth a visit as much for its architecture, featuring 19th-century neoclassicism and a 1990s contemporary renovation by Jean Nouvel, as for its engaging cutting-edge programme of events, the Opéra National de Lyon also has an exclusive rooftop terrace on its 7th floor. 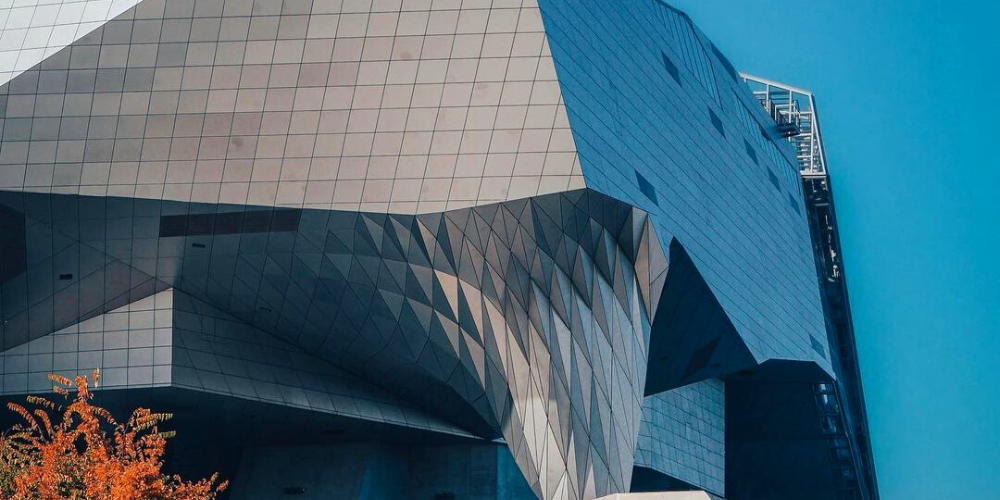 This architectural UFO designed to represent a bridge to the horizons of the world, at the confluence of the Rhone and Saône rivers, hosts various exhibitions on the history of humanity over the course of five centuries. The current exhibitions, Sur la piste des sioux (‘On the Trail of the Sioux’) and Magique (‘Magic’) give visitors the opportunity to discover different types of healers and invisible forces from around the world. 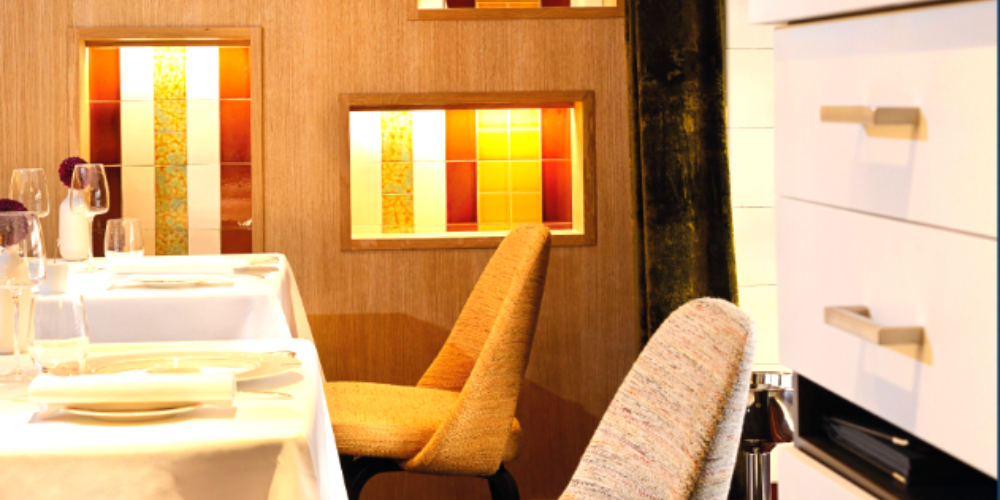 As something of an Art Deco institution of the city, established in 1921, this hotspot of Lyonnais cuisine offers an all-round taste and hedonistic experience. 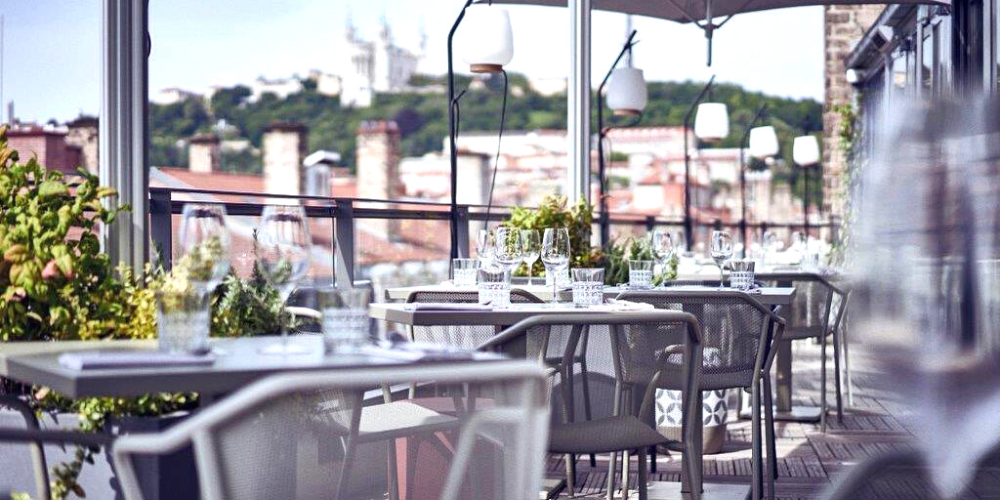 To admire the Lyon skyline with a good drink in hand and gourmet food on your plate, head for the rooftop restaurant of the intimate Maison Nô hotel. 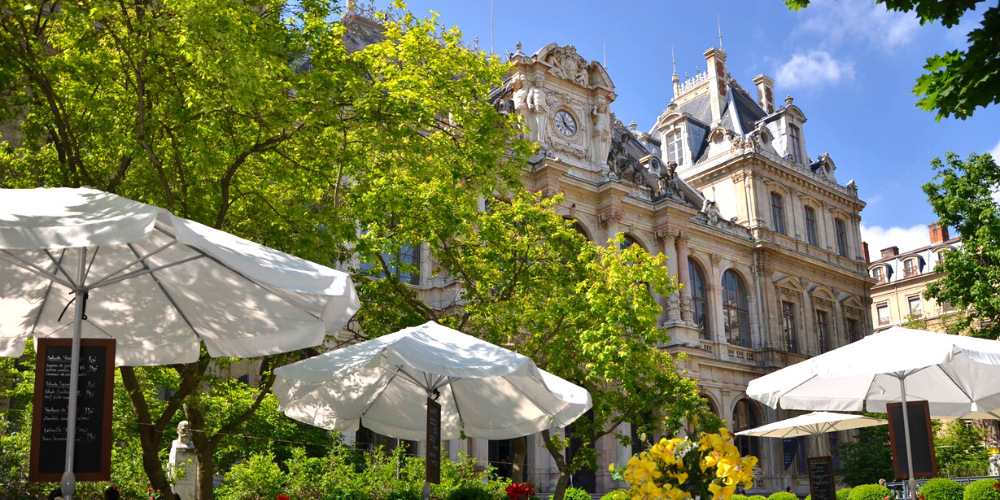 Standing at the heart of the Lyon peninsula, this restaurant and piano bar dating from 1921 and still in its original state, complete with woodwork and beautifully opulent surroundings, boasts a magnificent boxwood and maple terrace on the Place de la Bourse. A summer moment suspended in time.

Beneath the majestic 32-metre (105-ft) dome of the Intercontinental Hotel you’ll find the best bar in the world, complete with outstanding architecture, awe-inspiring mixology and superb service. The perfect place to enjoy exquisitely crafted cocktails from around the world. 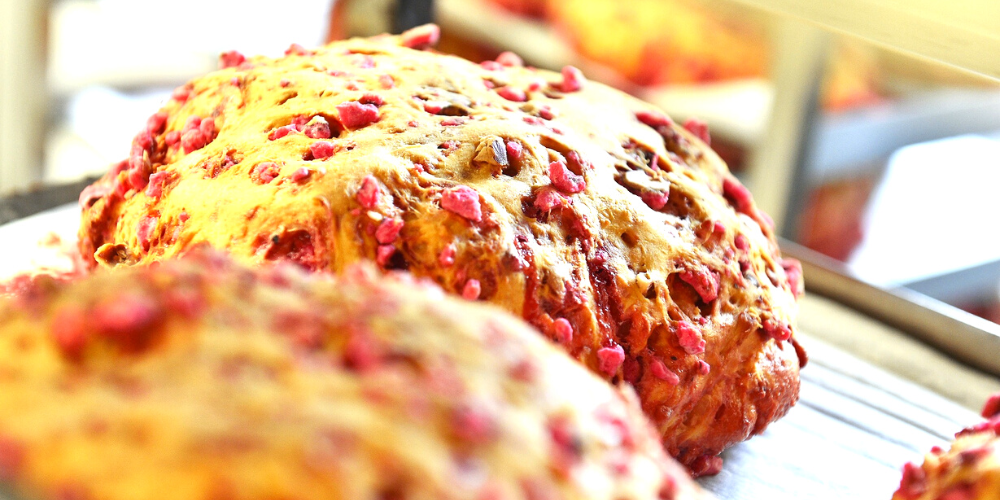 No visit to Lyon is complete without trying the tasty pink praline brioche by Maison Pralus, inventor of the Praluline®, which has been the brand’s flagship product since 1955.

This indoor market in Lyon’s 3rd arrondissement is a legendary institution when it comes to good food, with no fewer than 56 stallholders including oyster sellers, cheesemongers, bakers, chocolate-makers and pastry stalls, displaying their wares to visitors who come as much for a cultural stroll as for the culinary delights on offer.

This fabric manufacturer established in 1817 is a Lyonnais institution whose weaving machines are listed as part of the national heritage. You’ll find plaids, cushions and timeless ladies’ and men’s clothing on offer here for a chic, understated look. Perfect! 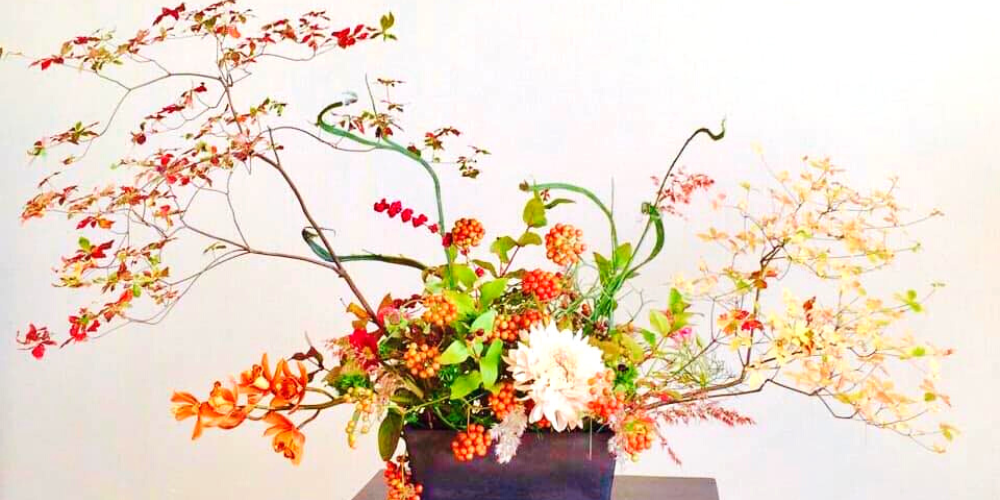 This ‘Cabinet of flowers and curiosities’ established in 2001 combines the Japanese sense of harmony with its founder’s French roots to create bouquets that have an element of ‘floral jewellery’ to them.