From Catalan Art Nouveau to the post-Olympic designer city, Barcelona has kept pace with all the cultural revolutions. A festive Mediterranean city, it draws tourists, art lovers, architecture buffs and contemporary adventure enthusiasts alike, who take their inspiration from past masters - Gaudi, Picasso and Miro, to name but a few. Why not enjoy a drink with tapas on Las Ramblas, or soak in the sun on the beach. Or visit the Sagrada Familia and the legendary Camp Nou football stadium, along with the many other monuments. What’s more, Barcelona is ranked among the top 10 urban destinations by the Resonance Consultancy 2021 for its start-ups.

On a downward trend between 2017 and 2020, prices have since rebounded. The elegant Pedralbes district remains the most coveted (€6,000 per sq.m), followed by the emblematic Dreta de l’Eixample and the picturesque Sarria (€5,600 per sq.m). Relatively stable, Galvany (€5,400 per sq.m) is closely followed by the historic residential and university district of L'Antiga Esquerra de l'Eixample which has seen steady growth. The most in-demand luxury properties are large apartments in the upper part of the city (close to the international schools).

Thanks to its competitive prices, Barcelona is the ideal city in which to enjoy the Mediterranean lifestyle. Multi-faceted, there are no good or not so good districts in Barcelona, but instead different ways of life, offering something to suit everyone.

Where to live: Pedralbes for a family ambiance with open spaces and green areas, Sarriá for a mix of quiet and lively streets, or Turó Park with its residential areas, shops and restaurants. The bustling Eixample district in the centre to soak in the city’s history, with its Quadrat d'Or and modernist architecture. You’ll find stunning apartments with original period features. The most popular district among young people is Gràcia.

The added extra: At BARNES Barcelona, we are a team of expats and Catalans who know how to provide you with guidance and assistance in making your property projects a reality.

Worth noting: The municipalities in the metropolitan area like Esplugues, Gavà and Castelldefels can provide fantastic opportunities, recomands Elizabeth Hernandez, Manager BARNES Barcelona.

Both an in vogue destination and a historical gem, Barcelona is teeming with top restaurants, fashionable shopping and cultural venues. Diaries at the ready! 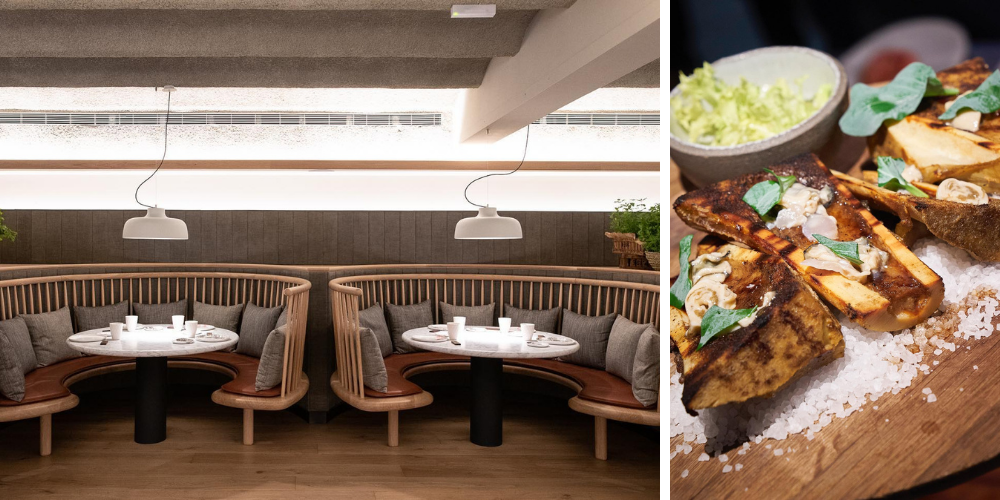 An institution since 1935, it may not look like much but it is all the rage with bohemian artists. This authentic winery serves up delicious tapas including croquetas and patatas. 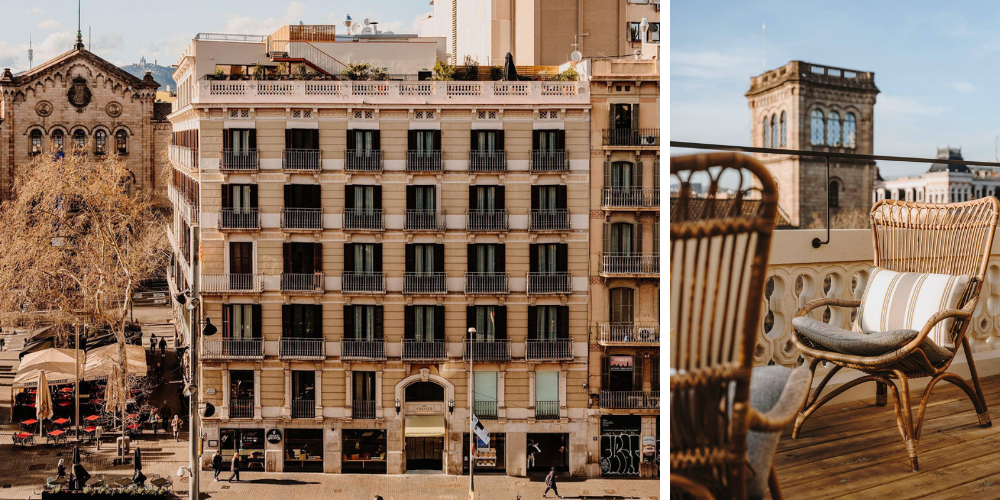 If you had to choose just one rooftop in Barcelona, it would have to be this one: the terrace at the hip restaurant run by Tomás Abellán at the Casa Luz hotel, with its breathtaking view over Carrer de Pelai and Plaça Universitat, its avant-garde design, and its delicious menu based on fresh, seasonal products and the best of local wine. The concept? A global experience where the space, service, atmosphere, cocktail bar and live music are equally as important as the food itself. Salud!

This private club under Nick Jones is a flagship venue in Barcelona, just like its counterparts in London, Paris and Berlin. Located in Port Vell Marina near the old town, its trendy rooftop with its cocktail bar and swimming pool is perfect for those mild spring evenings. Especially when combined with its Mediterranean cooking. 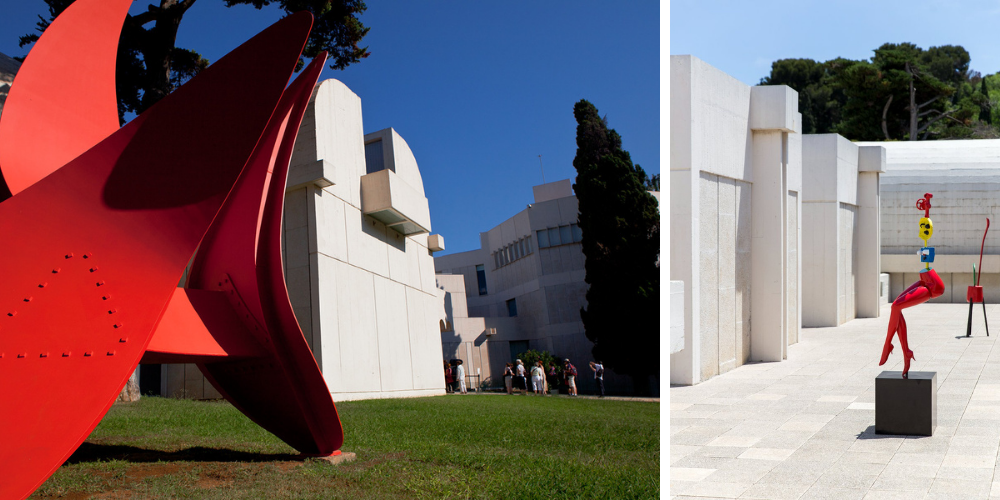 After taking the cable car up Montjuïc hill, stop in at the Fundació Joan Miró. Built at the initiative of the Catalan artist himself and designed by the architect Josep Lluís Sert, it houses 14,000 incredible pieces of art. A must-see for fans of art and architecture! 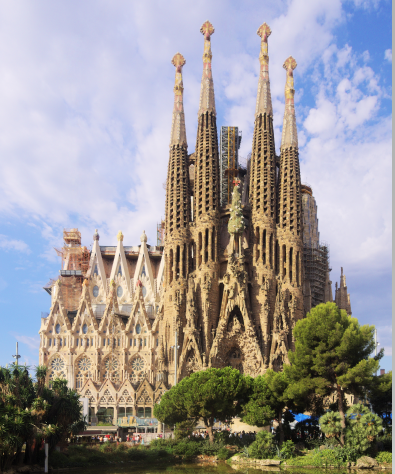 Paris has Notre-Dame, Barcelona has the Sagrada Familia, the iconic basilica designed by the architect Antoni Gaudi. An incomplete (despite its construction having been begun in 1882) but ongoing project (two new towers are scheduled for renovation in 2022), this mystical building is a symbol of Catalan modernity and is Spain’s most visited monument. 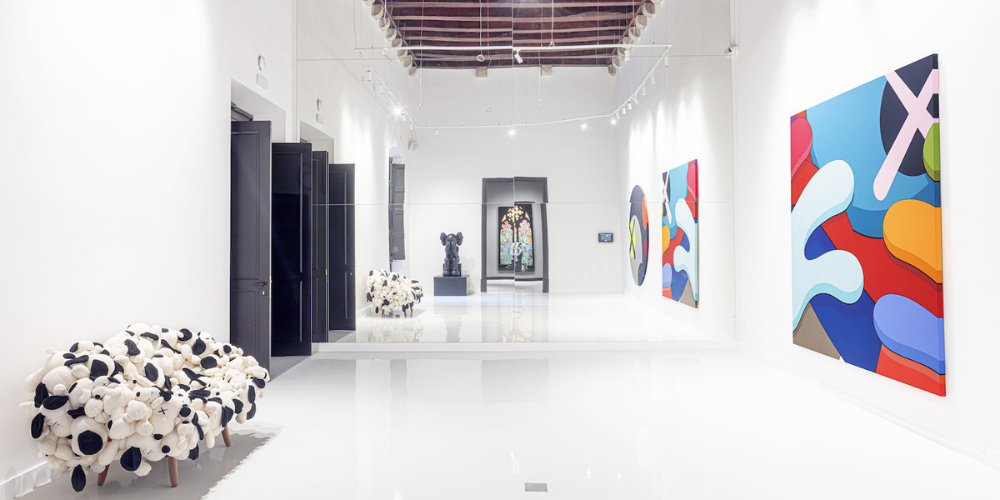 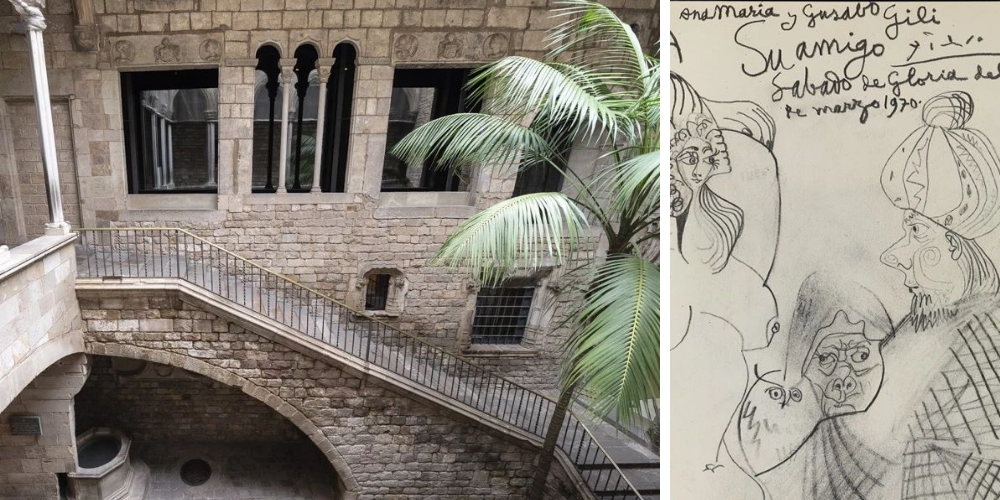 4,251 works by the Spanish painter are displayed in this magnificent museum with its Catalan Gothic décor dating from the 13th and 14th centuries. The world’s largest collection of works by the young Pablo Picasso, who initially studied in Barcelona. Including some of his first works, part of his Blue period and his Las Meninas series (1957). An enchanting journey!

Renovated in 2005 by the architects Enric Miralles and Benedetta Tagliabue in the typical architectural style of Barcelona with a colourful ceramic roof, the market is filled with stands manned by regional fruit, vegetable, fish, meat and even flower producers. A delight for both the eyes and the taste buds! 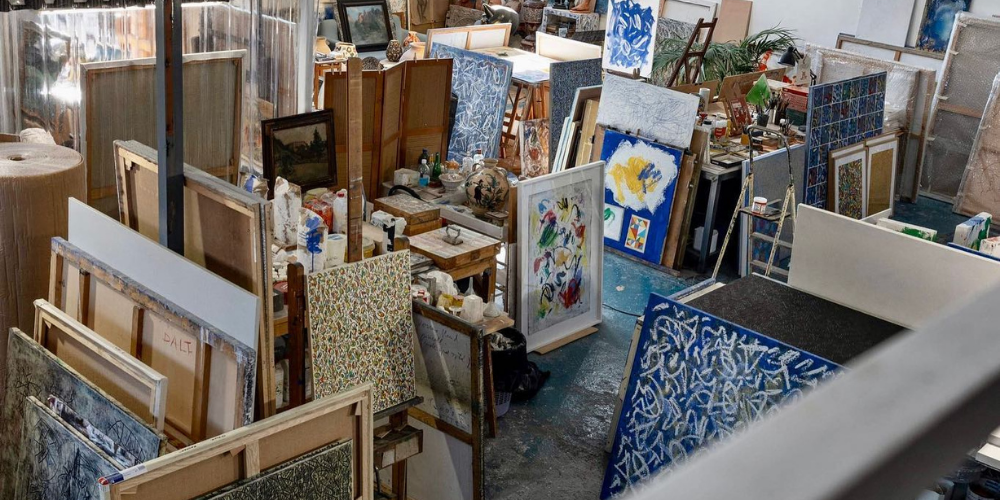 Antique dealers, artisans and artists exhibit their marvels in this vast open-air vintage village just an hour’s train ride from Barcelona. For those die-hard bargain hunters!