Nestled between the lake and the mountains, the city of Annecy, the administrative centre of the Haute-Savoie region, is reflected in what is the purest water in Europe. Ranked 2nd in a 2022 list of the best cities and villages to live in France, the ‘Venice of the Alps’ is the perfect escape for lovers of natural beauty. In the shadows of the castle that was once home to the Counts of Geneva, its Renaissance streets lined with canals evoke its rich and long history. The panoramic views from the Pont des Amours bridge and the Pâquier promenade are simply breathtaking, from the eternal snow of the Aravis mountain range to the noble residences that pepper the surrounding hills and the sailing boats on the horizon. If you’re interested in something more active, you’ll find yachting, water-skiing, diving and many other watersports available in the area, while the ski resorts of Grand-Bornand and La Clusaz are just 30 minutes away. The city’s proximity to Lyon and Geneva is another major advantage.

A great many tourist investments (Michelin-starred restaurants, luxury hotels, etc.) have boosted Annecy's image over the past five years and the city is now attracting a demanding clientèle from the major cities of Paris, Lyon and Geneva, and recently even from the United States and England. The average property price is €5,300/sq.m, but you’ll be looking at double that amount for a high-end property. The villas along the shores of the lake are the most sought-after, with stunning villas in the chic village of Menthon or the small port of Annecy-le-Vieux going for €2-3 million. Saint-Jorioz, on the western shore, is popular with families, while Talloires, ‘the pearl of the lake’, is also gaining in popularity.

invest in the Triangle d’Or district (right in the city centre and close to the lake, between Avenue du Parmelan, Bonlieu and Avenue d'Albigny). Plans to expand Galeries Lafayette are expected to have a positive impact on prices, while the neighbouring districts of Albigny and Romains also have lots to offer says Geraint Davies, Director BARNES Annecy.

BARNES has put together a selection of top restaurants, trendy boutiques and cultural venues to help you discover what the Venice of the Alps has to offer! Diaries at the ready!

The culinary delights of Jean Sulpice 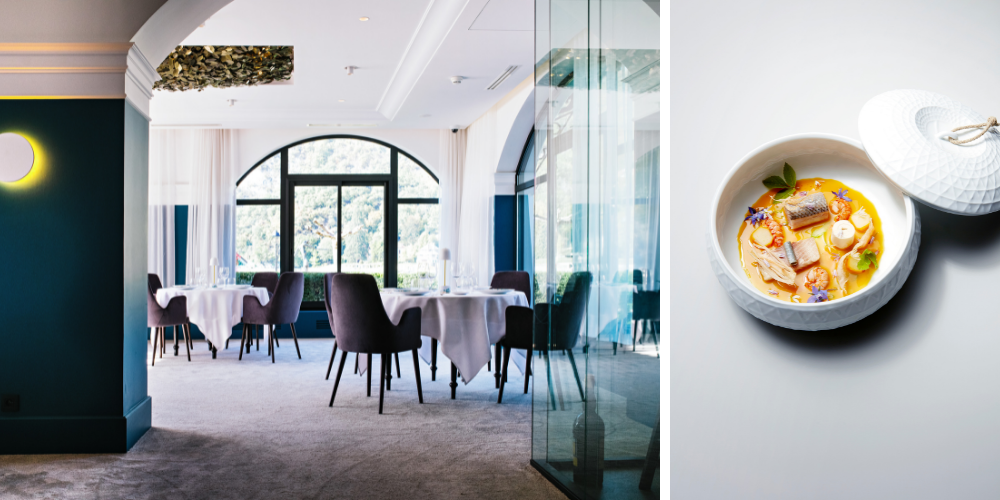 Head for the sublime 5* L'Auberge du Père Bise hotel in Talloires and take in the panoramic views of Lake Annecy and the mountains as you enjoy the legendary cuisine relished by many celebrities at the two Michelin-starred restaurant taken over by Chef Jean Sulpice and his wife Magali in 2017. The dishes Sulpice creates here have a strong local connection and celebrate the beauty and richness of the surrounding nature. On 4 March, Chef Jean Sulpice will be opening Le 1903 in place of his former bistrot. The restaurant has been entirely redesigned as a winter garden surrounded by a curved glass pane overlooking the lake. The chef serves up a hearty cuisine that places the accent on the lake but also the diversity of our culinary heritage. 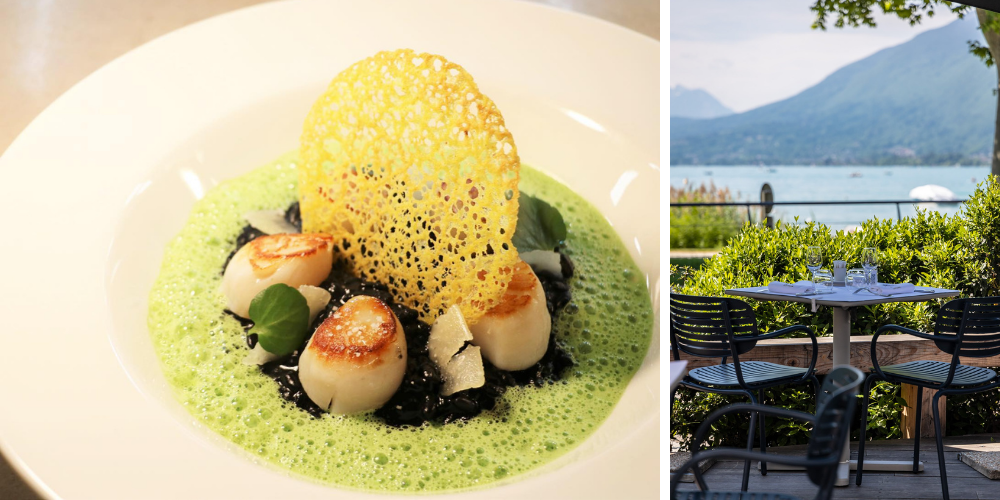 The new brasserie in the Bocuse collection opened in Annecy-le-Vieux in July 2020 and allows diners to enjoy views of Lake Annecy from its terrace as they sample the Bocuse's must-try dishes, which include everything from Bresse chicken to Red Label Madagascan prawn risotto and even delicious waffles. And if you’ve still some room after all that, you might want to check out the delicatessen!

This local boy, who trained with Marc Veyrat and at the Auberge du Père Bise, was awarded his first Michelin star in 2021 for his “creative cuisine”. Nestled in the spotless gardens of the courtyard of Annecy-le-Vieux Abbey, this retro-modern restaurant showcases seasonal produce and the work of local producers. To set your tastebuds tingling, let’s just say that the chef offers a candied egg yolk with the flavours of Arabica and Beaufort, three products that were always on the breakfast table when he was a kid, as an amuse-bouche. 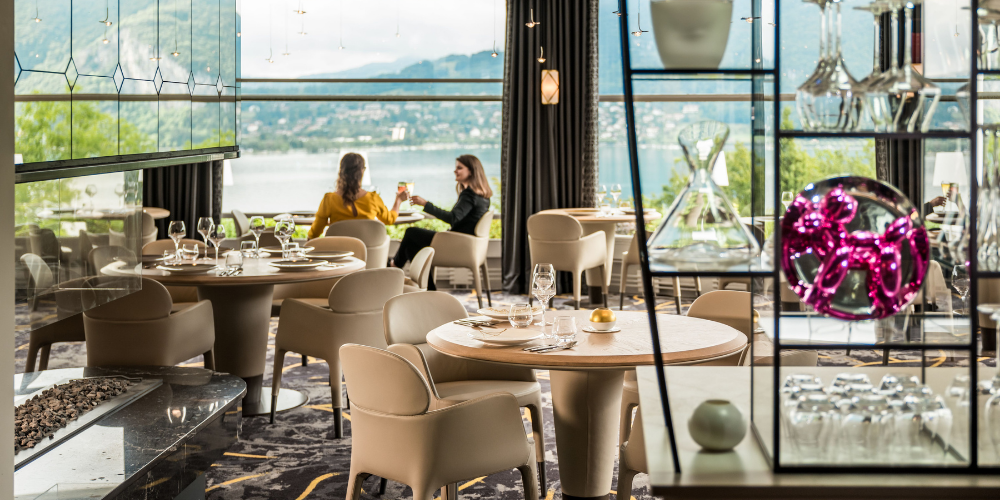 Also picking up a star in 2021 was Eric Prowalski, who has been chef at the 4* Les Trésoms hotel since 2011. In an enchanting setting with full views of Lake Annecy, his dishes embody the very best that his homeland of Aquitaine and his adopted region, the Alps, have to offer. A real treat for the taste buds.

The performing arts take centre stage at this modern cultural centre on the shores of Lake Annecy with its carefully curated programme. From circus and theatre to music and dance, you might be lucky enough to witness actress Clotilde Hesme fall in love with Rocky Balboa in Stallone, or dancer and choreographer Boris Charmatz lay himself bare in Somnole, or even tightrope walkers Les Filles du Renard Pâle do their thing in Résiste. Breathtaking productions, every one. 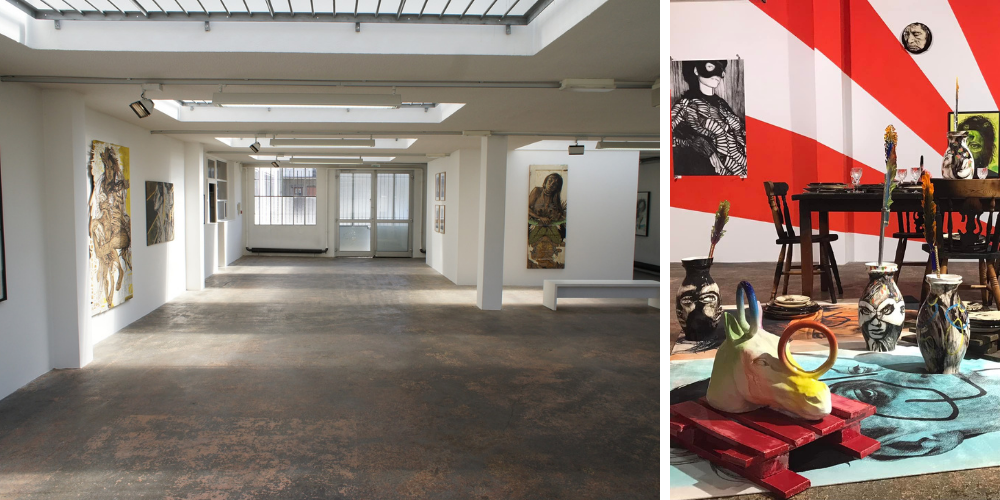 The Claudine and Jean-Marc Salomon Foundation for Contemporary Art is a major centre for contemporary art in the Annecy region. It places the emphasis on making art accessible to all through various exhibitions, talks and events. The dreamlike, texturised installations of Myriam Mechita and Herman de Vries’s plant-based works celebrating nature will be on display at L'Abbaye until 19 March. 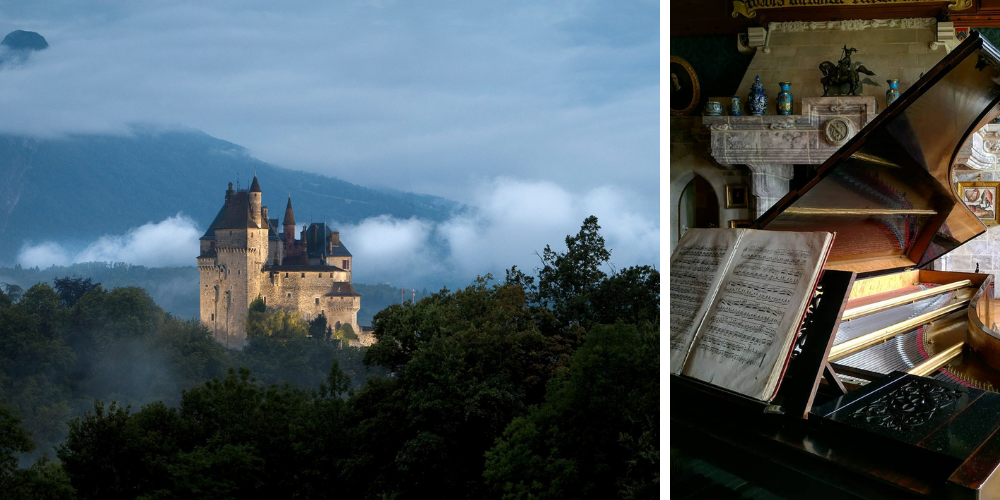 Walt Disney is believed to have been inspired by this very château when he created Sleeping Beauty’s castle. So it’s no surprise that a visit to this 12th century château, which has been occupied by the same family for over 1,000 years, is a must when visiting the area. Perched on a rocky spur, it also boasts sublime views of Lake Annecy.

This photo gallery located at the heart of Annecy's old town is an ode to awe-inspiring landscapes. The carefully crafted shots of mountains and animals are a true breath of fresh air. 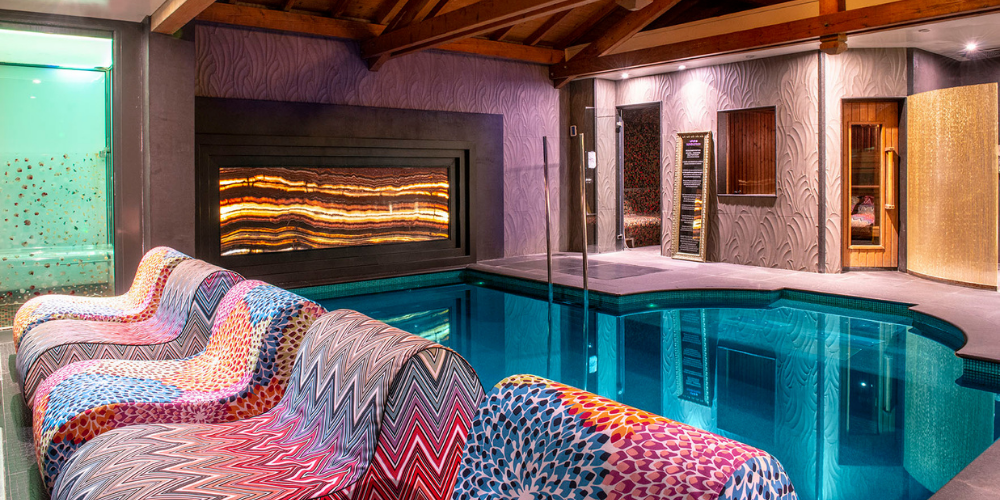 This spa offering breathtaking views across Lake Annecy creates the ultimate sense of fulfilment. Nestled within the Les Trésoms hotel, it is the perfect place to come to relax and feel good, alternating a few lengths of the outdoor pool with a stop off in the sauna, the hammams or the balneotherapy pool before enjoying one of the excellent treatments on offer. A true haven of peace and tranquillity.

Fly over Annecy in a hot-air balloon

If you’d like to get a closer view of the surrounding peaks but don’t fancy the hike, then a hot-air balloon ride from the city to marvel at the Alps and Mont Blanc could be just the thing. What could be more unforgettable! 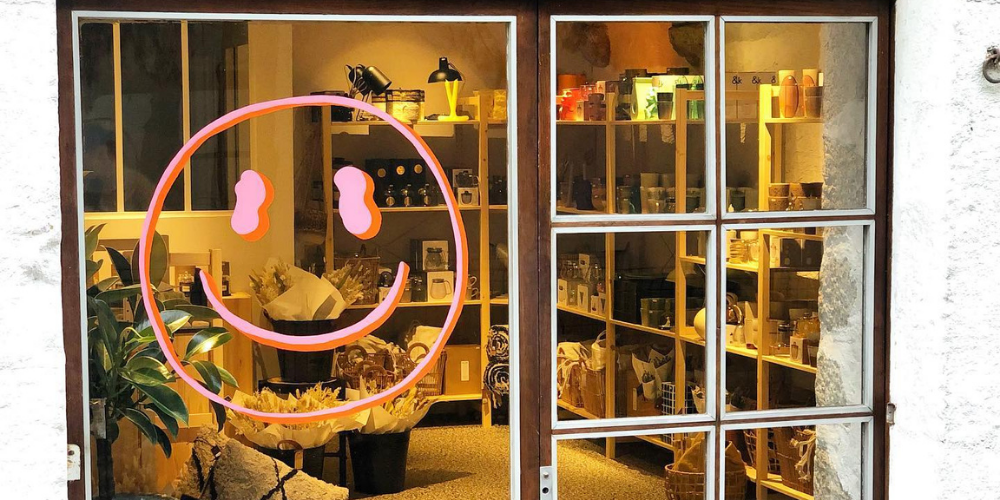 This charming boutique selling a plethora of wonderful things is located on a pretty little square in Annecy and comprises homeware and decor store Tatayoyo and florist Natipi. A trendy and poetic range of pieces to embellish your daily life and your home.

The first Annecy-based concept store inspired by the one and only Colette in Paris, this multi-brand boutique serves up cutting-edge fashion courtesy of Aurélie Bidermann, Goossens Paris and Sœur alongside lattes, pastries and artisan ice creams. A must for those on the hunt for the next new thing!