The Golden Age of Vacheron Constantin

To celebrate the 100th anniversary of the American 1921 in style, Vacheron Constantin has set itself an extraordinary challenge: reproducing this icon in a one-of-a-kind creation, using only antique tools, materials and expertise. An intricate journey back in time presented by SoBARNES.

Specifically designed for the American market during the Roaring Twenties, the American 1921 set itself apart from the rest through its diagonal reading of the time. A young man’s dream at a time when wristwatches were only just beginning to overtake pocket watches. To celebrate the 100th anniversary of this truly unique model, Vacheron Constantin decided to dive into its archives and its watchmaking know-how in order to faithfully recreate the watch using the techniques from 1921. A piece of cake? Far from it. The project kept the Maison’s Restoration workshop and the Heritage department busy for an entire year.

The original American 1921 was only produced in 24 pieces, one of which is now part of Vacheron Constantin’s private collection. At the time, its dial was offset to the left, with the crown at half past ten. Its descendants in this new range have stayed true to this aspect, except that their crown has been moved slightly to the right, at half past one. Which, rather than upsetting the overall aesthetic, makes reading the time a tad more natural. But manufacturing techniques have significantly progressed over the last century. The only point in common is the craftsmen’s skill. Everything had to be remade from scratch. Some historic tools were taken from the archives: a facing lathe, a rounding-up (topping) tool from the 19th century, an 18th century upright drilling accessory, an early 20th century staking tool... Several months of research, weeks of reflection and observation, and numerous more or less successful experiments were necessary to reproduce the antique techniques. 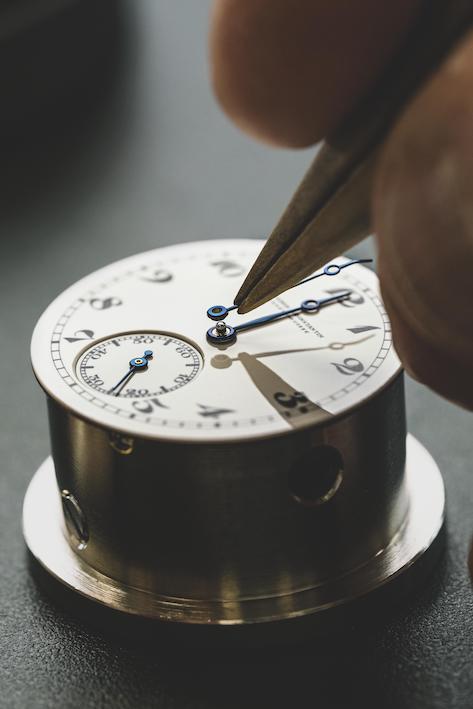 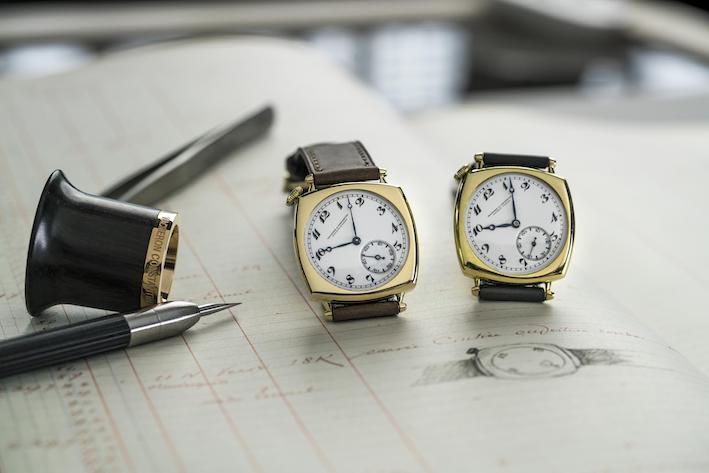 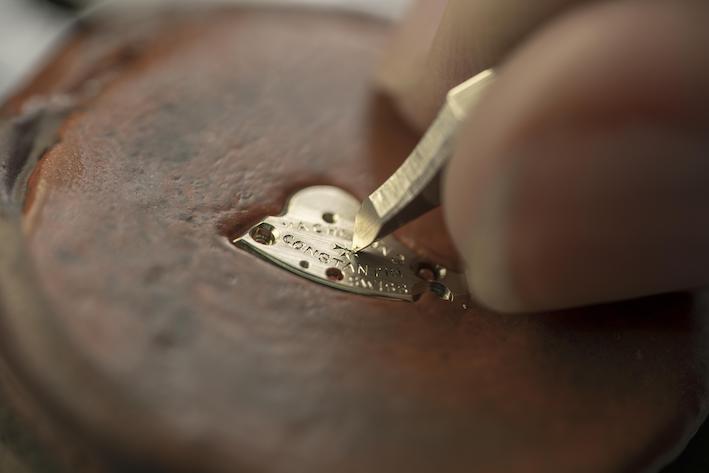 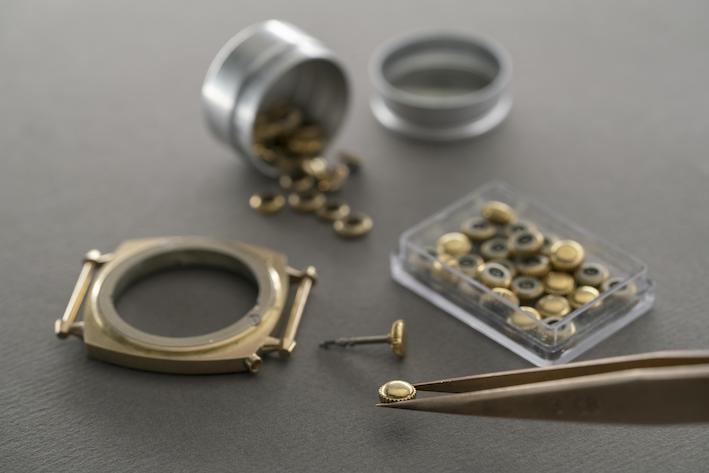 The same goes for the movement: the master watchmakers disassembled the original calibre in order to identify and measure its 115 components. Some parts were found in the workshop’s stocks, like the crown and the hands. Others had to be recreated, starting with the 31.5mm case according to the dimensions of the original American 1921. It was crafted by a goldsmith from the specific gold alloy used for the historical model (18K 3N yellow gold), identified with the help of a spectrometer in order to reproduce its exact colour. This exercise in style continued right the way through to the end of the strap, with a pin buckle cast in the same metal. 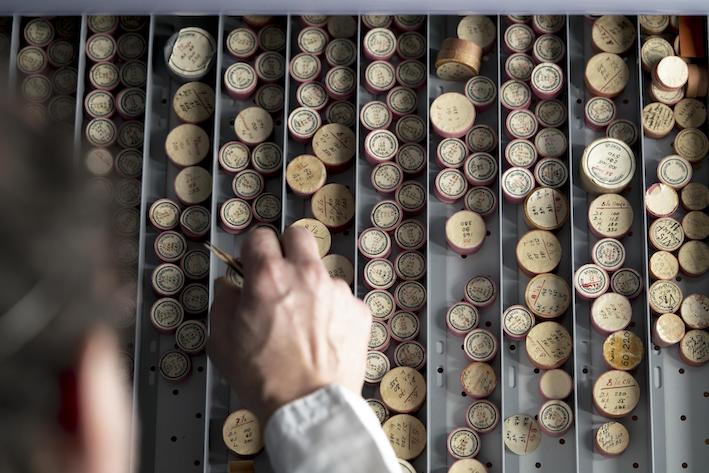 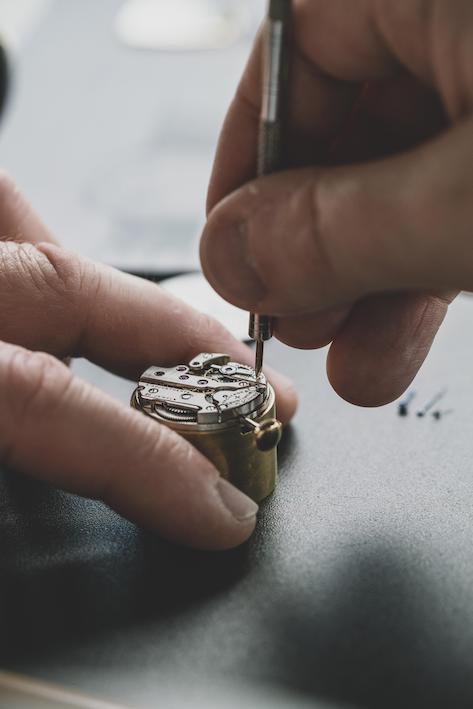 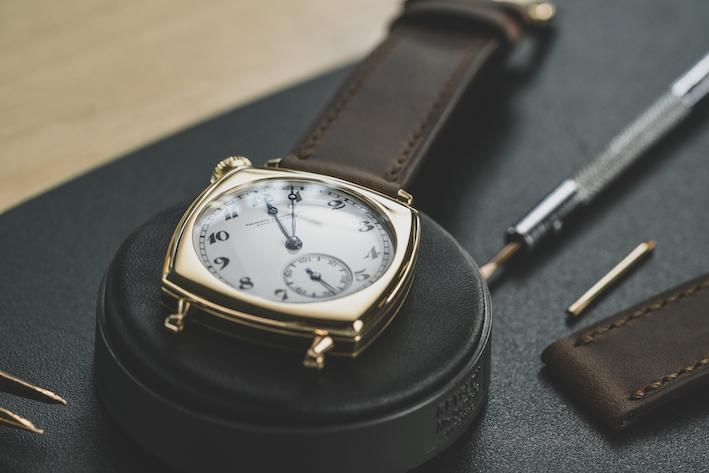 The American 1921 Pièce unique watch takes us back to an era when men's wristwatches were just beginning to gain in popularity compared to the pocket watch, better protected for everyday wear. Choosing to wear time on the wrist was thus a symbol of elegance, which exposed the watch to shocks and external aggressions. Notably humidity. Which meant watch owners had to take an array of everyday precautions, such as taking off the watch when washing their hands. Which is how the watch became to no longer be seen as utilitarian object and instead acquired a more personal, intimate status.

As its name suggests, the American 1921 Pièce unique is a one-off piece. An incredible feat that will be touring Vacheron Constantin stores worldwide until the end of the year. Starting with the new North American flagship store that was recently inaugurated on 57th street Manhattan.