Home›So...PASSIONS›So…Trendy›BMW goes in for extravagance
So…Trendy
by Laurent Caillaud
share this

BMW goes in for extravagance

Based on the R 18, already considered a masterpiece in design in its own right, BMW has given free rein to the Kingston Custom workshop to create the breathtaking motorbike named Spirit of Passion.

Given that you never miss a SoBARNES weekly edition, you’ll already be familiar with the BMW R18, which we presented last summer in its more modest version.  A motorbike like no other, a stylistic masterpiece unanimously praised for its elegance and quality construction. Its engine alone is worthy of entire pages of eulogy, such are the lengths taken to conceal its cooling and emissions control system behind a purely vintage body that takes us back to the ’50s.

Given that the custom neo-retro style of the R 18 naturally lends itself to more daring adaptations, BMW gave designer Dirk Oehlerking and his workshop Kingston Custom free reign to create this Art Deco wonder. And the result is truly spectacular. Not to mention incredibly elegant.

“This project is probably the most impressive of my entire career”, says Dirk Oehlerking, seen hard at work at two points in this video, first with a grinder and soldering iron in hand, then in action, riding his creation (*):

“The BMW R 18 is so perfect that I left the technology as it is”, the designer, well-known for extreme customisation, explains. “The frame is 100% original and so sophisticated that nothing should be changed here”. The biggest eye-catcher – and also the greatest challenge – of this customisation was the Kingston fairing. The bodywork and mudguard is finished in handmade Kingston design, with – as you will have noticed – the ‘kidney grille’ usually found on the brand’s cars. 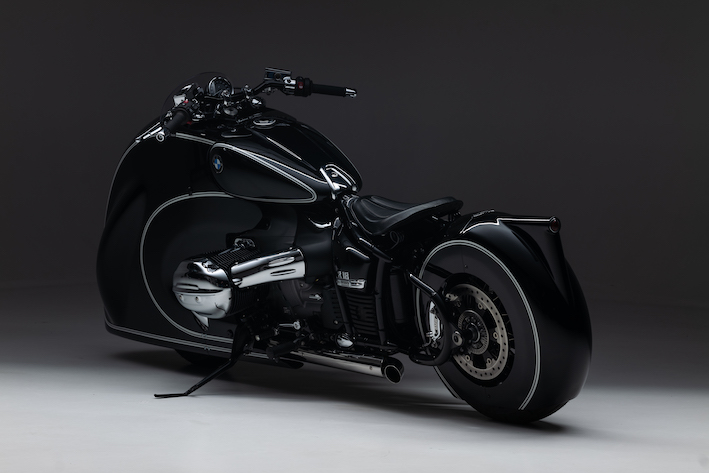 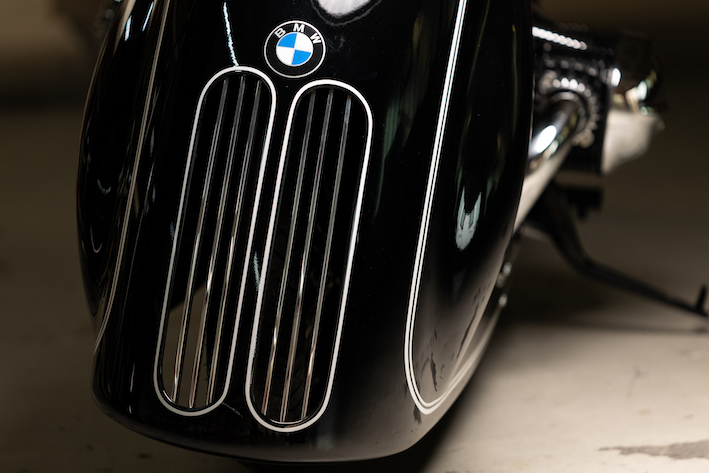 Alas this prototype won't be put into production, even in a limited series. But it certainly has a working engine under the hood! One question is still niggling us though: what if after all it’s more futuristic than retro?

(*) Because SoBARNES always goes the extra mile, we’ve even found the name of the electro tango soundtrack to the video presenting the Spirit of Passion. Not without a certain irony, the track is entitled Hairpin Turns, something this ride could take in its stride.