A loft with an Eiffel to its name

Who would have thought 10 years ago that BARNES would be listing properties in Paris’ 20th arrondissement for sale? O tempora o mores, the Right Bank is seeing a profound shift in its luxury real estate, as the former working-class neighbourhoods in the east of the city become a must for buyers on the hunt for authenticity. As demonstrated by this loft in the Village de Charonne, with a glass ceiling designed by no other than Gustave Eiffel himself!

Just look at that light! Everywhere! Giving this loft its soothing ambiance. Here at the heart of the Charonne district, just a stone’s throw from Père-Lachaise cemetery, in a Paris from another age that is currently being rediscovered by property lovers. This 2,583 sq ft apartment now occupies what was once a speaker workshop. And when we say “soothing”, we mean it. In terms of definitions, “loft” is also entirely fitting, given that the 1,184 sq ft sitting room is entirely covered by a glass ceiling designed by our great friend Gustave Eiffel (that’s right, the one with a monument to his name):

This central space leads off to the master suite and open kitchen, while a large office opens onto a lounge with all the makings of a Moroccan patio under a second glass ceiling (somewhat of a theme). A small bedroom with a bathroom rounds off the ensemble. Just 2 bedrooms in 1,184 sq ft of space, we hear you say? True, but that’s the charm of a true loft. And there’s nothing to stop future owners from reworking the layout.

The two grand pianos facing one another under the immense glass ceiling give an idea of the size of this glazed surface. Speaking of pianos, if they could talk they would have many a tale to tell of the jam sessions held by a famous French singer who just so happens to be the sister of the loft’s current owner... (that’s all you’ll get out of us, ask the mistress of the house if you want a name). 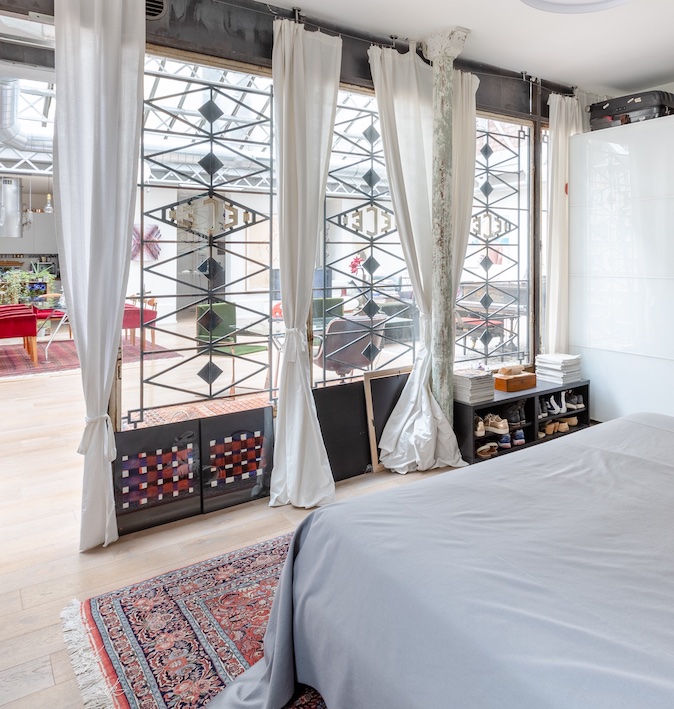 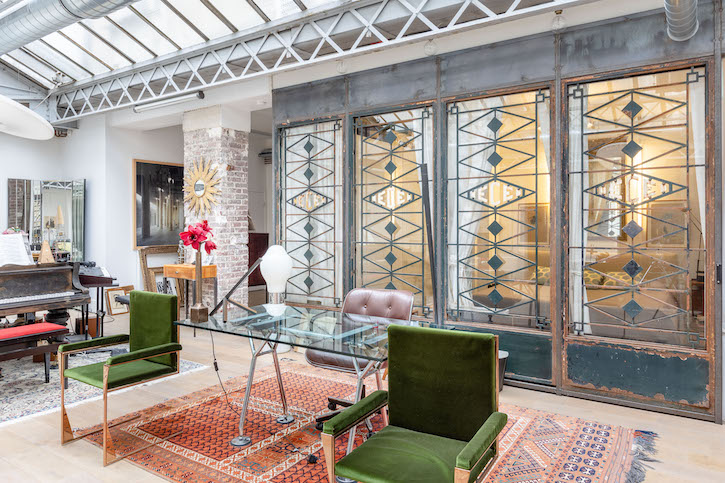 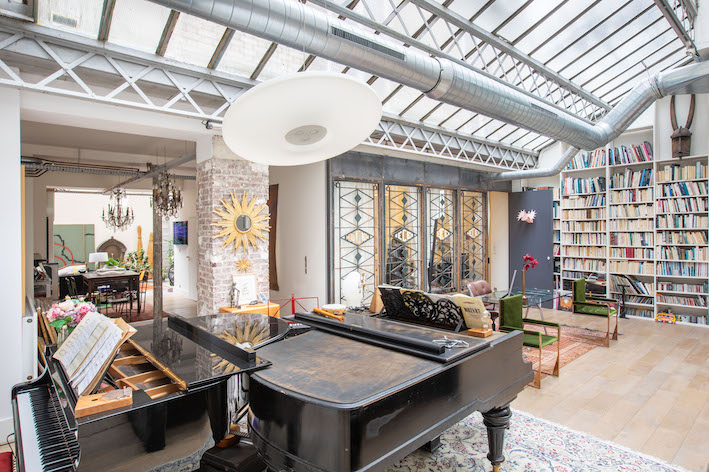 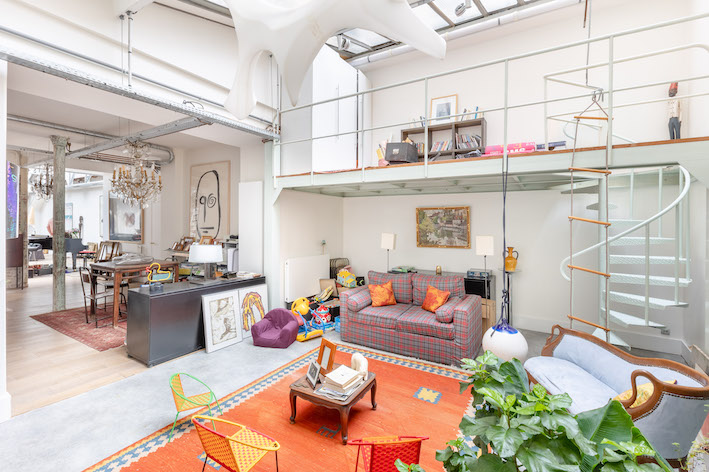 And as if the charm of this exceptional loft wasn't enough, Sébastien Mouton, Director of BARNES Paris Est, has another ace up his sleeve: The Guardian ranked the Charonne neighbourhood, around Place de la Réunion (and you can't get much closer than this), as “one of the top 10 “coolest” in Europe” in 2020. Just keeping you in the loop!

Incidentally, the price tag for this loft is €1,890,000,  with all signs pointing to a continued value gain in coming years.

And it wouldn’t be right to end without a SoBARNESpedia fact:

The Village de Charonne was annexed to the city of Paris in 1860 under the leadership of Baron Haussmann, yet long retained its independent and rebellious spirit. Which earned it its leading role in the Paris Commune insurrection (18 March – 28 May 1871), the 150th anniversary of which happens to fall on the exact day this article goes to press.

On a lighter note, the Saint-Germain de Charonne Church, one of the oldest in the capital, rose to fame as the setting of the final scene (the wedding) in the comedy film Les Tontons Flingueurs in 1963