The Speedmaster ‘Silver Snoopy Award’ 50th anniversary, presented this week by Omega, is a unique reminder of the finest hours of space conquest.

A watch with Snoopy featured on the dial? Obviously meant for children, you’d think. But you’d be wrong. The watch recalls the extraordinary adventure of the race to the stars. The special connection between Snoopy and NASA dates back to the 1960s, when Charles M. Schulz depicted his favourite beagle on the moon. His comic strips captured the excitement of Americans at the time, and established Snoopy as a symbol of space exploration. In 1968, when NASA went in search of a ‘face’ for its safety programme, Snoopy was the obvious choice! In fact, Snoopy became so beloved by the astronauts that they created a prize in his name. Designed by Charles M. Schulz, the Silver Snoopy Award is presented by the astronauts themselves to people or companies who they believe have contributed significantly to “the success of human space flight missions”. This personal recognition from the flight crews is considered to be a highly esteemed honour, one only bestowed on 1% of eligible recipients since 1968. 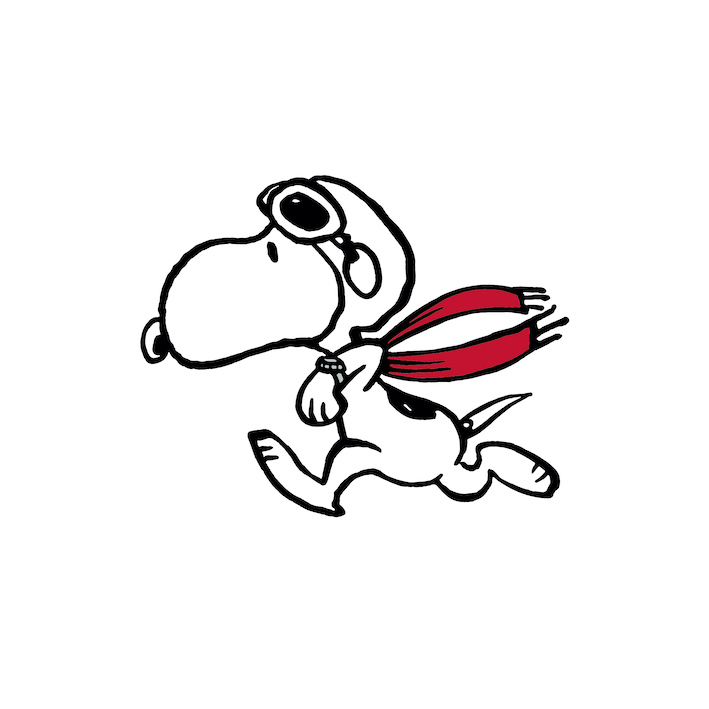 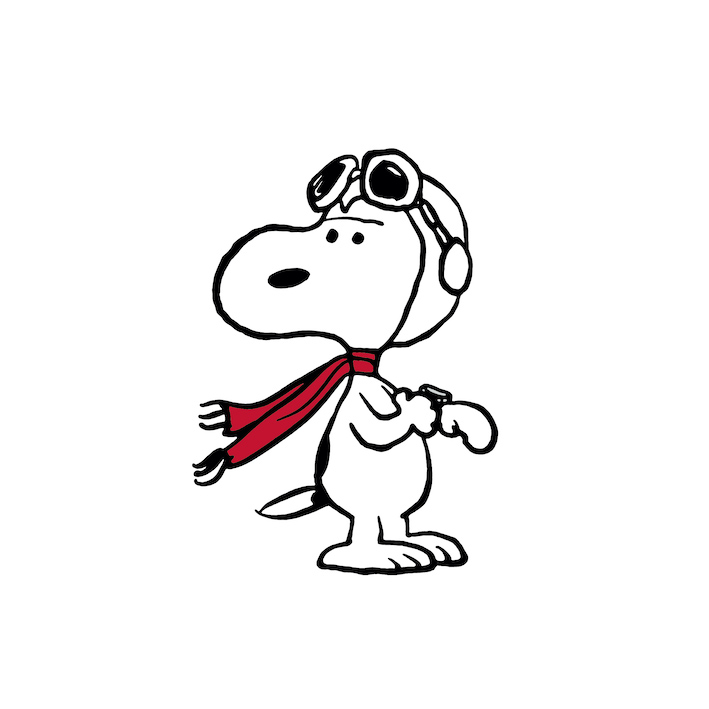 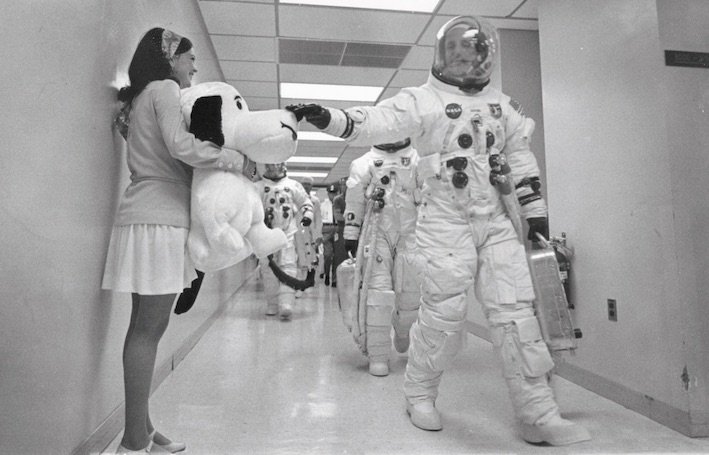 So where does OMEGA come into it? The Speedmaster was declared, “flight qualified for all manned space missions” in 1965, and became the first watch worn on the moon in July 1969. But it was the Apollo 13 mission, in 1970, that truly engraved its name in the history books. When an oxygen tank exploded on board, just two days after launch (“Houston, we have a problem...”), the crew was quickly moved into the Lunar Module. To conserve energy, the astronauts shut down nearly all power – including their digital timers. As the mission had drifted off its intended course, it meant that the module would re-enter Earth’s atmosphere at the wrong angle, and bounce back into space with no chance of recovery. Therefore, to manually readjust the course, an exact 14-second burn of the engine was required, with no room for error. Without their digital timers, the crew used their OMEGA Speedmaster chronographs to precisely time the burn. Thankfully, the manoeuvre was a success, and, on 17 April, Apollo 13 splashed safely back to Earth (of course you knew that already, you’ve all seen the Ron Howard's film).

Exactly 50 years later, a special edition of the Speedmaster Snoopy has been unveiled by Omega to commemorate the event:

The legendary beagle plays a prominent role within the timepiece, appearing in his famous spacesuit on the blue subdial at 9 o’clock. But it’s on the caseback that the fun really begins! This time, Snoopy has gone into orbit in his animated black and white Command and Service Module (CSM). When the chronograph seconds hand is in use, Snoopy takes a trip around the far side of the moon – just like the Apollo 13 crew – with the lunar surface being decorated on the sapphire crystal. The Earth disc, meanwhile, rotates once per minute, in sync with the watch’s small seconds hand. 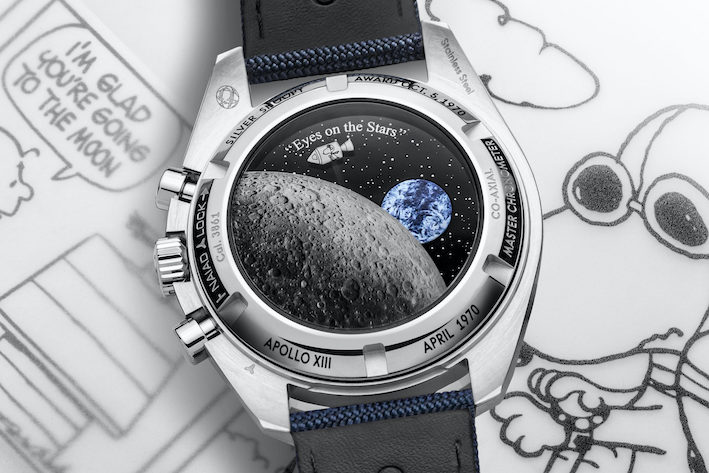 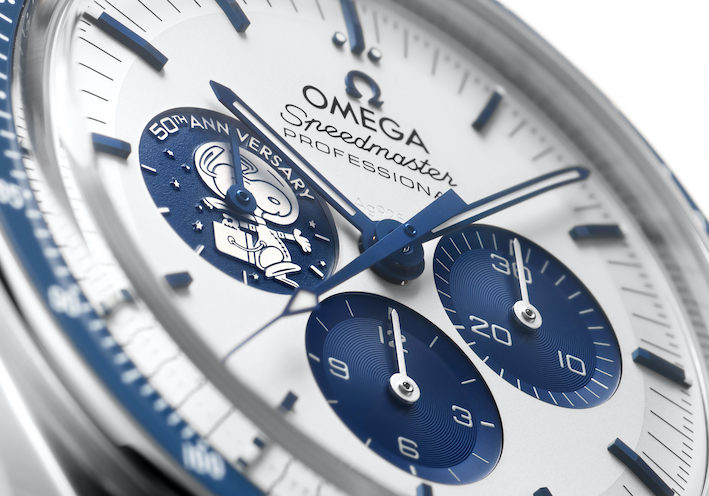 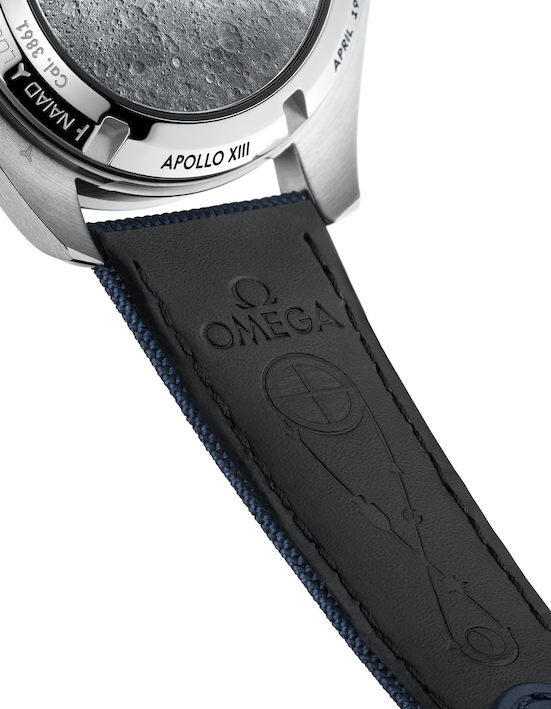 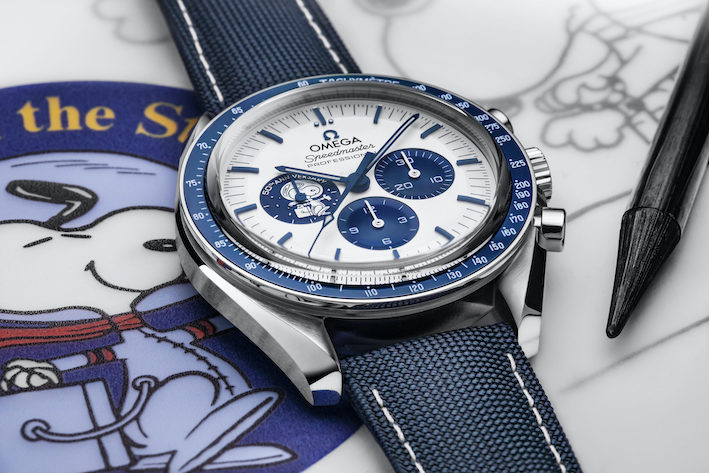 Behind this brilliant ‘souvenir’ is a masterpiece in watchmaking, driven by the OMEGA Co-Axial Master Chronometer Calibre 3861. The timepiece comes with a full 5-year warranty, and will not be a limited production, the brand’s strategy to avoid overbidding on the collection.

So what’s the SoBARNES detail that clinches it, you ask? The lining of the strap features the trajectory of the Apollo 13 mission...

And lo, Maserati created the MC20 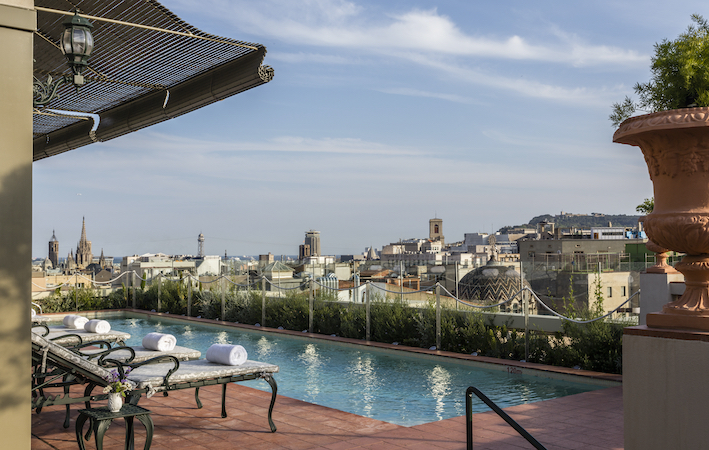 Barcelona takes to the rooftops at El ...