Admit you’re intrigued by the photos. The fourth and last ‘bubble house’ by Antti Lovag – for sale with Barnes Lyon – is a manifesto in architecture. #SoBarnes is here to take you on a tour of this listed building resembling a spaceship from the 1970s.

The four ‘bubble houses’ from Antti Lovag (1920–2014) are much more than flying saucers. They were designed to rewrite the rulebooks of architecture. From the outside, you’d think they were straight out of a sci-fi film or some 1970s cartoon. We now discover that they foreshadowed the evolution of architecture made possible by 3D printers.

The most famous of Antti Lovag’s bubble houses is venerated in schools of architecture worldwide: the Palais Bulles, perched on the heights of Théoule-sur-Mer, draped over almost 12,915 sq ft and looking down on the Mediterranean. The house is made up of an open-air 500-seater amphitheatre, a reception room for 350 guests, a lounge with a panoramic view, ten suites, and countless gardens and swimming pools. Its current owner is none other than fashion designer Pierre Cardin, who bought the property in 1992. “Cellular forms have for years seemed to me the physical expression of my ideal environment. And this house clinging to the rocky outcrops of the Estérel massif has become a little corner of paradise for me,” Cardin explains.

So #SoBarnes naturally didn’t want to miss out on the sale of Antti Lovag’s fourth bubble house. The property is just north of Lyon, in Fontaines-sur-Saône. Listed as a Historic Monument in 2017, this 3,767 sq ft house is designed as a network of bubbles. Couple Hélène and Christian Roux from Lyon had it commissioned it in 1985. To understand the house, you have to surrender to its spaces, adjust your sight to its rounded contours, forget your references and soak up the place's unique atmosphere. Rather like at the Sagrada Família in Barcelona. You have to rethink everything. You have to willingly give yourself over to the edifice’s curves. There’s not a single corner or straight angle in sight. And don’t bother looking for any. Antti Lovag loathed them. From the corridors and swimming pool to the lounge, no space breaks the rule: everything is circular, spherical or elliptical. Including the furniture, which the architect also designed in line with his thinking.

Adjustable and flexible, the furniture can be moved around. And the walls open and close to adapt to the seasons. For example, the bubble dining room – attached to the kitchen – can be opened at will for an open-air lunch on the 646 sq ft patio, weather permitting. 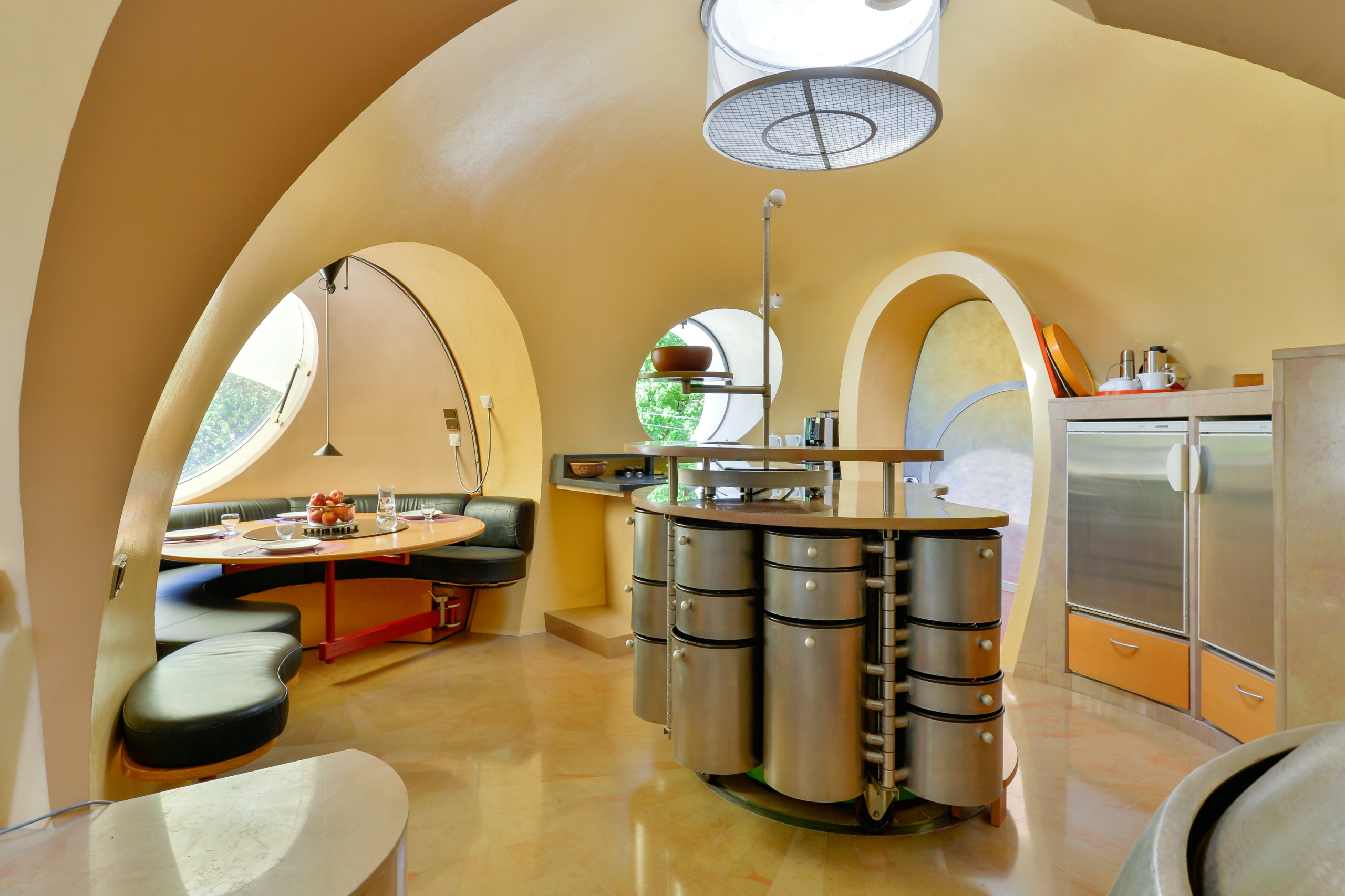 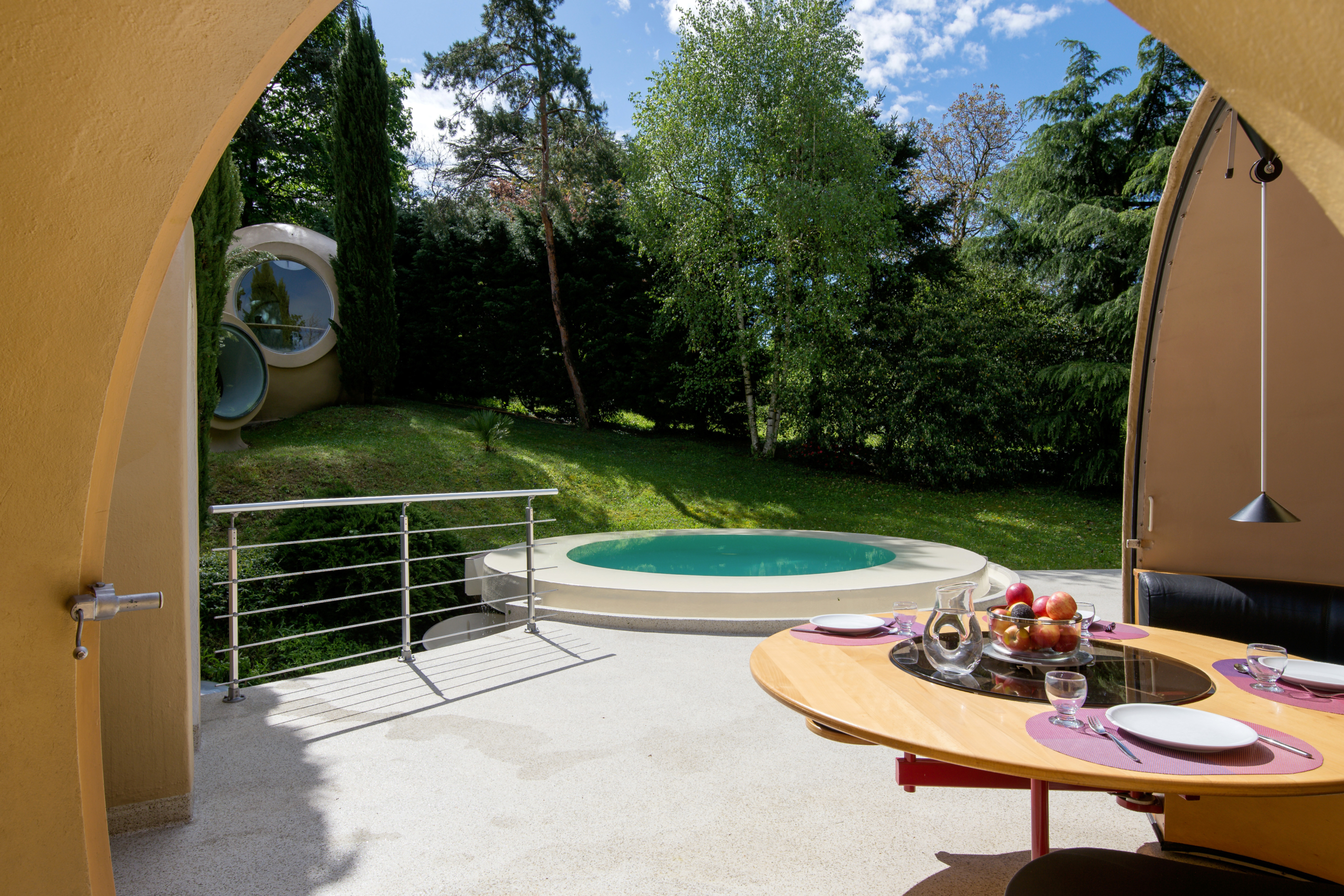 A metal lattice in round shapes

This last villa by Antti Lovag was designed entirely on the basis of plans and drawings, before being refined by simulation with the installation of shaping templates. How is a bubble house built? It all starts with a framework of reinforcing bars, a metal lattice in round shapes. Then the architect meticulously shapes the outside openings one by one to highlight a certain point of view or detail in the landscape and make the most of the light depending on where the sun is on its path. The structure is then covered with a finer grid that forms a shell able to hold the concrete. An insulating concrete is then added for thermal insulation, followed by a second, thinner layer of concrete on the outside, covered with a fabric-reinforced waterproofing paint. The "hull" is then finished. Each room is designed to best meet the needs of its occupants. As an architect of intimacy, Antti Lovag intended his houses to be envelopes for people, the inside taking precedence over the outside. His bold stances and decisions produced four unique, highly sensual creations. Their originality celebrates his deserved status as a freethinker. Antti Lovag’s four bubble houses can be instantly recognised. They’re not just part of France’s architectural heritage, they belong to another world too. The world of art.

And that’s another reason to investigate this house for sale through Barnes Lyon.

Find out more about a dream that became reality: Villa Roux. 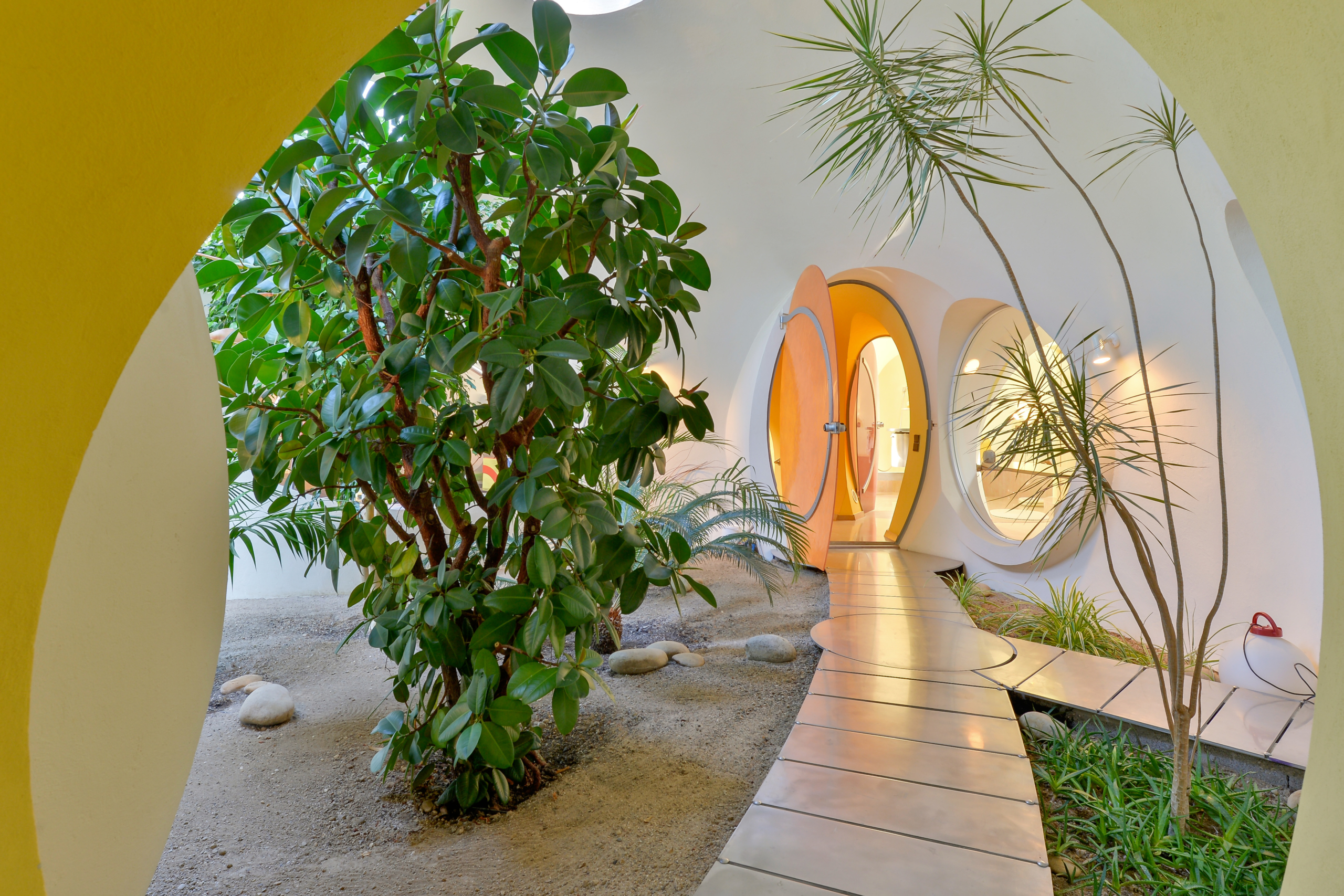 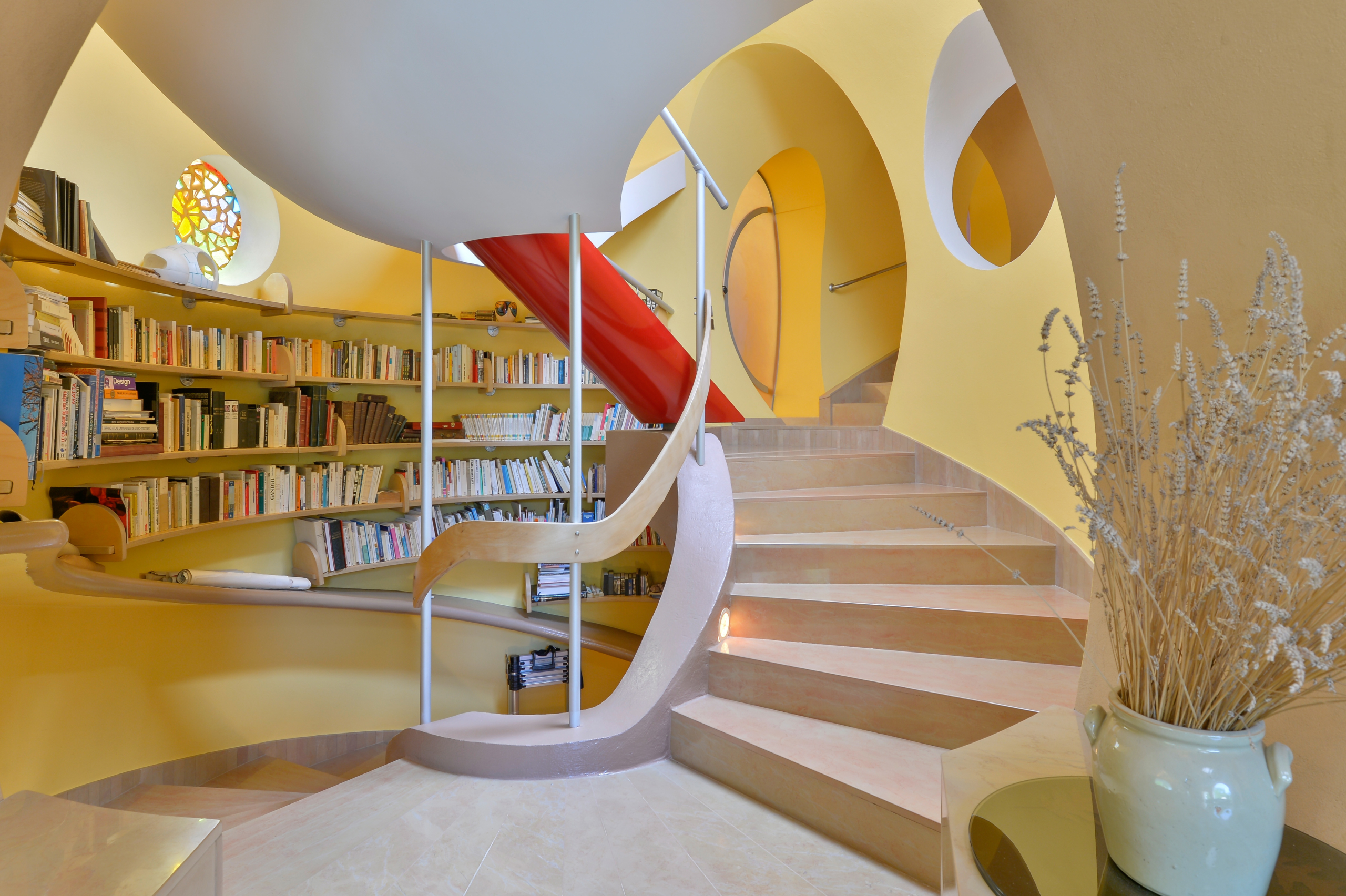 Alanea, the Basque version of beauty Piaget – The Poetic Beauty of the ...

A penthouse a few minutes from Place Bellecour, an apartment on the park of Tête d'Or, a house in the countryside of Lyon ... The best real estate in Lyon by the real estate agency, BARNES Lyon.