Large spaces and big cities, historic roots and vibrant modernity: the appeal of Quebec just continues to grow. The feeling of safety, the quality of its education system and healthcare facilities, the development of home office working, and the tolerance and friendliness of its population make Canada’s “La Belle Province” (“beautiful province”) a leading destination in tune with contemporary aspirations. People come here to find a work-life balance, and to reconnect with nature while enjoying the advantages of the city. It’s no coincidence that the latest BARNES Global Property Handbook ranked Montreal among the top 20 cities to invest in.

The property market: prices on the rise still accessible

Prices are on a sustained upward trend. The price per square metre for condos has risen by 36% in the last 5 years across Quebec and by 40% in Montreal, and by around 54% for houses. A high-end apartment in Montreal goes for around CA$ 8,300 while a premium property will set you back CA$ 13,000. House prices are between CA$ 9,400 and 12,500. Le Sud-Ouest and Le Plateau-Mont-Royal attract a young clientèle, while wealthy families prefer the central Westmount, Outremont and Hampstead districts. Around Montreal, in the open countryside or on the lakeside, second homes are in high demand in the Estrie and Laurentides regions.

Our advice: invest in Montreal

Montreal continues to develop with excellent new-build opportunities. Prices are more accessible here than in most other major North American cities. The most sought-after neighbourhoods are Le Sud-Ouest, Verdun, Westmount, Rosemont and Le Plateau-Mont-Royal. Griffintown, Ville-Marie and Ville Mont-Royal will soon see the arrival of an REM station, the new Metropolitan Express Network, commissioned this year and connected to the metro and the airport, thus pushing up property values.

Recommendations BARNES Quebec has very good relationships with major developers in the city, granting its consultants VIP access to pre-sales for the hottest new-build schemes. Buying off plan remains an excellent long-term investment. The agency based in Montreal recently assisted a large number of buyers in the purchase of highly desirable units within projects such as Le Sherbrooke, Victoria sur le Parc, 1 Square Phillips, MAA, 1420 Mont-Royal and 628 Saint-Jacques.

Top locations Montreal is the only major city in Canada not to tax foreign investors (unlike Vancouver and Toronto).

BARNES has put together a selection of top restaurants, cultural venues and dream getaways to recharge your batteries at the heart of the Quebec region. Diaries at the ready! 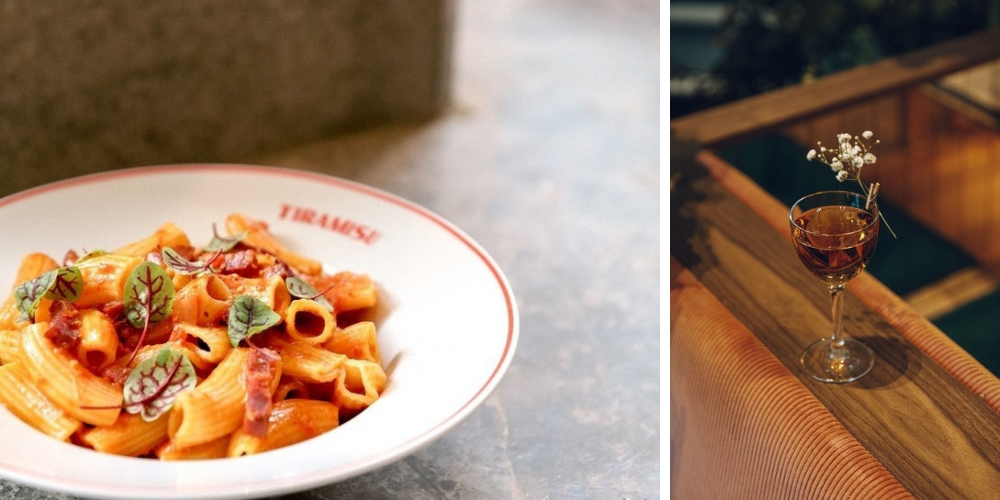 The latest in vogue Italian-Japanese restaurant. Featuring a 1960s Italian design, the restaurant is part of the brand-new Hampton by Hilton hotel opened in November 2021 at the heart of Montreal’s China Town. A must-try dining experience. If you’re as hungry as a bear, head to the single-product restaurant Mignon Steak, which serves up carnivorous dishes with french fries and sauce. A masterpiece by Chef Pat Marion, cooked with the greatest of care in a 1970s Parisian bistrot ambiance. Order up! 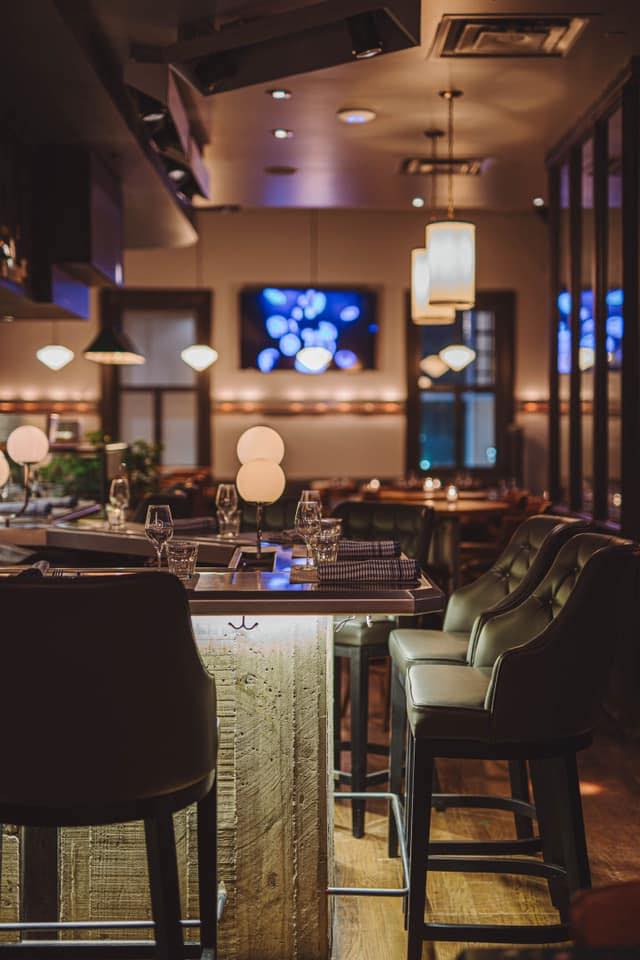 For a new dining experience, this trendy oyster bar is the latest addition to one of the city’s most high-profile restaurants, Jellyfish Crudo + Charbon. Raw or cooked oysters in an array of astonishing flavours — umami and carbonara — as well as pizzas and elaborate vegetables. Convivial and quirky! 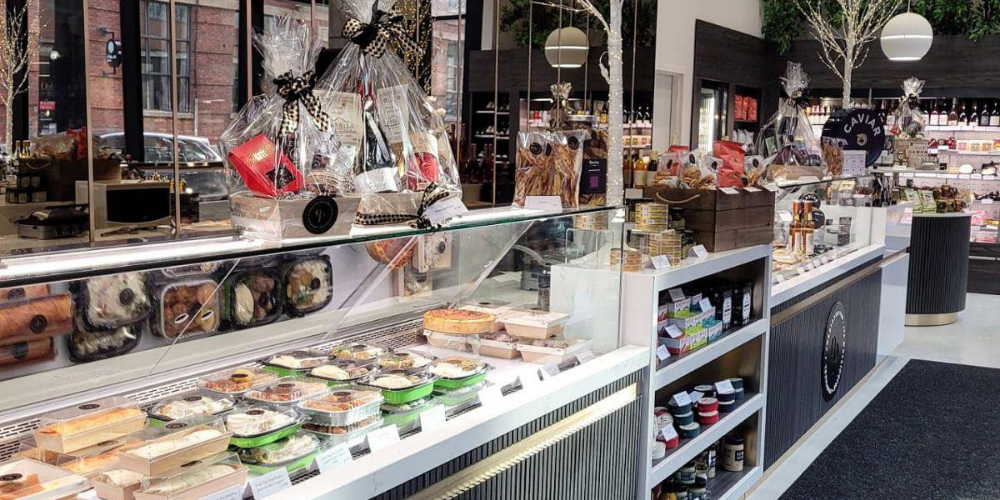 Make way for ultra-gourmet desserts by acclaimed Chef Olivier Potier at the heart of Old Montreal. His signature dishes? The lemon pie and the chocolate and caramel ‘Carré Doré’. A gourmet grocery store serving the ultimate in chic desserts. Perfect for a tasty bite. 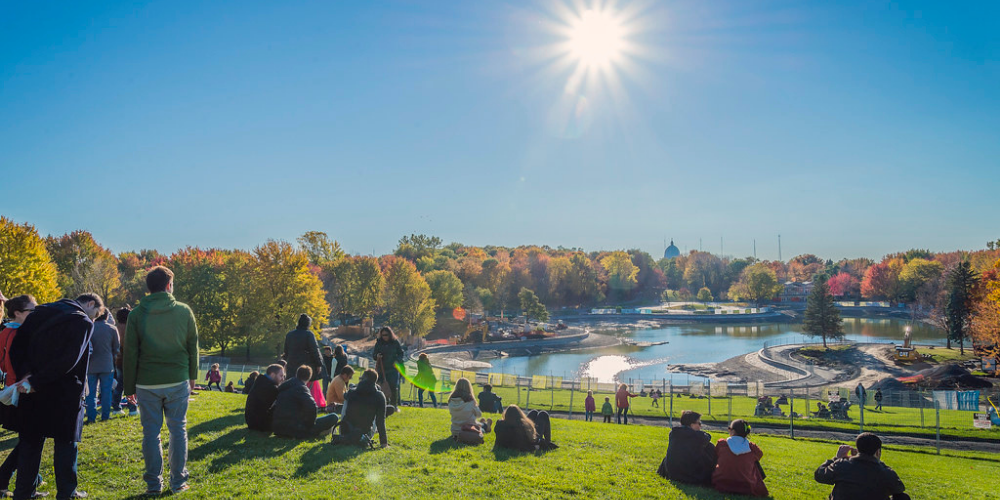 The city’s green lung at an altitude of 233m. Like Primrose Hill in London, it’s the ideal spot to admire Montreal’s skyline. For the best view, head to the Kondiaronk belvedere. 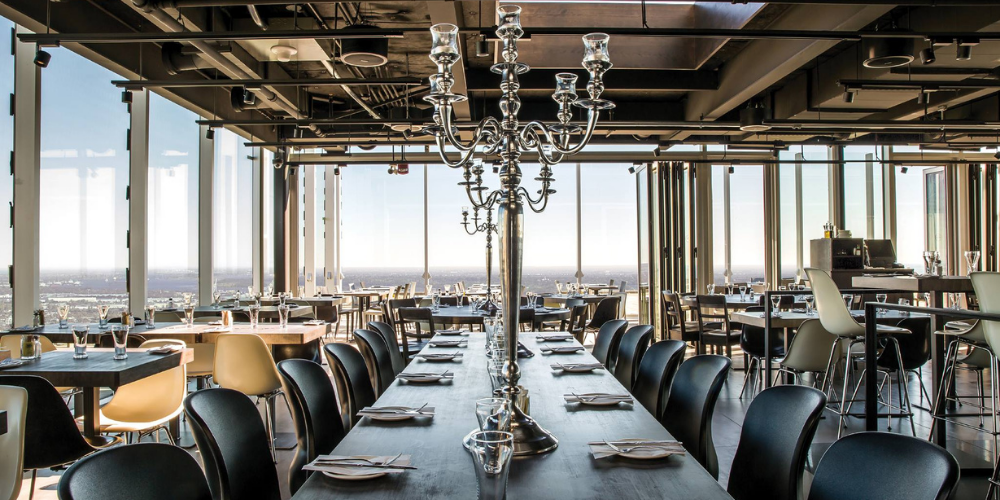 A two-in-one experience: enjoy spectacular views over the city from the panoramic terrace of this restaurant on the 44th floor of Place Villa-Marie.

Until 5 March, the festival that has been lighting up the city since 2000 will be dazzling visitors with its winter wonderland. On the agenda, culinary concoctions, illuminations, giant film projections, a raised skating loop on the Place des Festivals, and the famous ‘Nuit Blanche’ all-nighter combining urban and cultural adventure. 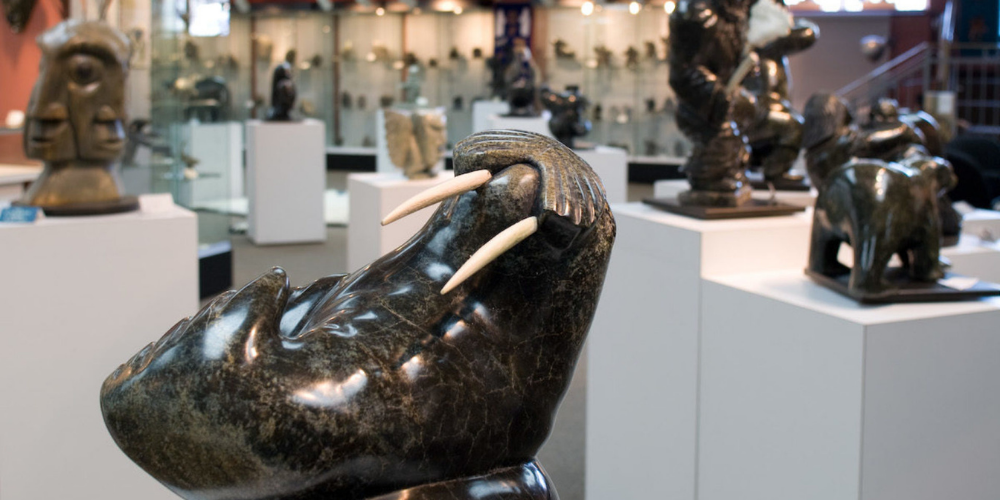 To rediscover Canada’s roots, there’s nothing quite like a stroll along the paved streets of Old Montreal with its elegant Aboriginal and Inuit art galleries like Le Chariot, specialised in Inuit and Iroquois art sculptures. Truly wondrous. 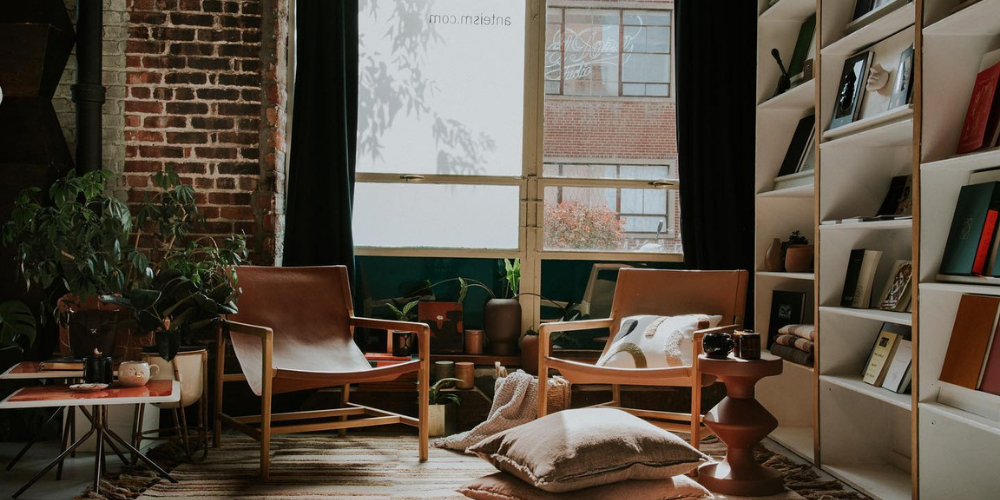 The best of retro served on a silver platter: the vintage and industrial style furniture and home accessories store in Mile End, launched in 2012 with the later additional of an online store, is a firm favourite in Quebec. A bargain-hunter’s dream, in the warm and dry! 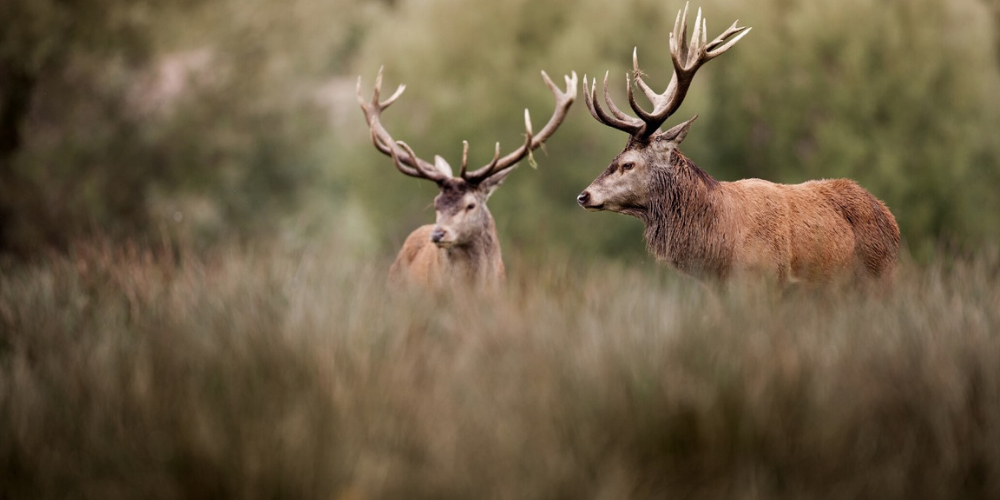 Follow the Parc Omega safari route in Montebello, between Montreal and Ottawa, to discover the many species of Canada’s fauna. Wapitis, bisons, foxes, bears and wolves roam virtually free in their natural environment. Twelve kilometres of picturesque lakes, prairies and forests to explore from the comfort of your car. Make sure to keep an eye out for Canada’s most iconic animal: the moose. 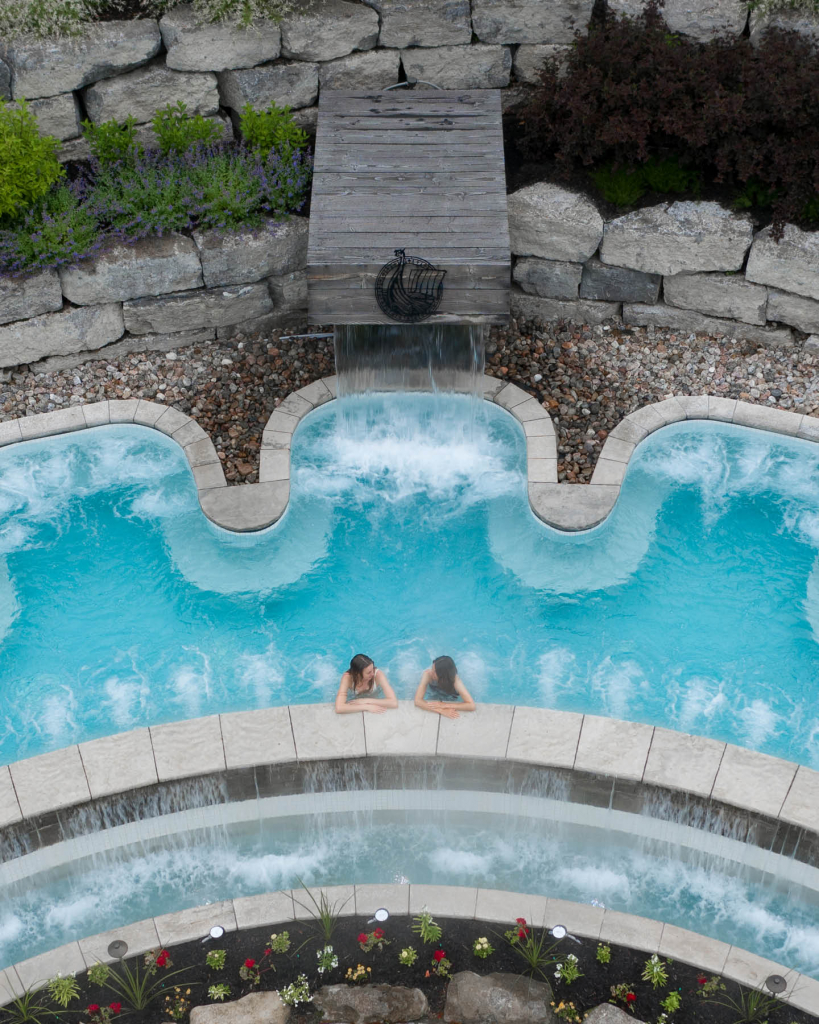 Pamper yourself at the Scandinave Spa Mont-Tremblant. Built within the Laurentian forest along the shores of the Diable River — with direct access to the river — at the heart of nature, it rejuvenates the senses with its Finnish dry saunas, Norwegian steam baths, open-air hot baths and Nordic and thermal waterfalls. A gem open year-round.