Our favorite property of the week 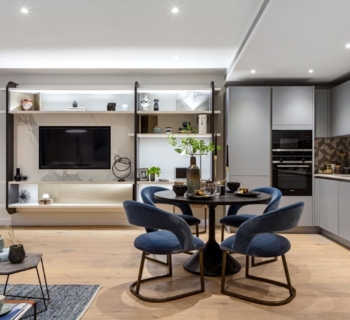 The price is nearly a secret
Life in pink ... and green, in the heart of London 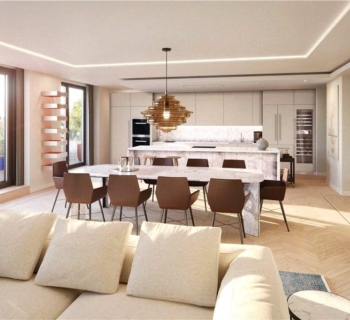 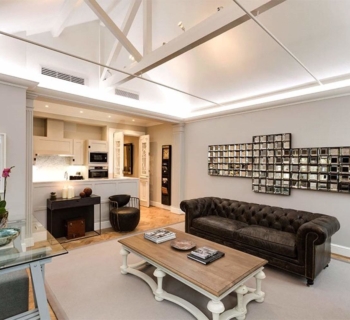 The price is nearly a secret
Small or big palace, all in London
Located in the heart of the West End, London’s downtown area, Soho is undoubtedly the most lively and trendy area in ​​London. It is here that everything happens. The hippest cafés, bars and restaurants have chosen to live there, while cinemas, theaters, record stores, and vintage shops continue to perpetuate the neighborhood’s artistic soul.

Formerly known as a neighborhood favored by 20th-century writers, artists and intellectuals, today Soho is renowned for being a friendly, eclectic, and dynamic neighborhood where the word "boredom" has been eradicated from the vocabulary of its inhabitants.
Among the many activities offered by the neighborhood, Soho is home to many cultural and tourist sites:

Serviced by Oxford Circus, Tottenham Court, and Leicester Square subway stations, the area is very accessible to all London’s residents.

Appreciated for its Georgian architecture, Soho is a nest of beautiful townhouses with timeless charm, providing immediate access to the neighborhood’s many amenities. Behind their brick and stone facades are beautiful apartments for sale, with large volumes, high ceilings and elegant interior decorations.
At the corner of its paved paths and narrow alleys, you’ll also find large duplexes and triplex for sale in Soho, designed with care by interior designers and avant-garde architects.
Last but not least, luxury penthouse apartments with large terraces in new or renovated buildings offer stunning views of London.
Luxury apartments for sale in Soho are situated on Brewer Street, Noel Street, Oxford Street and Regent Street, the neighborhood's main roads.
The real estate market of London is very attractive, it presents beautiful real estate opportunities to be grasped at just the right moment.

Becoming an owner in London requires expertise. That’s why our BARNES London team is at your disposal to assist you throughout the your process to buy apartment in London, from the initial search until you sign the offer to purchase. Contact our agency in London.

Receive our lists of properties