White walls, blue sky, turquoise waters. At first glance, you would be forgiven for thinking that the Villa Los Leones is perched on a cliff top in Santorini. But no, you’re not on the wrong island, we are indeed in St. Barts, with its capital Gustavia just a few miles away. And those are indeed the mellow vibes of the French West Indies that permeate this haven of peace. Pero Feric, the house’s owner, envisaged it as “a cocoon of love for his family”. A cocoon that is now looking for a new family to love.

The design of this one-of-a-kind villa was entrusted to one of the star architects in St. Barts, Pierre Monsaingeon, who truly brought its owner’s idea to life: Los Leones radiates love and commands a sense of wonder. Construction of the villa was completed in 1991 with the utmost respect for the environment, and with the sea as the sole horizon. Blending seamlessly into the hillside of Pointe Milou, the building works required no levelling or clearing. Its natural setting has been entirely preserved, somewhat of a visionary approach in the early 90s. Boulders of volcanic rock can be seen here and there, providing the foundations for the villa. The rooms are harmoniously staggered over the sloping ground. The lounge, the four bedrooms, the sitting room and the meditation room all open onto the exterior. Its concrete roofs keep the house naturally cool, while the white walls reflect the heat. Its position on the cliff face, almost as though it was welded to the rock, provides stability even in the strongest hurricanes. The result: neither Louis (1995) nor Irma (2017) left any damage to its structure.

The villa did not come to be in this spot by chance - the location was carefully selected for its exceptional scenery on the hilltops of Montjean. Below, accessible by steps dug into the rock, is a beach nestled in a cove with crystal clear waters. With, as an elegant touch, a natural pool sheltered from boats thanks to its coral reef. 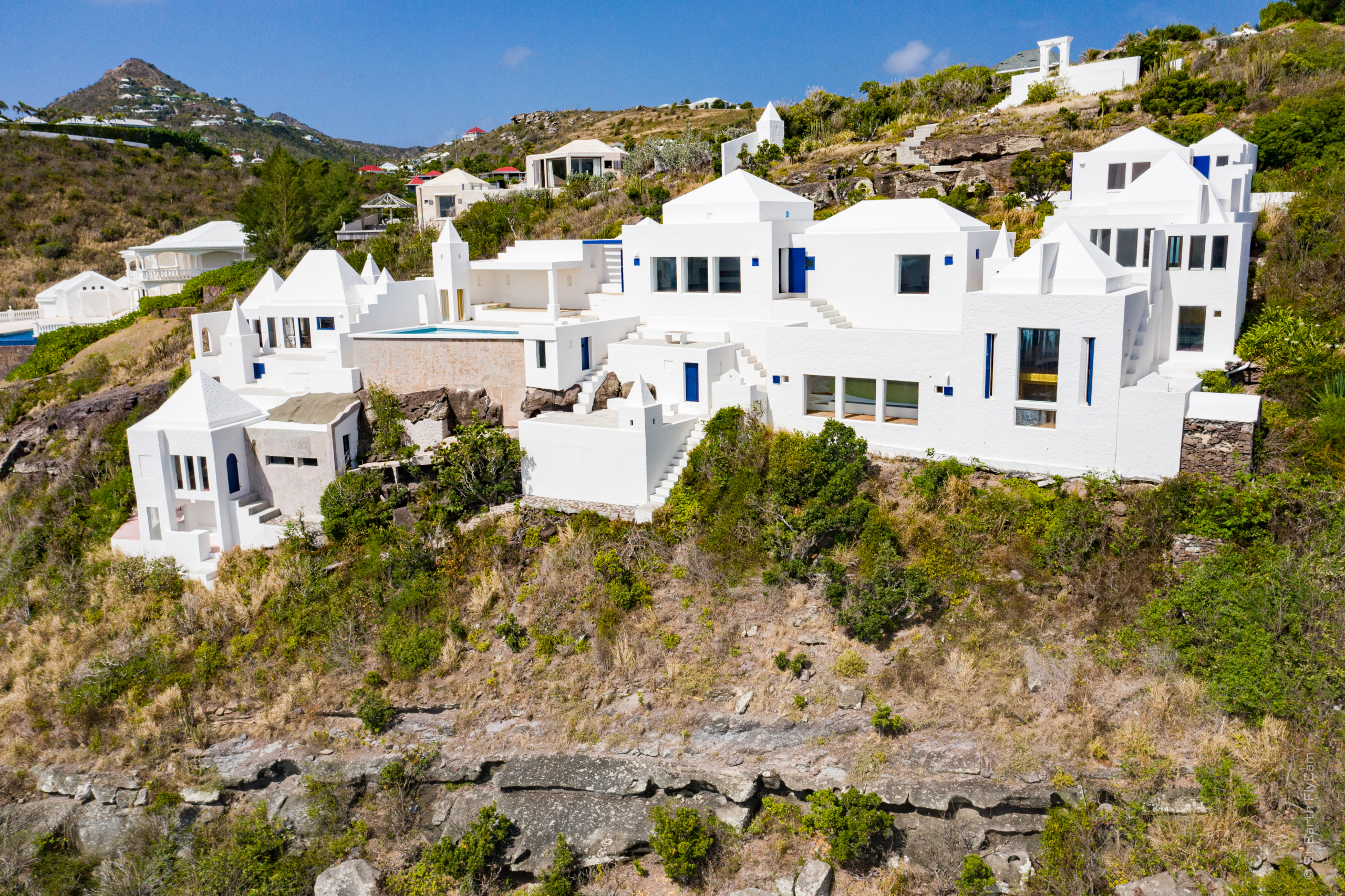 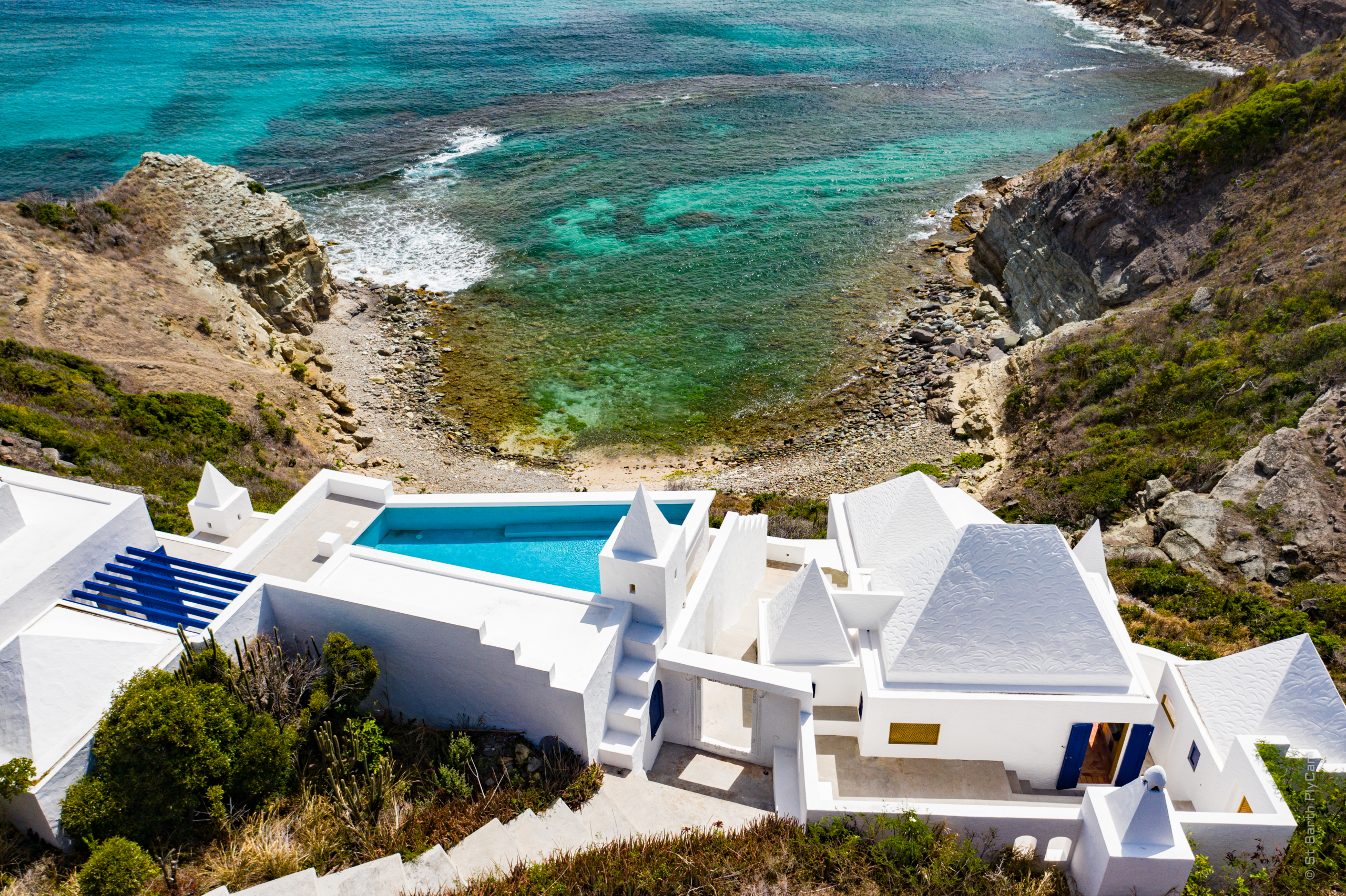 More than just a villa, an icon acclaimed by the finest photographers

The many outside terraces are ideal for hosting gatherings and glamorous soirées, as well as yoga sessions at sun rise to the sound of the breaking surf. The artistic directors of the world’s leading fashion and decoration magazines are not wrong: the geometric lines, the striking contrasts highlighted by the white of the building, the breathtaking views and the feeling of having arrived at the edge of the Earth could not fail to captivate even the most demanding photographers. An open-air studio, the villa has also provided a backdrop for numerous photo shoots for the advertising campaigns of major brands like Ralph Lauren, Calvin Klein and Victoria’s Secret as well as for magazines like Vogue, Harper’s Bazaar and Elle. The greatest names in photography have climbed the steps of the property, including Patrick Demarchelier, Marco Glaviano, Gilles Bensimon, Peter Lindbergh, Steven Meisel and Antoine Verglas.

Find out more about Los Leones, the legendary villa on the Caribbean’s most glamorous island 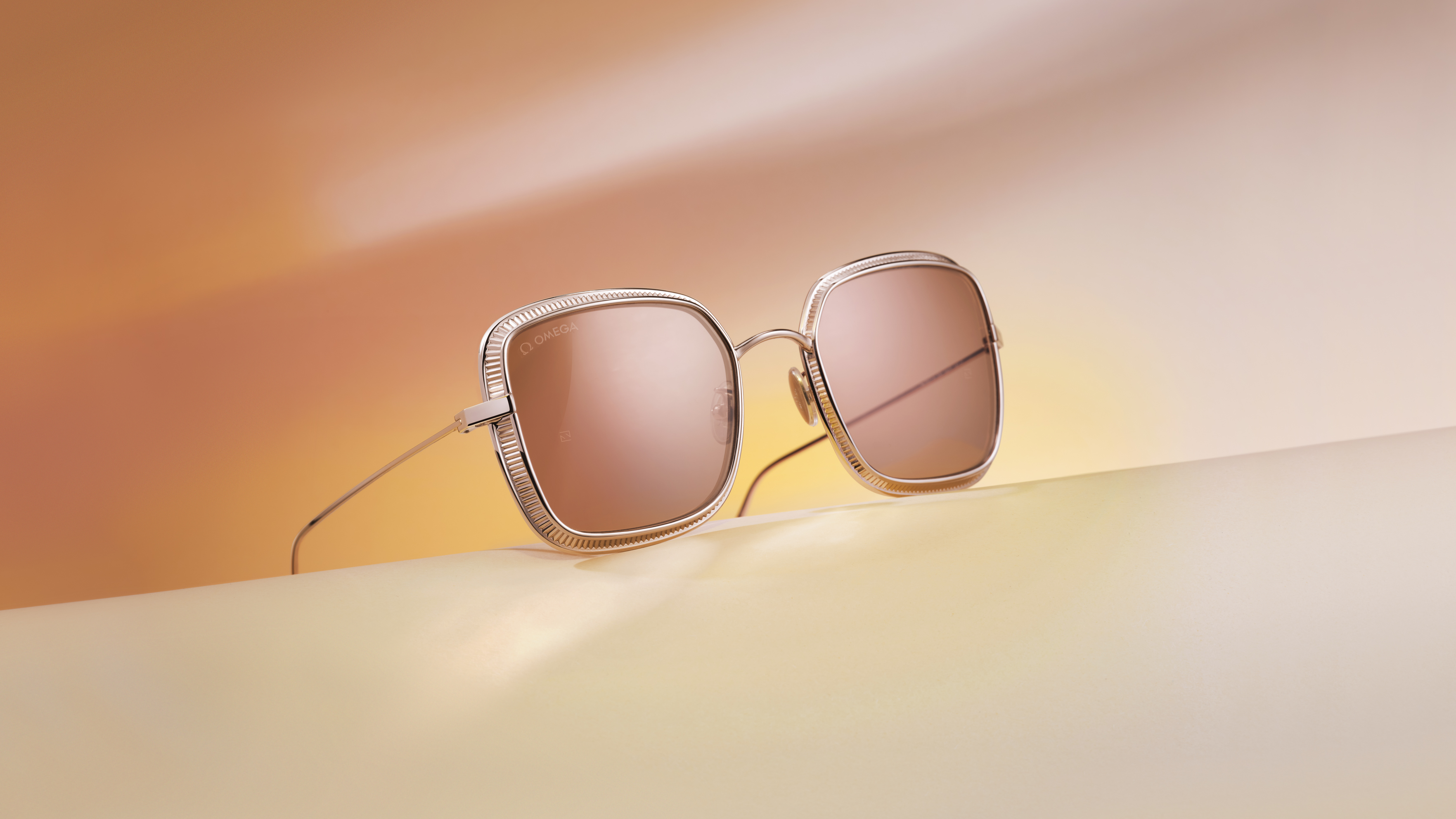